Every year, the Wisconsin State Fair has numerous adventuresome new foods, from chocolate-smothered bacon to deep-fried butter. This year, Big Sky Bar & Grill, located at Third and Central Streets on the north end of the fair grounds, gets the blue ribbon for the fair's boldest grub.

For the past several years, however, Big Sky Country Bar & Grill, located at Third and Central Streets on the north end of the fair grounds, has earned the blue ribbon for the fair’s boldest grub. The item is listed on the menu as "Rocky Mountain oysters," but if one thinks about it, the chance of finding oysters in the Rocky Mountains – or any mountains – is slim to none.

So what the hay is this fair fare? 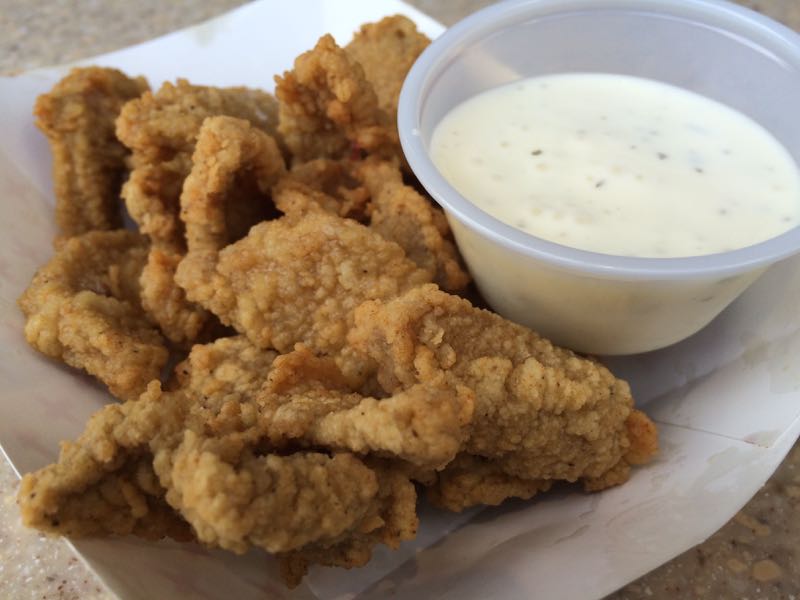 Big Sky Country offers a variety of daring food items for breakfast, lunch and dinner, including candied black pepper bacon and a pork belly burger buster, but the "oysters" – which are available breaded or Buffalo style – are undoubtedly the most daring.

We sampled the breaded version ($9) and found them less round than we expected. They taste, no joke, a lot like chicken – or chicken fried steak. A little chewier, but certainly a familiar meat taste. The breading was flavorful with a spicy kick.

Schroeder says he and co-owner Kevin Riley were trepidatious about ordering 200 pounds of bovine testes, but in their first year on the menu in 2015, they sold all of them within two days and ordered more.

"It started out as a joke, but people really like them. A couple from the Southwest, where they are more common, said they were the best they've ever had," says Schroeder. 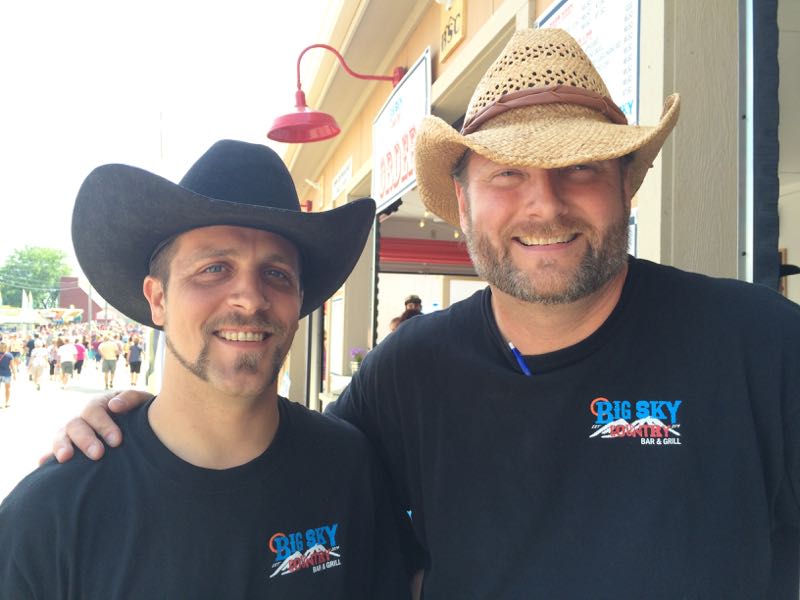 Schroeder opened Big Sky Country in 2014 with Riley. Both men are longtime employees of Kelly’s Bleachers and would eventually like to expand Big Sky to a year-round concept somewhere in the city.

"The name has nothing to do with Montana. It’s about driving from Milwaukee to Madison and seeing only fields, the horizon and sky," says Schroeder. "Or when you’re driving across Illinois or Indiana and it’s all big sky."

This is Big Sky Country's fifth year at the Fair – it replaced the Starlight, which was on the fairgrounds for 40 years. Over the years, Schroeder and Riley have added a new speaker system, regular live bands and big yellow flags with words "music," "food" and "beer" on them to alert people they were a bar and restaurant.

"Because we’re on the north end – the agricultural area – and we’re in a barn-like building, people didn’t always realize we had music, beer and food," says Schroeder.

Schroeder says some fairgoers have bought the deep-fried bull testicles for friends without telling them what they were eating until after they swallowed a few bites.

"I thought about even printing at the bottom of the container, ‘You just ate bulls' testicles.’ We’re having fun with this," he says.

And no, the bulls' balls are not served on a stick.