It's a mini burger party at Burgerim, the new burger chain on Old World Third

The name Burgerim (pronounced burger-EEM) means "many burgers" in Hebrew, the native language of founder and chef Donna Tuchner, an Israeli native who attended culinary school in New York before establishing the first Burgerim restaurant in Tel Aviv, Israel.

It’s been just about a week since Burgerim opened the doors to its first Milwaukee location in the former Cousins Subs at 1001 N. Old World Third St.

The restaurant, which is operated by franchisees Mohammed H. Mohammed, Mohamed A. Omballi and Mohammed S. Elhassan, is currently in its soft-open stage with a grand opening scheduled for sometime in early to mid-March. 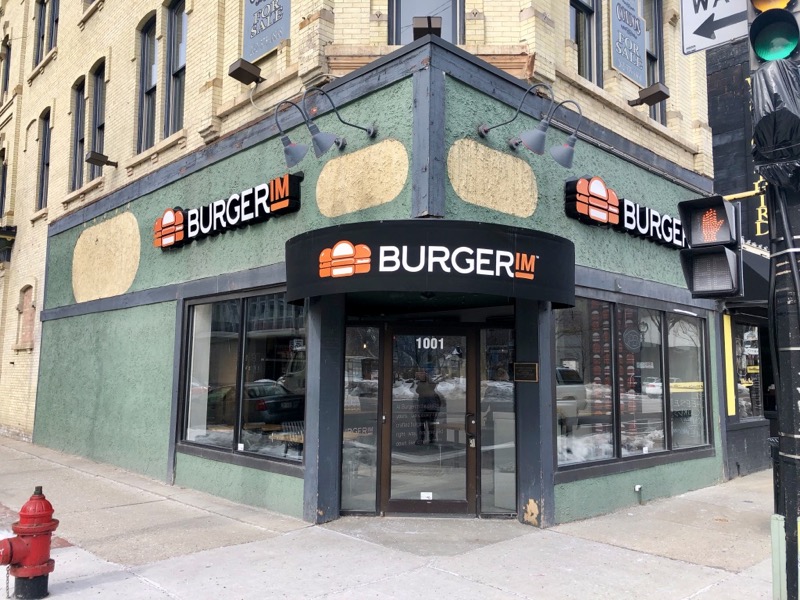 The restaurant, which seats about 40, is bright, clean and modern with seating options at two- and four-top tables as well as window-side counters. 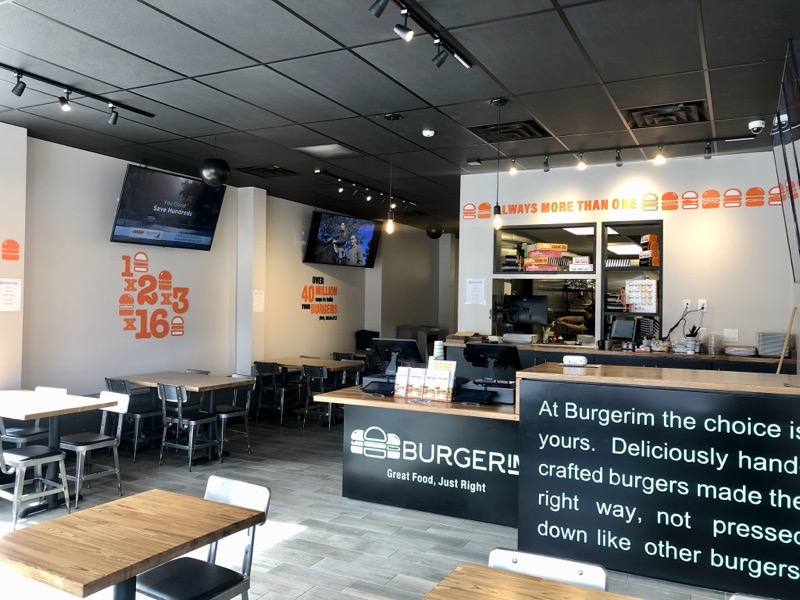 Many burgers, many ways

The name Burgerim (pronounced burger-EEM) means "many burgers" in Hebrew, the native language of founder and chef Donna Tuchner, an Israeli native who attended culinary school in New York before establishing the first Burgerim restaurant in Tel Aviv, Israel.

And many (or at least two) burgers is likely what you’ll order at the restaurant, which specializes in mini burgers (not sliders) made with 3-ounce patties which are sold in duos ($6.99) trios ($9.99) or party boxes of 16 for $44.99. Customers can add fries and a drink for and additional $3. 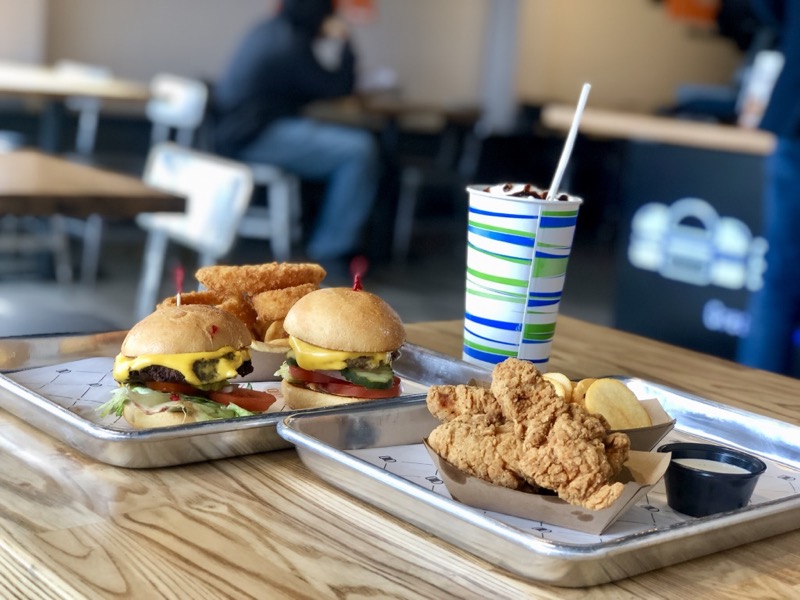 The core idea behind Burgerim is variety. In fact, the brand claims there are over 40 billion ways to serve their signature mini burgers, which can be made with a choice of 11 proteins including beef, 28-day dry-aged beef, Merguez beef (seasoned with cumin, chili pepper, garlic, paprika and roasted red pepper) Wagyu beef, turkey, lamb, chicken breast (grilled or crispy), veggie, and falafel.

For those who would prefer it, Burgerim also recently introduced a new one-third pound burger, which is available for $6.99.

Order up a burger and the first thing you’ll likely note is that the meat options are packed more tightly than traditional American-style burgers. The distinct patties are also more well-seasoned. 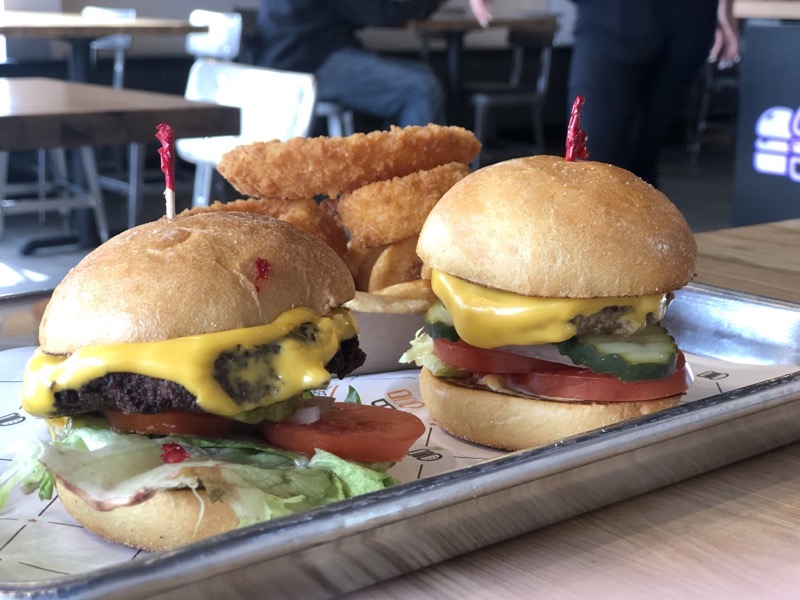 The same goes for the flavorful vegetarian options, which include falafel and a veggie burger made with green lentils, carrots, onion, tofu and breadcrumbs.

Order fries and you’ll get Burgerim’s signature fries, which resemble soft-fried potato chips in both shape and texture. There are also breaded onion rings and sweet potato fries. Want to try more than one? Opt for a half & half portion to sample two of the three. 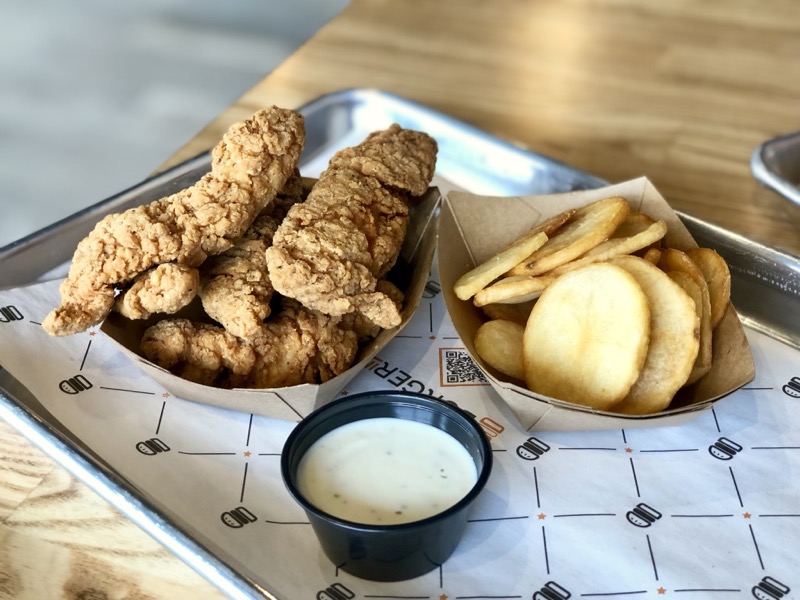 All meats at Burgerim are halal, with the exception of the chicken wings, turkey and turkey bacon.

On the beverage side, Burgerim offers soft drinks ($2.99) as well as milkshakes, available in vanilla, chocolate, strawberry and Oreo crumble ($3.99).