A previously vacant property along Becher Street in West Allis is slated for transformation at the hand of Mark Lutz, owner of the West Allis Cheese & Sausage Shoppe.

A previously vacant property along Becher Street in West Allis is slated for transformation at the hand of Mark Lutz, owner of the West Allis Cheese & Sausage Shoppe.

The building at 2079 S. 69th St., which most recently housed The Corner Spot, a convenience and liquor store, has been vacant for nearly two years; however, Lutz purchased the building in late summer and has shared plans to renovate it, transforming the lower level into a retail butcher shop and the upper floors into hospitable residential quarters.

As of October, plans have been approved by the West Allis Plan Commission and will go before the Common Council in early November. Renderings drawn up by Patera LLC illustrate the proposed transformation of the building. 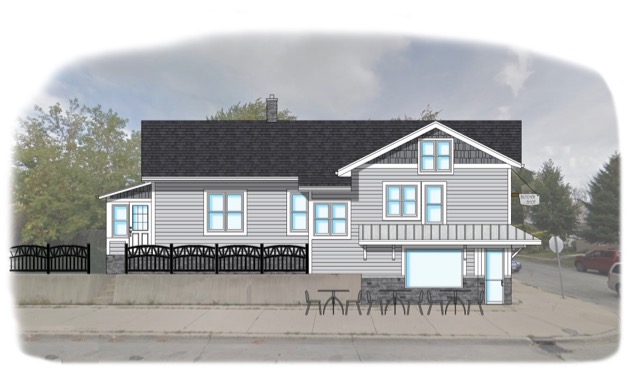 Lutz, who says he hopes to make the Becher Street corridor surrounding his cheese shop and cafe more of a destination, has been considering opening a butcher shop nearby for a number of years. A portion of his motivation stems from demand for items the cheese shop simply doesn’t have capacity to stock.

"We’ve had ‘Sausage’ in our name for years, but we never really carried a broad selection," he says. "And people will often come here looking for fresh Polish sausages and other things that we really don’t carry."

Lutz says the shop will provide an outlet for those items, as well as a selection of fresh, high quality meats including USDA prime cuts.

"I’m thinking we’ll offer five or six types of steaks, pork tenderloin and chops and five or six kinds of house made sausages," he says. "The emphasis will be on high quality and affordability as well as great customer service. We’ll be cutting steaks to order, so someone can come in and get their steaks and chops cut to the thickness they want."

Decor will be simple and clean, Lutz says, noting that he’s envisioning a combination of large white tile and stainless steel along with polished concrete floors. A glass window located behind the retail counter will offer a view inside the meat cutting area where sausages will be made and meats cut and trimmed.

Fresh meat cases along one wall will contain a daily selection of larger format cuts (primarily beef and pork) along with a variety of sausages. Meanwhile, self-serve freezer cases will house additional items, including whole chickens.

Lutz says he anticipates carrying a large selection of charcuterie and smoked meats including a variety of products from local companies like Nueske’s and Underground Meats and seasonal items including holiday hams, Yuppie Hill turkeys. The shop will also feature retail space devoted to add-on items including seasonings, rubs and sauces.

In addition to serving as a retail outlet, Lutz says there's potential for offering customers classes in meat preparation, sausage making or other topics at the shop. During the summer months, he also anticipates being able to offer prepared food items, like sausages, which can be enjoyed on the butcher shop's sidewalk patio. 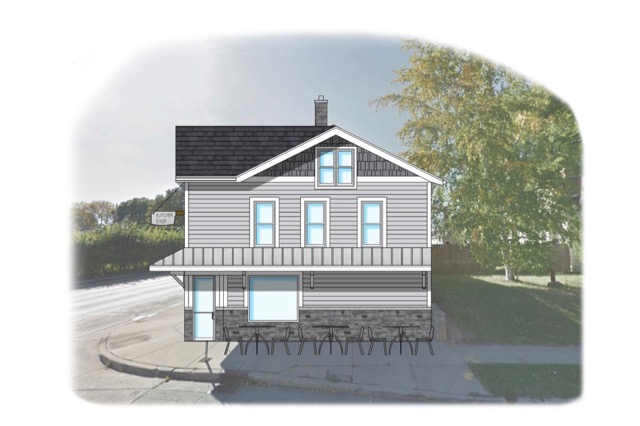 Lutz says the butcher shop will serve a multitude of purposes, some of which benefit the West Allis Cheese & Sausage Shoppe directly. For instance, scraps and trimmings will be put use for making items like soups and stocks. Meanwhile, meats from the shop will provide the opportunity to expand the Shoppe’s catering service to include a wider variety of items, including pans of sliced roast beef, turkey or ham.

The ability to transfer charcuterie offerings to the new location will also free up space in the shop’s cases for a larger selection of cheeses.

As for the name, Lutz says he’s seriously toying with the idea of calling it Becher Meats. "I keep reading that there used to be a shop called Becher Meats years ago," he says. "But I can’t find much information about it … My guess is we’ll also sell a lot of T-shirts," he says with a grin.

Lutz says he’d love to have the shop open by the Easter holiday. He expects the shop to be open Tuesday through Sunday.