Ca' Lucchenzo, the new restaurant from Sarah and Zak Baker, which is expected to open late this year, will break new ground with their pasta shop and restaurant.

The restaurant world is in a constant state of evolution. And when one door closes, another is sure to open.

Such is the case for the property at 6030 W. North Ave. which has played host to numerous restaurants over the years including Wally Behl's, Jake’s Restaurant, Shiraz and – most recently – Juniper 61, which officially closed its doors earlier this month after 10 years in business.

Sometime later this year – potentially by December – the building will welcome yet another concept. And this time it’s Italian.

Ca’ Lucchenzo is the name of the newest project from husband and wife team, Sarah and Zak Baker, industry veterans whose labors have graced the dining rooms and kitchens of a variety of Milwaukee restaurants including Lake Park Bistro, Ristorante Bartolotta and c.1880.

For the past five years, the two have served as operating partners for Pizza Man, seeing the brand through its return to the Milwaukee scene after the tragic fire destroyed its original location in 2010, as well as its expansion to Wauwatosa and Oak Creek.

They’ve also served as consultants on the forthcoming Glass + Griddle restaurant, a complement to the new Milwaukee Brewing Co. facility, which is expected to open in the next month in the Pabst Complex.

But they’ll leave those roles behind as they embark on their first solo venture, an Italian comfort food concept, the focus of which will be on fresh, handmade pasta. 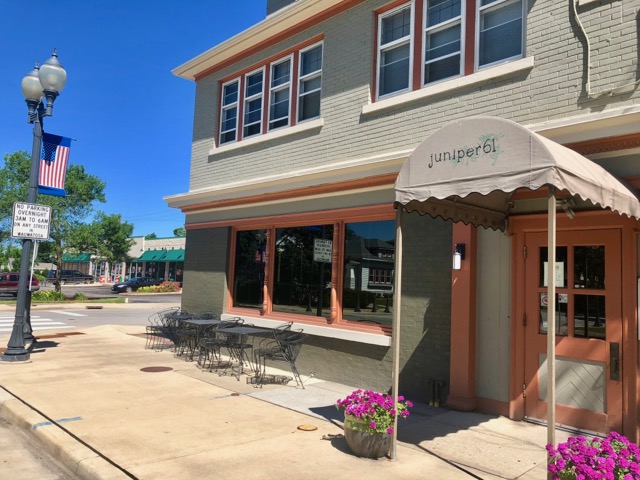 Handmade pasta, for here or to go

The simple seasonal elements inherent to Italian cuisine have been part of Chef Zak Baker’s repertoire for years. And his techniques and knowledge have only multiplied as he’s traveled – nearly a half a dozen times – to Italy over the years.

When he assumed the role of executive chef with Pizza Man in 2013, he noted: "I try to stay out of the way of the food's natural flavors. I approach food like a folk songwriter; I'm not looking to break new ground, I just want to sing you a song that might be new to you but somehow feels familiar and grounding at the same time."

And his approach to the food at Ca’ Lucchenzo will follow suit.

"Pasta isn’t something I need to explain to people," says Zak. "But there’s so much, in terms of fresh pasta, that hasn’t been tapped in this market. Yes, there are restaurants that serve it, usually a dish or two at most. But, we’ll be making everything in house – from rigatoni and bucatini to gnocchi, filled pastas and any number of freeform styles."

The pasta will be prepared in an open kitchen, separated from the dining area by a half wall and glass partition. Along the glass, there will also be seating (a pasta bar, if you will), where guests can take in the process first-hand.

In addition to wheat-based pastas, Zak says they will also make a few gluten-free varieties, which will be made with dedicated equipment in its own designated area (to avoid contamination as much as possible). 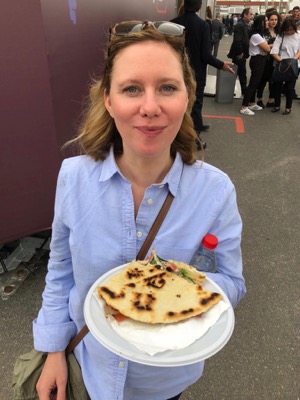 There will also be antipasti, soups, salads and any number of other dishes including spianata (also called piadina), an Italian sandwich, of sorts, made with pliable flatbread and often filled with charcuterie and cheese.

"The most important thing is that we’ll be listening to our guests," says Sarah. "We want to know what people are excited about, and we want to accommodate that."

Meanwhile, the restaurant’s beverage program will include both wines and cocktails. Wines, Sarah says, will be sourced primarily from Italy, with a number of French Champagnes. On the cocktail side, the restaurant will focus on lighter aperitivi and digestivi, along with numerous variations on one of Zak’s favorite cocktails, the Negroni.

But that’s not all. Thanks to a small retail shop within the restaurant, Ca’ Lucchenzo will also sell fresh pasta, sauces, wines and a variety of add-ons (like freshly grated cheese) to customers who wish to cook it at home.

"Not everyone wants to devote an hour or two to sitting in a restaurant, but they might still want to have the experience of chef-prepared dishes," Sarah notes. "And we understand that. Those experiences people have in the kitchen, cooking with others and eating together are so valuable. And we want to make it convenient for people to eat a great meal at home."

The Bakers have been throwing around the idea of starting their own restaurant for over a decade. But it was the inspiration from a trip to Italy this past spring that set their plans in motion.

"I think we were in Piedmont after a long day of touring," says Sarah. "And we had a sort of epiphany. We realized that we were in the best place possible to take everything that we’ve learned throughout our careers and knit it together with all the things we’ve been dreaming about for the past 10 years." 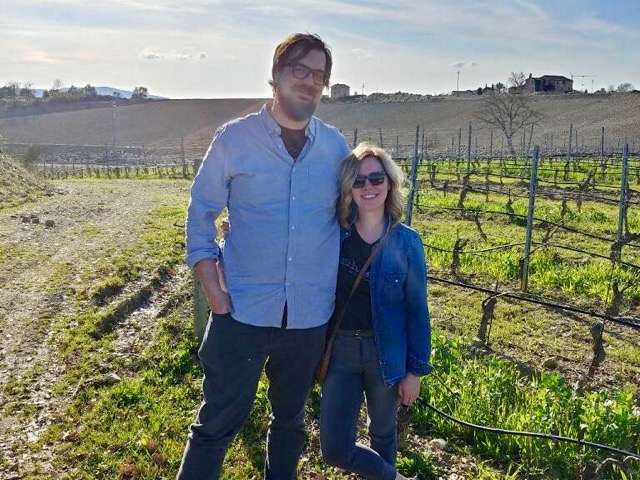 They looked at numerous spaces, including the former c.1880 in Walker’s Point. But when real estate broker Kristian Sydow asked them "what they really wanted" in a space and they explained, he steered them west to the North Avenue property in East Tosa.

"Sarah grew up in Tosa," notes Zak. "And it’s where I worked when we met. It’s also close to where we live."

Sarah nods in agreement. "As we pondered our concept over the years, we always said we wanted a building that we owned, on a corner, with living space above. And when we looked at the building, it was perfect. And Cam [Roberts] and Sarah [Jonas] are amazing people. It was truly like all the stars had aligned in our favor."

The space, she says, helped them to narrow in on the nuts and bolts of the concept. And it prompted them to begin considering a name. In the end, she says, they chose one that had particularly personal meaning.

"Ca" is a contraction for "casa," the Italian word for house (or shop) in Italian. Meanwhile, Lucchenzo is the elision of Lucca and Enzo, the names of the Bakers’ two dogs, both of which were adopted from the Humane Society.

"Restaurants in Italy aren’t named like they are here," notes Zak. "They’re named after a relative, your grandmother … something important. And our dogs … they’re part of our family."

Embarking on a new journey

It was a beautiful sunny day when I met the Bakers at Pilcrow Coffee to chat about their plans for the new restaurant. And as we talked spianata, and our conversation flitted from tales of Italy to descriptions of the East Tosa restaurant, it became more and more evident that the timing is truly right for the two to embark on the journey of restaurant ownership.

"We’ve had a great five years with Pizza Man," notes Sarah. "We’ve both learned so much; but, at the end of the day, what we missed every day was the running of the shifts. It was so rewarding to see our managers grow and learn and develop; but it’s hard to step aside and not be the one doing it. I’m so excited to be back on the ground again … interacting with the guests and working side by side with the bartenders, hosts and servers."

And she’ll have the opportunity to do so soon enough. The Bakers wrap up their employment with Pizza Man later this month. They’ll have be closing on the purchase of the North Avenue building in the next few weeks, and by September they’re hoping to begin renovations at the property.

Along the way, Sarah says she’s eager to document the process. Her plan, as renovation begins is to share their journey with interested parties through blog posts, photographs and videos (watch for the launch of the Ca’ Lucchenzo Facebook page in the coming weeks).

"Maybe it’s because I’m getting older. Or because I have a degree in journalism," she says, "but I think of things in chapters. … We had the privilege of being at one of the last dinners at Juniper 61 with so many of the regulars who had supported the restaurant over the last decade … and it was so wonderful to be a part of it.

"The culture that Cam and Sarah built with their staff – but also with their guests – is so gracious and caring and open. And we really want to honor that past as we move into the future. It’s a new chapter for us … and for the space."

Watch OnMilwaukee for additional details about Ca’ Lucchenzo as they become available.