It was eight years ago this November that a little restaurant called Cafe Soeurette opened up in downtown West Bend. And today it's providing some of the finest farm-to-table fare in the area.

It was eight years ago this November that a little restaurant called Cafe Soeurette opened up in downtown West Bend. And today it's providing some of the finest farm-to-table fare in the area.

The cafe – which is located in an unassuming garden level space located at 111 N Main St., just a few doors down from the old West Bend Cinema – also has an interesting link back to Milwaukee. 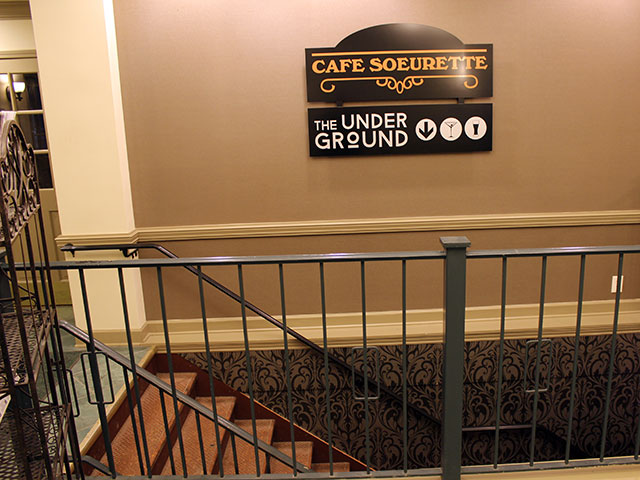 The building originally housed both a hotel and a five and dime store. But in the 1980s, a young Tim Dixon, now a successful developer behind projects like the Iron Horse Hotel and Stack’d Burger Bar, built out the space into a restaurant called Timothy’s.

Timothy’s wasn't open for more than about three years. But it set a precedent, and numerous restaurants moved in and out of the space over the next twenty years, including a Mexican restaurant called Casa Rebecca.

But in 2007, a young Minneapolis Le Cordon Bleu graduate named Jodi Janisse-Kanzenbach decided to take a chance on the space to open her first restaurant.

"Eight years ago, we didn’t have much of a food scene here," says Janisse-Kanzenbach. "I really just prayed every day that I’d be able to pay the bills that month."

Janisse-Kanzenbach, who moved back home after working for four years at numerous restaurants in Minneapolis, says the space wasn’t exactly a fit. But, after a false start securing another location in West Bend, she said she decided it would have to do.

"I never wanted a restaurant this big," she says of the space which seats about 80 (and that doesn’t include 50 more seats at the bar). "I thought I’d have about 12 tables, something more along the lines of Crazy Water in Milwaukee. But, it was an opportunity to do what I wanted to do."

She filled the space with an eclectic collection of tables and chairs, along with a beautiful hodgepodge of place settings, which she’d been collecting for over two years. And she opened up the doors.

In its infancy, the restaurant served up traditional fare, including salads and entrees. But, over the years, things changed. Janisse-Kanzenbach began stepping out the door on Saturday mornings and chatting with farmers at the West Bend Farmer’s Market. Eventually, she struck up agreements to buy what purveyors had left at the end of the market, striking gold in acquiring fruits and vegetables that had barely been out of the ground for 24 hours.

She started hosting farmers market tapas nights, featuring specials from the day's market. And she began the practice of freezing, canning and preserving the best of the season, making sure she'd stored up enough to last through the winter and early spring. 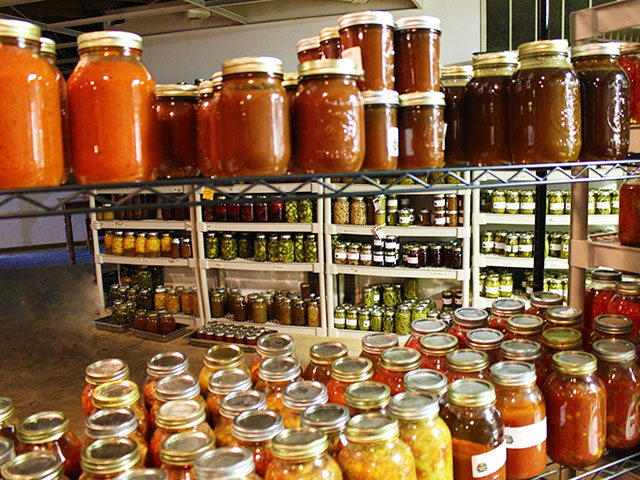 By year three, Cafe Soeurette had evolved into the very first farm-to-table spot in the city.

"At some point, it just seemed absolutely stupid to me that we were ordering food from large purveyors when I could get it from the market right outside of my door," she says. "But, it took a lot of education to get people to understand why we were doing what we did. We had to put messaging on menus, on table tents, everywhere."

By, by and by, diners began to catch on to the idea that local meant fresh, and they began coming back again and again for Janisse Kanzenbach’s deliciously eclectic fare. 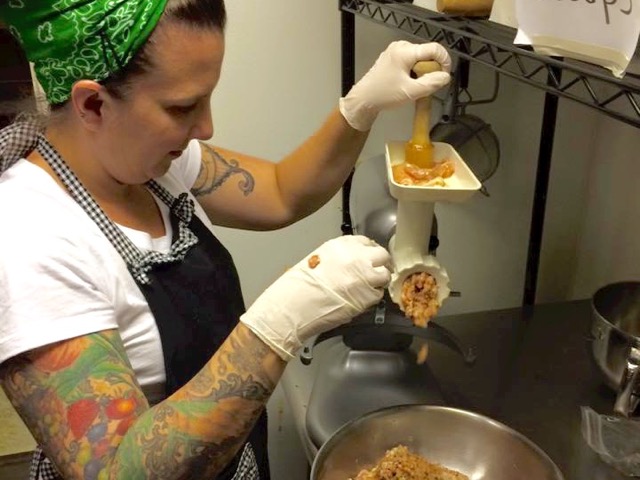 These days, just two recipes from Cafe Soeurette’s original menu remain: tender crab cakes with tomato chutney and remoulade and an Alsatian tart with bacon, maple onions, basil and Gruyere, which was inspired by a recipe Janisse-Kanzenbach’s father brought back for her from Europe.

Signature favorites like bacon bison meatloaf with spinach, red ale demi-glace and mashed potatoes are a fixture on the Cafe Soeurette menu, but approximately half of the menu changes bi-weekly, based on seasonality.

One of the chef’s current favorites on the menu is the porchetta made with Dominion Valley Farms pork shoulder, which is slow roasted in pork fat with house vanilla pickled fennel, onions and herbs and then stuffed into a brined pork loin, wrapped in bacon and roasted. It’s served alongside pommes Anna with pear apricot ginger chutney.

"It’s fun. It’s challenging," Janisse Kanzenbach notes of the ever-changing menu. "As chefs, so many of us restaurant hop because we’re bored. So, when you own your own place, it’s about working not to be bored, and not to bore the customers."

And, after eight years, Janisse-Kanzenbach says the customers have come to mean more and more to her.

Cafe Soeurette is open Monday through Saturday from 4 to 9 p.m.