The next time you pop over to Camino, the Walker's Point bar specializing in craft beer and inventive sandwiches, you might as well take a seat on the patio. What patio? Why, let us introduce you.

The next time you pop over to Camino, the Walker’s Point bar specializing in craft beer and inventive sandwiches, you might as well take a seat on the patio.

And that’s because, as of this week, its newly constructed Craft Beer Garden is officially open.

The work on the new patio space, which seats about 30, was just finished up this past week by Contractor Case, LLC, the folks behind Camino's interior. 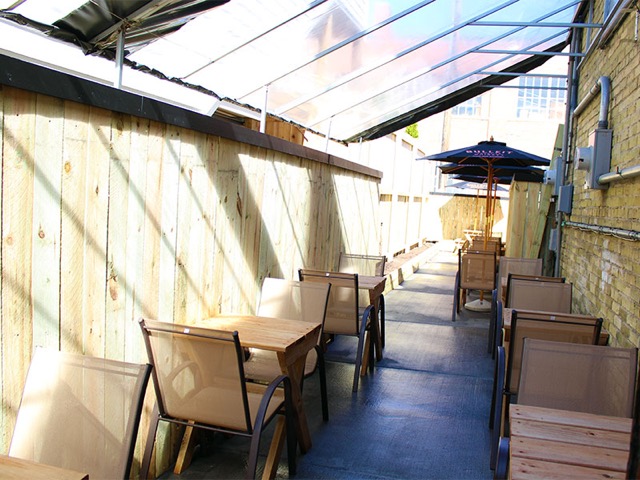 The space features both open air seating – on two-tops or at picnic tables – as well as two-tops underneath a clear vinyl awning that’s perfect for sheltering diners and beer drinkers from brief summer showers.

And don’t be surprised if you see someone’s playful pooch enjoying a Milk-Bone underneath the table. After all, according to owner Casey Rataczak, the patio is also dog-friendly. Just be sure to make a trip inside to let the waitstaff know you’ve brought your furry companion along so that they can let you in through the patio gate. 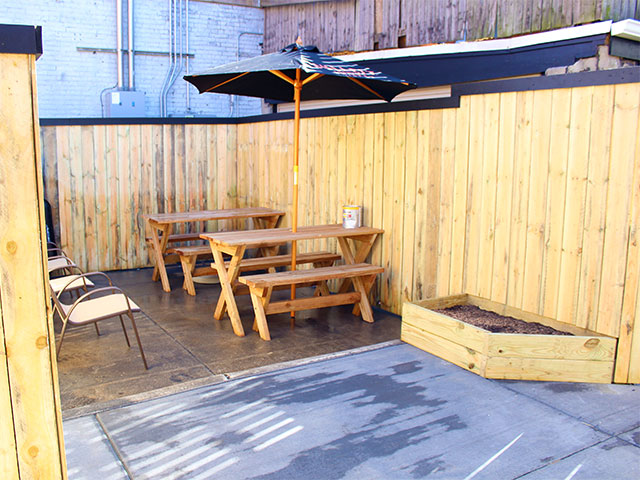 While you’re at it, here’s a run-down of weekly specials that you can enjoy at Camino – either indoors or out.

Camino will also be hosting a patio party fundraiser this July for Pitties in the City, an urban pit bull rescue organization, featuring a special beer release. Watch Camino's Facebook page for details.