If you knew the space at Menomonee and Jackson Streets when it was Chili Lili's or Holiday House, you'll barely recognize the space now that Camp Bar has moved in. And that's a very good thing.

And if you knew the space when it was Chili Lili’s or Holiday House, you’ll barely recognize the space, which now looks – surprisingly and distinctly – like a Camp Bar.

The look, inspired by owners Paul and Natalia Hackbarth’s cabin in Star Lake, Wis., features a variety of familiar elements including Native American fabrics, rustic furnishings and a wide variety of Northwoods tchotchkes and taxidermied animals. 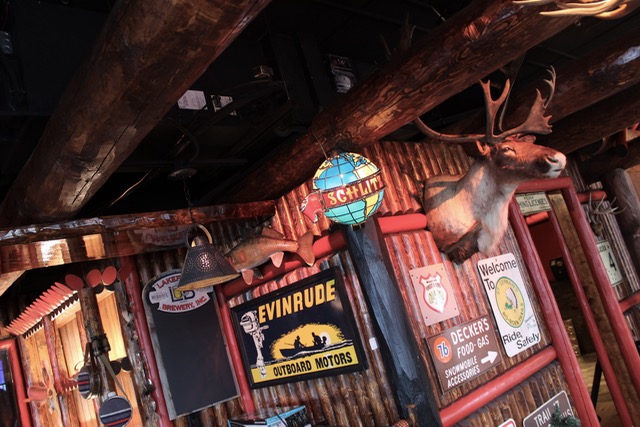 "It took nearly eight months of collecting to fully furnish the new space," says Paul Hackbarth, who notes that sifting through items at antique shops up north is one of his favorite pastimes.

The space itself, once divided into two separate rooms, now has a more open concept. The larger half of the venue accommodates a long bar on the south, which seats about 18, along with banquette seating along the north windows. 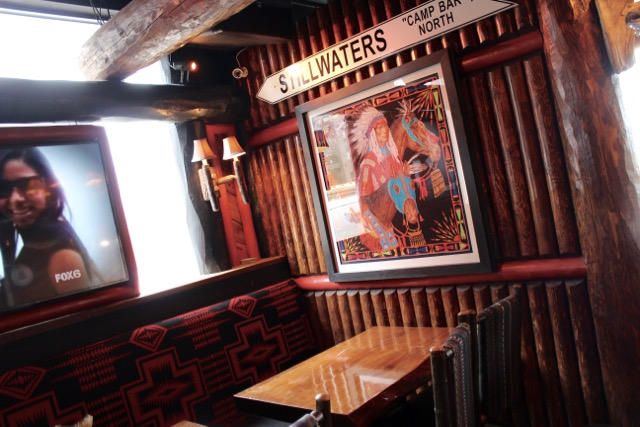 Big screen televisions conveniently block some light from the expansive windows, which somehow contributes to the cozy feel of the space while providing plenty of angles for patrons to view games.

A corner on the northeast side, in the brightest part of the bar, contains a nook where customers can enjoy a game of old school metal-tipped darts. The wall of windows, which can be completely opened during the summer months, brings an element of natural light which distinguishes the location from its sister bars in Tosa and Shorewood. 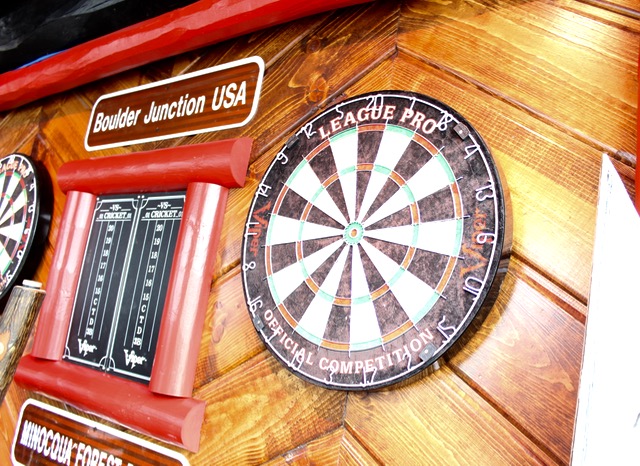 Meanwhile, a lounge area – in which there resides a stone fireplace complete with the largest moose you've ever seen – contains comfortable couches, high top tables and a second bar, accommodating 80-100 people as an extension of the bar or as a private event space.

"I feel like we really brought the best of Shorewood and Tosa to this space," says Hackbarth. "From our world record Boone & Crockett moose [located in the lounge] to the snowmobile memorabilia we acquired through donations to clubs up north. It’s amazing how it’s all come together in just three months time." 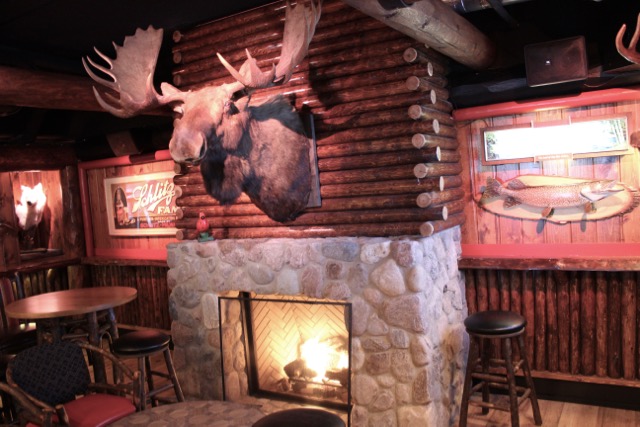 Critters are everywhere, including on shelving above the main bar, where characters like a Jif-eating raccoon peep down as if surveying the crowd below. 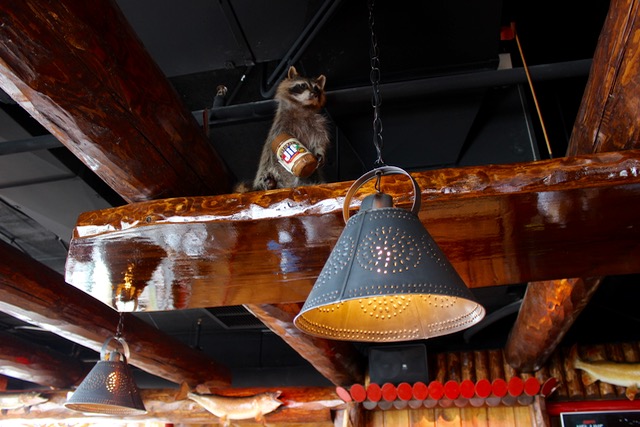 And some are still celebrating the holidays – in keeping, maybe, with the signature Christmas lights installed around the bar. 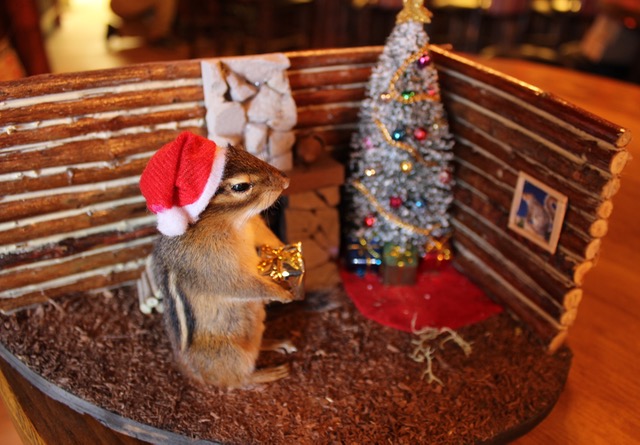 For bar-goers who would like to grab a bite to eat without leaving the bar, Camp has partnered with Cranky Al’s at both its Wauwatosa and Third Ward locations. Pizza is delivered fresh daily and cooked to order. Pricing runs from $14-18.

The full kitchen, with access from both bars, will also accommodate the needs of caterers for events held in the private event space.

Beginning Friday, April 8, Camp Bar Third Ward will be open Monday through Thursday, 3 p.m. to close, Friday from 2 p.m. to close, and Saturday and Sunday from noon to close. Hours will be adjusted as needed to accommodate demand.