There's a new coffee bar coming to Downtown sometime in late spring or early summer, and it promises to offer a customer experience unlike any other shop in town.

There’s a new coffee bar coming to Downtown sometime in late spring or early summer, and it promises to offer a customer experience unlike any other shop in town.

Canary Coffee Bar will be located in a retail space in the historic Hotel Wisconsin at 720 N. Old World 3rd St., less than a block away from The Avenue and the forthcoming 3rd Street Market Hall, just a hop away from Fiserv Forum and just around the corner from the Warner Grande Theater, the Milwaukee Symphony Orchestra's new concert hall. 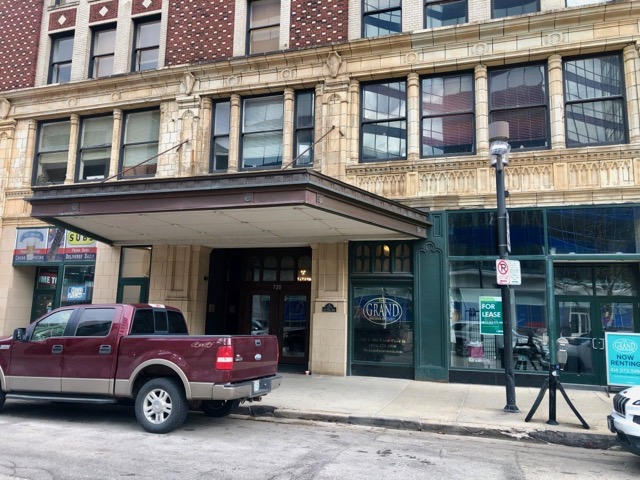 The venue is owned by husband and wife team, Emily and Colin Whitcomb, two Wisconsin natives whose relationship was birthed on the coffee scene and whose passion for the craft led them to seek out an opportunity to share their knowledge with others.

Unlike most coffee shops, where consumers stand in line, order their coffee and walk away, the Whitcombs are aiming for a coffee bar experience that not only allows customers to walk away with coffee that really syncs with their palates, but also an opportunity to engage with the world of coffee in a deeper fashion.

"Our vision is to create a place that’s not unlike a craft beer bar," says Colin. "Where they offer is a range of beer styles, and regardless of what you’ll like, you’ll find something … Our goal is to have knowledgeable staff who can really help you choose something you’ll enjoy. It’s about engaging customers with coffee on another level."

At the same time, Emily notes, Canary Coffee Bar will also be a place that welcomes coffee drinkers of all types.

"If you just want to come in and have a cup of coffee, that’s great," she says. "We’re not going to insist that you have this really intense experience. But we think there’s an audience of people in Milwaukee who really do want something more."

The shop, which will occupy about 1,200 square feet of space, plans offer a menu of eight to 10 types of coffee from a variety of roasters around the country.

"We know we’ll be working closely with a couple of roasters, including MadCap Coffee (Michigan) and Snowdrift (Illinois) to offer custom roasts," says Colin. "And we’ll really be featuring coffees that run the gamut in terms of flavor profiles."

The two met in the mid-2000s when both were employed by Colectivo Coffee (then Alterra). Emily eventually left her barista position to pursue a career in social work, but Colin remained. In 2008, he was promoted to barista trainer.

"That was the moment when I realized I knew absolutely nothing about coffee," he says, adding that the realization prompted a serious obsession. In addition to participating regularly in barista competitions, he delved headlong into brewing techniques and the exploration of terroir and its impact on the flavors in coffee. Along the way, he connected with Trevor Corlett and Ryan Knapp of MadCap Coffee, who invited him to work for them in the Washington D.C. market.

Colin took them up on their offer and in 2012, he and Emily made the move to DC.

"At that point, MadCap had built a ton of momentum and they were on the cusp of going national. We talked about the potential for a cafe in DC, and I was very excited about the service model we were contemplating. The idea was to create a coffee shop that functioned far more like a cocktail or beer bar. It was all about employing knowledgeable staff, offering great service and connecting people with the stories behind the coffee."

The idea stuck with him, and when the two decided to move back to Milwaukee in 2017 to be closer to family, he took jobs with Kickapoo and Pilcrow Coffee, continuing his educational journey and offering consulting services along the way.

"We loved D.C., and it was a great experience," he says. "But eventually it became unsustainable. Our son was turning one, and we knew we wanted to be somewhere that felt like home and where we really had a great support network."

They also began scouting out spaces to open their own coffee bar, eventually working with a broker who secured the retail space on Old World 3rd Street.

"It feels like we got really lucky, and got into the building at just the right the right moment," notes Emily. "There’s so much going on now in the area, and we’re excited to be part of the neighborhood’s revitalization."

The retail space where Canary Coffee Bar will open has been vacant for about ten years. In turn, it has no HVAC, no electricity and – essentially – no walls. But Colin says construction is slated to begin on the space in about a month. And, thanks to a combination of personal investment and financing through the Wisconsin Women's Business Initiative Corporation (WWBIC), he says they have high hopes that they can be up and running within the next four months.

You can watch OnMilwaukee for additional details as Canary Coffee bar gets closer to opening. You can also follow Canary Coffee Bar on Instagram.