As the first entry of a new line of craft-style brews arrives on shelves in Wisconsin and Chicago from Pabst Brewing Company, the company's local taproom and brewery is getting a new name.

As the first entry of a new line of craft-style brews arrives on shelves in Wisconsin and Chicago from Pabst Brewing Company, the company’s local taproom and brewery is getting a new name.

The taproom and brewery will be called the Captain Pabst Pilot House, in honor of the beer’s namesake Frederick Pabst and his role as a captain for the Great Lakes-based Goodrich Steamship Line for which Pabst was a pilot.

"The idea is to take Captain Pabst and elevate him as like an iconic figure as he is, and try to tell the story," says taproom general manager Adam Power. "So try to take him from just another brewer guy to like the Jack Daniel, the Johnnie Walker of brewing."

The change – which be officially celebrated on Captain Pabst’s birthday, March 28 – coincides with the release of the first of at least three new craft-style beers from Pabst, which recently celebrated its 175th anniversary.

Seabird IPA, with 4.5 percent IPA, is the first release, and while it has already been on draught in the taproom (as Captain’s IPA), it will now also be available in 16-ounce cans at retail, too. It is brewed with Magnum, Citra, Cascade and Mosaic hops. 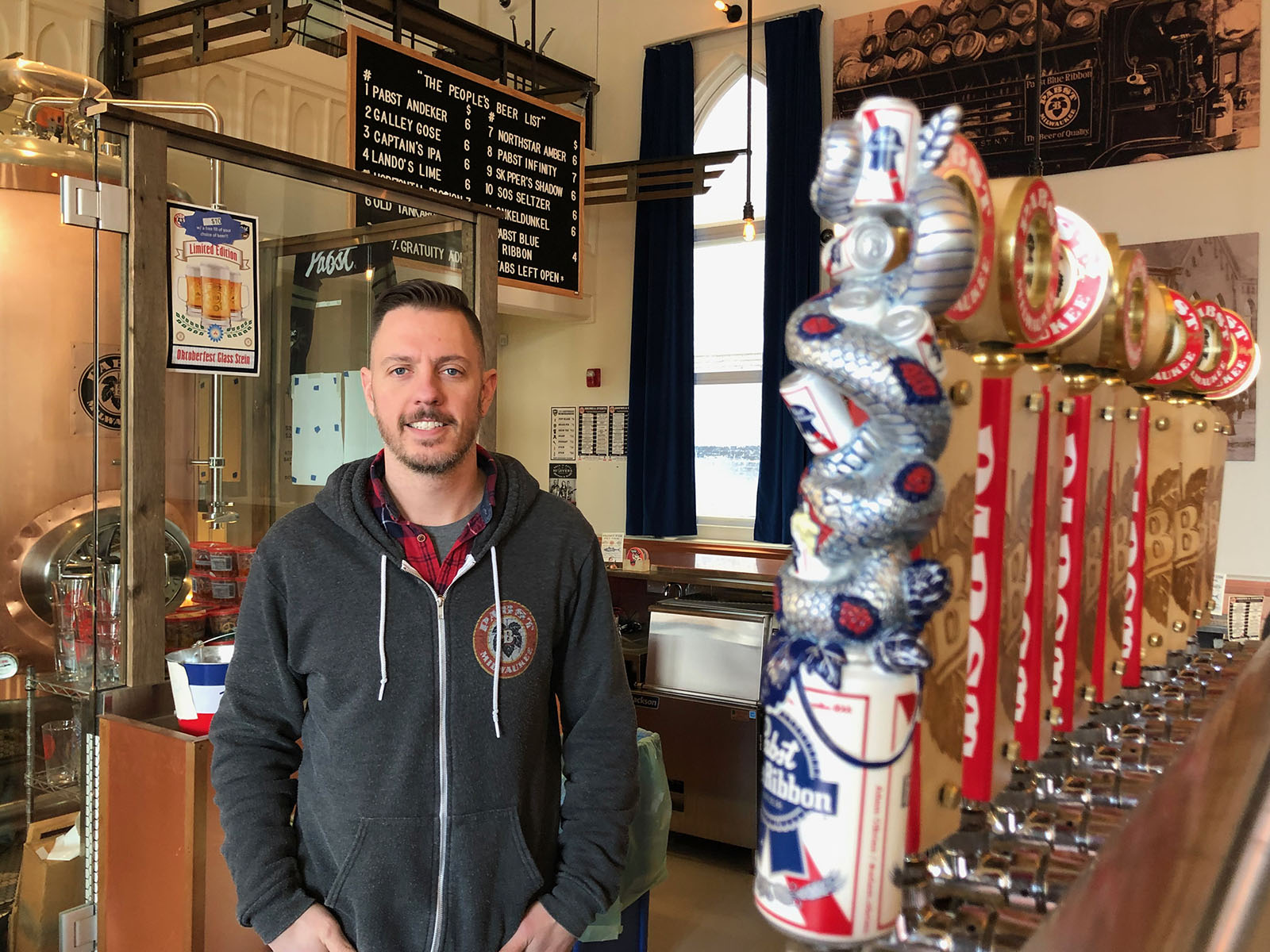 The beer is named for one of the vessels Pabst commanded for Goodrich, says Powers (pictured above), and I’m going to go ahead and speculate that future brews, due to arrive in stages later in the year, may be named for other Pabst-piloted vessels ... so maybe Comet, Huron and Traveler.

"After that will be a sailor-strength rum that will come out," says Powers. "So hitting some spirits stuff and stuff like that ... also branded Captain Pabst. So it's a whole brand family itself, it's its own thing outside of our large brands."

The Captain Pabst Seabird IPA and others in the series sold on tap in the Pilot House will be brewed in the on-site 10-barrel brew system, but the canned product will be brewed at Wisconsin Brewing Company in Verona.

According to Powers, despite the seasonal beers and unique classic brands like Andeker and Old Tankard Ale produced in the Pilot House brewery, the classic Pabst Blue Ribbon remains the taproom’s bestseller. 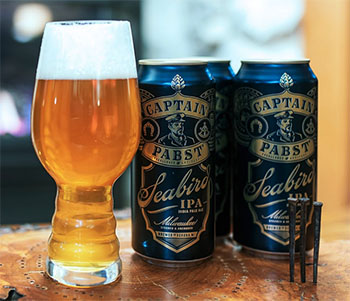 But that love of tradition hasn’t stopped the Pilot House changing since it opened in early 2017.

After an initial attempt at dining didn’t take off, Powers reopened the kitchen when he arrived from Chicago, where he worked for Pabst in a different capacity. Now the kitchen serves a more beer-friendly menu

"Instead of running our own kitchen, we partnered with a company called Great Lakes Galley and they do it," says Powers. "I don't run the kitchen, We work together in partnership. It's awesome."

What Powers does do, is work to make the taproom a draw in a booming but still growing neighborhood a little off the beaten path.

"We’re trying to create a spiritual home for the brand," he says. "It’s about trying to get an identity on the street, too, a little bit ... have an identity for what we do outside of our main national brands."

Part of that has been to make the room a little more welcoming, a little less loud, and to rebrand it as a music venue. To help make that happen, Powers – who booked the Elbo Room in Chicago, worked for concert powerhouse Live Nation and also plays bass in a band called A Friend Called Fire – raised the stage, added a much upgraded sound system and put sound tiles on the ceiling. 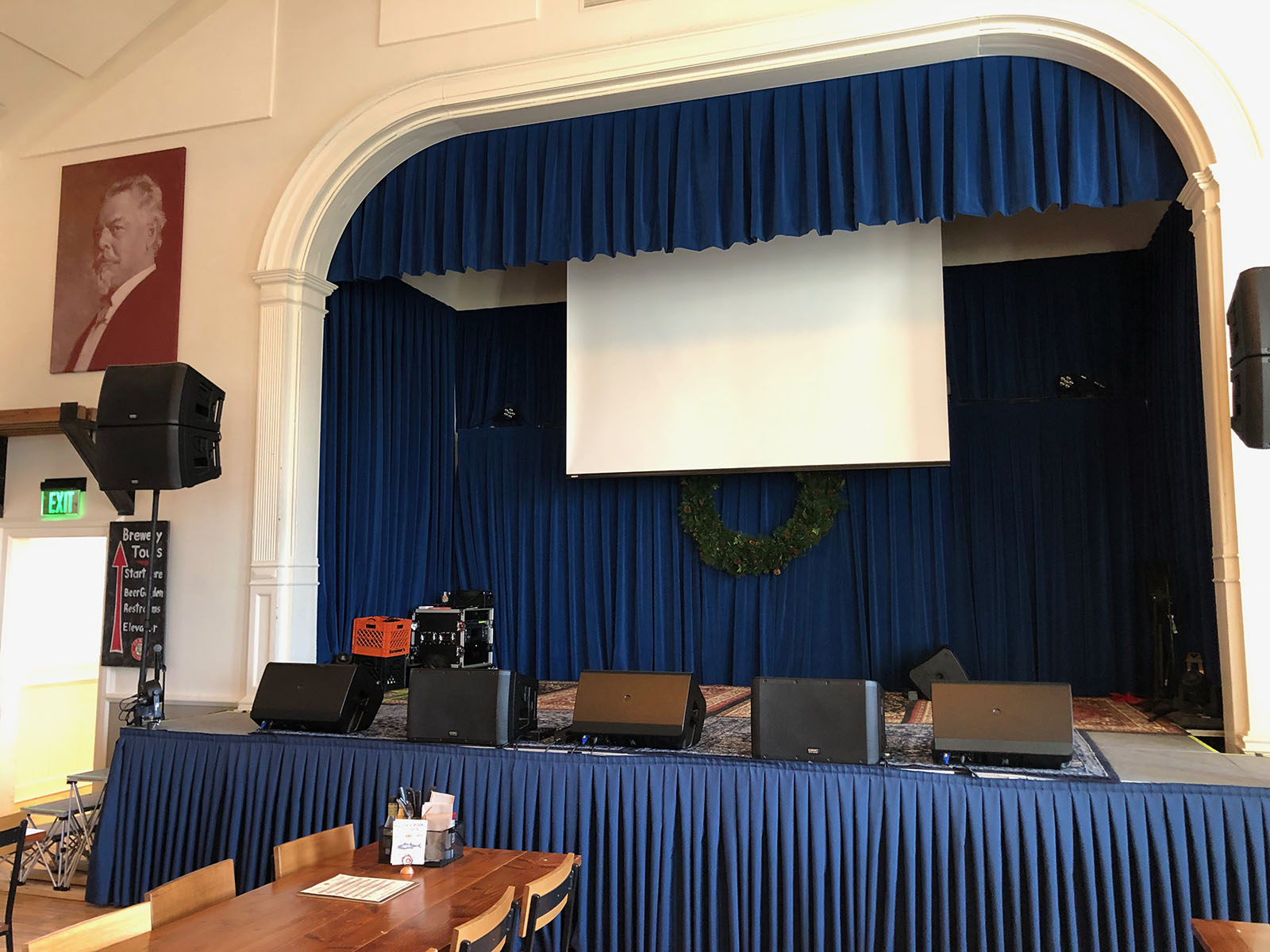 "When they asked me to take it over, I was like, ‘Well, I see a music venue,’ and so each year I've kind of just elevated what the room looks like," says Powers. "This is our first year being a full on music venue, and we're booked until March right now. We're doing four to five shows a week."

The music has been a bit of everything, from rock to jazz and on New Year’s Eve, the venue drew upwards of 250 for a show by cover band Radio Radio.

While the stage is rocking upstairs, the brewery is almost constantly rolling down below, releasing new beers quarterly and regularly cooking up Andeker and Old Tankard Ale, legacy brands that are brewed only here.

"Right now we have a winter amber ale finished with raspberries," says Powers. "It's awesome."

For the anniversary last year, the brewery made an Oktoberfest and when I stopped in last week, Seabird and a kolsch were in the fermenters. 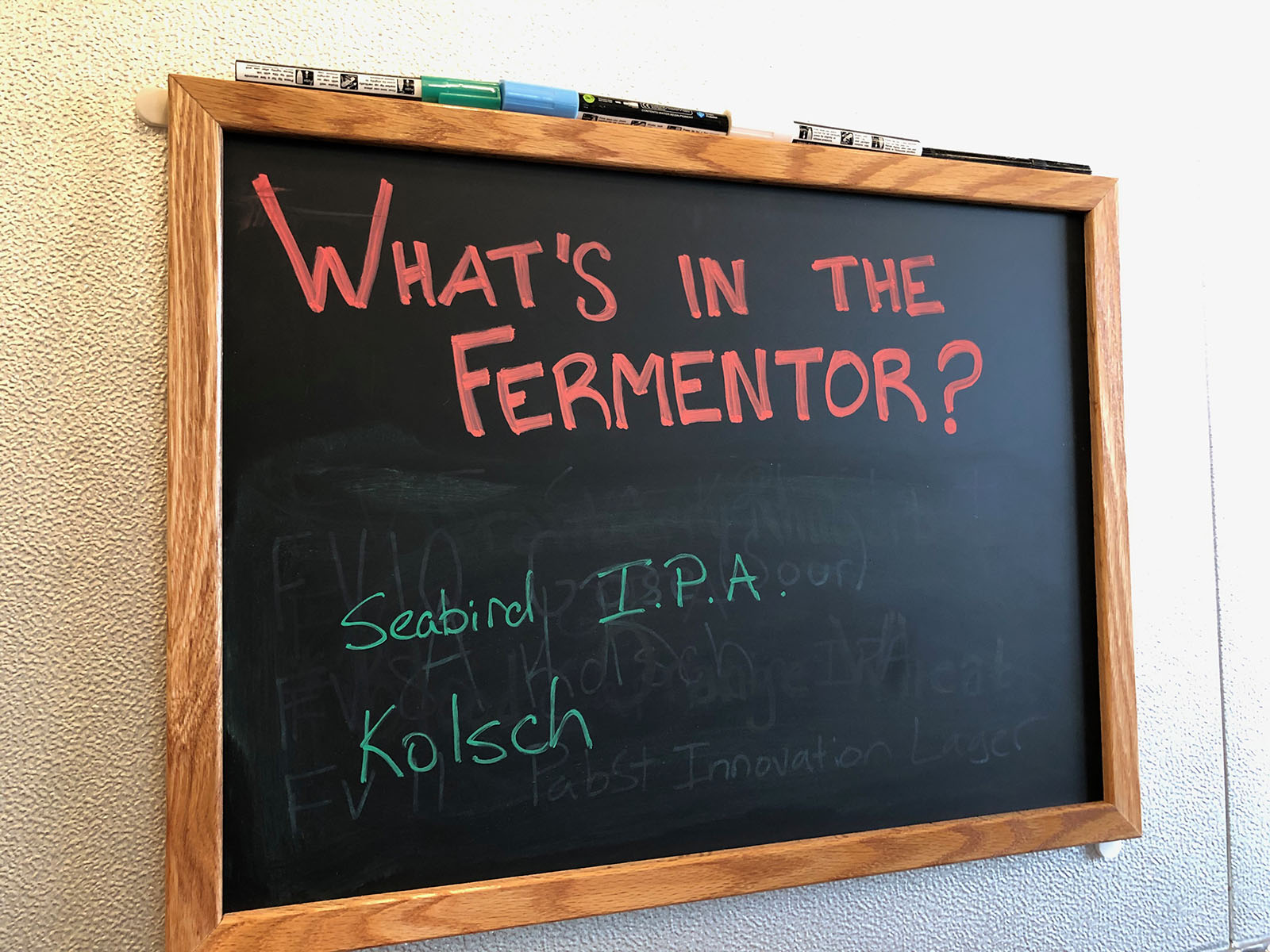 The brewery will typically brew 10- or 20-barrel batches of beer, but Powers would love to see a 5-barrel system added, too, to allow more flexibility in trying out different recipes.

"We’re not going away from what we do at the larger level (with PBR)," says Powers, "but this is Captain Pabst’s world; this is just getting more of a craft-centric kind of feel in here."

Another thing that Powers has boosted is brewery tours, which started off modestly, but now have gone gangbusters.

"We're not known as a dinner venue and I don't really want to be a restaurant. I want a brewery that offers food that is a music venue. Just people having fun no matter what."