#ThisIsGrace: Catching up with Grace Ladewig in the aftermath of "The Profit"

Numerous readers have asked about Grace Ladewig, the mysterious employee featured on Tuesday night's episode of "The Profit," so we caught up with her to chat about what's transpired since her appearance on the popular show.

It appears a bulk of the nation's TV viewers were watching as CNBC's "The Profit" featured Milwaukee business, The Soup Market in a drama-filled episode on Tuesday evening.

An interesting twist in the show came as Grace Ladewig, former director of operations for The Soup Market and co-founder of Grace Magnolia Luxury Brownies, was introduced to the audience after being told to "be invisible" by The Soup Market owner Dave Jurena.

In fact, #WhosGrace became the hashtag of the evening, prompting DILASCIA, another business featured on "The Profit," to release a T-shirt in her honor (clearly a very smart business move on their part). 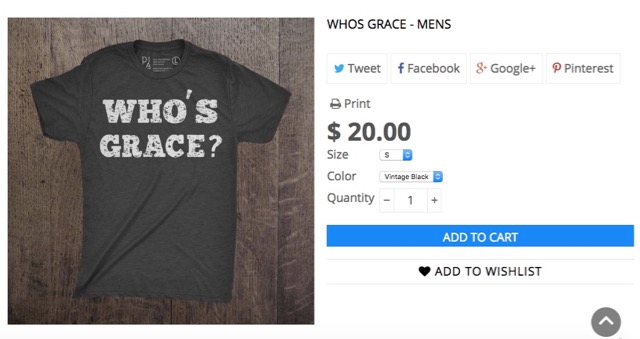 Numerous readers have asked about Ladewig, so we caught up with her to chat about the demise of her brownie business and what’s transpired since her appearance on the popular show.

It turns out Ladewig is alive, well and flourishing. After being fired by Jurena during the filming of the show in June, she decided to pack her bags and join Dan – her husband of 20 years – in California, where he had taken a position about a year prior to the taping of the show.

"My kids were finishing up school here," notes Ladewig, "And I was helping out at The Soup Market. And we’d made the decision that it was right for our family at that time."

Ladewig is currently training for a district manager position with a prominent local chain restaurant.

"I think it’s a great opportunity," she says. "I’m doing well, really well. In the end, I didn’t really realize how stressed and overworked I was. I was always the buffer between Dave and the staff. And I was always running around making sure that things were running smoothly. Now, I’m refocused. And California is awesome. I can’t complain. The weather is beautiful. There are all these local wineries. And I love it."

When asked about the show itself, Ladewig admits she was a bit concerned about how the editing process would portray her in the show. "What if they make me out to be a monster?" she remarked to her husband before they watched it together.

After watching it, she said she was reflective.

"My husband and I just looked at one another and felt this overwhelming sadness," she said. "No one really knew what I had been going through, and this was the first time a lot of people really heard my story. I didn’t want people to feel sorry for me or feel that I was a victim."

She says she’s been torn about her decision to divulge the information she shared on the show; however, she says she now sees it as for the best.

"At the time, I saw myself as someone who had to speak up," she says. "There was a point when I did feel like maybe I shouldn’t have said what I said. But so many people have told me that I was obligated. After all, Marcus Lemonis was a partner in the business at the time. He deserved to know what was going on."

Interestingly enough, Ladewig notes, she was the reason The Soup Market was featured on "The Profit" in the first place.

"The bizarre thing is that I reached out to Marcus [Lemonis]. I felt very strongly that Dave [Jurena] needed an investor. We just really needed a working environment that was safe and productive. And I believed in The Soup Market. I still do. I think they have a great product."

In fact, it was at that point when Ladewig says she halted the progress of her luxury brownie business.

"We really just put Grace Magnolia to the side at that point," she says. "When Tim [Talsky, The Soup Market’s co-owner] died, it was a tough situation. And I put everything aside to help Dave keep the business running."

In the end, Ladewig is anything but bitter. In fact, she says she’s gotten to the point where her sense of humor has kicked in over the whole scenario.

"The funny thing is, when the show aired, I caught wind of the fact that #WhosGrace was trending," she says. "But I’m not savvy. I don’t use Twitter, and I had to ask my daughters what that meant, and they helped me figure it out." 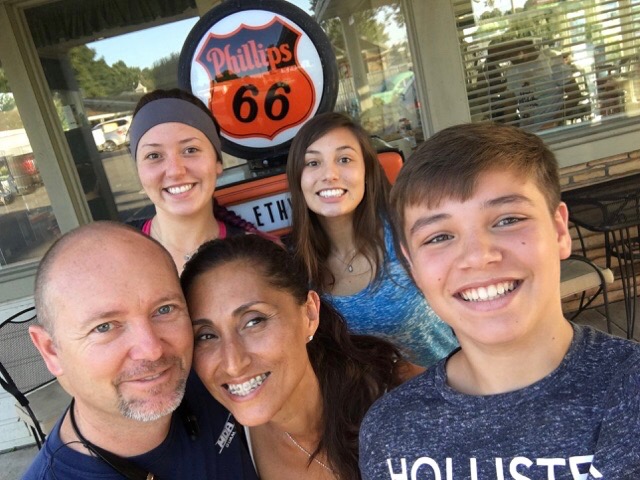 Ladewig and her family. (PHOTO: Courtesy of Grace Ladewig)

When she found out that a T-shirt had been made in her honor, she laughed.

"Really? That’s so funny. I need to reach out to them," she remarked. "That’s just so great. It’s a little crazy. The show aired two days ago, and I’m so surprised this hasn’t blown over already. It’s kind of unbelievable."

Ladewig says reaction to the show has been a mixed blessing.

"I’ve had people from all over the country reaching out to me, which has been great. I’ve been in touch with so many old friends and people who have been so supportive. And a lot of women have reached out to me. Just seeing that has been so great."

And, although her lawsuit against Jurena is still in process, Ladewig says it’s more a matter of justice than anything.

"I know people think I’m crazy, but I really don’t want to ruin this man’s life," she says. "But there are laws that need to be followed with regard to treatment of employees. And I have to protect my rights and my livelihood. In the end, I just want to be fair. No more, no less."

As far as the future is concerned, Ladewig says that she’s not sure exactly what lies ahead.