Milwaukee treasure Paul Cebar and his skillful outfit - distilled down to the elemental core of drummer Reggie Bordeaux, multi-instrumentalist Bob Jennings and bassist Mike Fredrickson - performed under the big top on the Johnson Controls World Stage.

Let’s be honest: Paul Cebar is a Milwaukee treasure.

Since he first landed in area coffeehouses as a solo performer in the 1970s, through his time with The R&B Cadets in the ‘80s and with his band The Milwaukeeans and, these days, Paul Cebar Tomorrow Sound, the talented and affable Cebar has moved audiences – not only their rears, but their heads, too – from the stage.

Though he surely could’ve left us long ago for other shores, Cebar has remained dedicated to Milwaukee and so, when he hits the stage at Summerfest – as he did Saturday night – we show up.

(This year, the Big Gig got a double dose of of Cebar as The R&B Cadets performed last week.)

Cebar and his skillful outfit – distilled down to the elemental core of drummer Reggie Bordeaux, multi-instrumentalist Bob Jennings and bassist Mike Fredrickson – performed under the big top on the Johnson Controls World Stage, keeping the crowd moving with his encyclopedic but never dull combination of styles, all swirled together in the most enticing musical gumbo this festival has known.

Milwaukee saxophonist Jay Anderson, a past Cebar collaborator now living in New Orleans, joined the band for most of its set.

... and I'm quite sure he and his crew delivered.

Alas, he wasn't able to deliver as much as planned as the performance was cut short. Though Cebar and his band were slated to take the stage at 8 p.m. the previous band didn't exit the stage until around that time and so, Cebar's performance didn't begin until 8:35.

At 9:25 when Cebar announced they'd play one final song, the powers that be nixed even that and the band instead left the stage to a chorus of disdain from the crowd.

But what little time the band did have was put to good use as it snaked through its poly-rhythmic gumbo, especially wowing with the long-time Cebar classic, "You Make Me Feel So," with its swampy groove, and conjuring New Orleans' legendary The Meters on a gritty instrumental.

Here are some photos from Paul Cebar Tomorrow Sound's show on the penultimate night of the Big Gig: 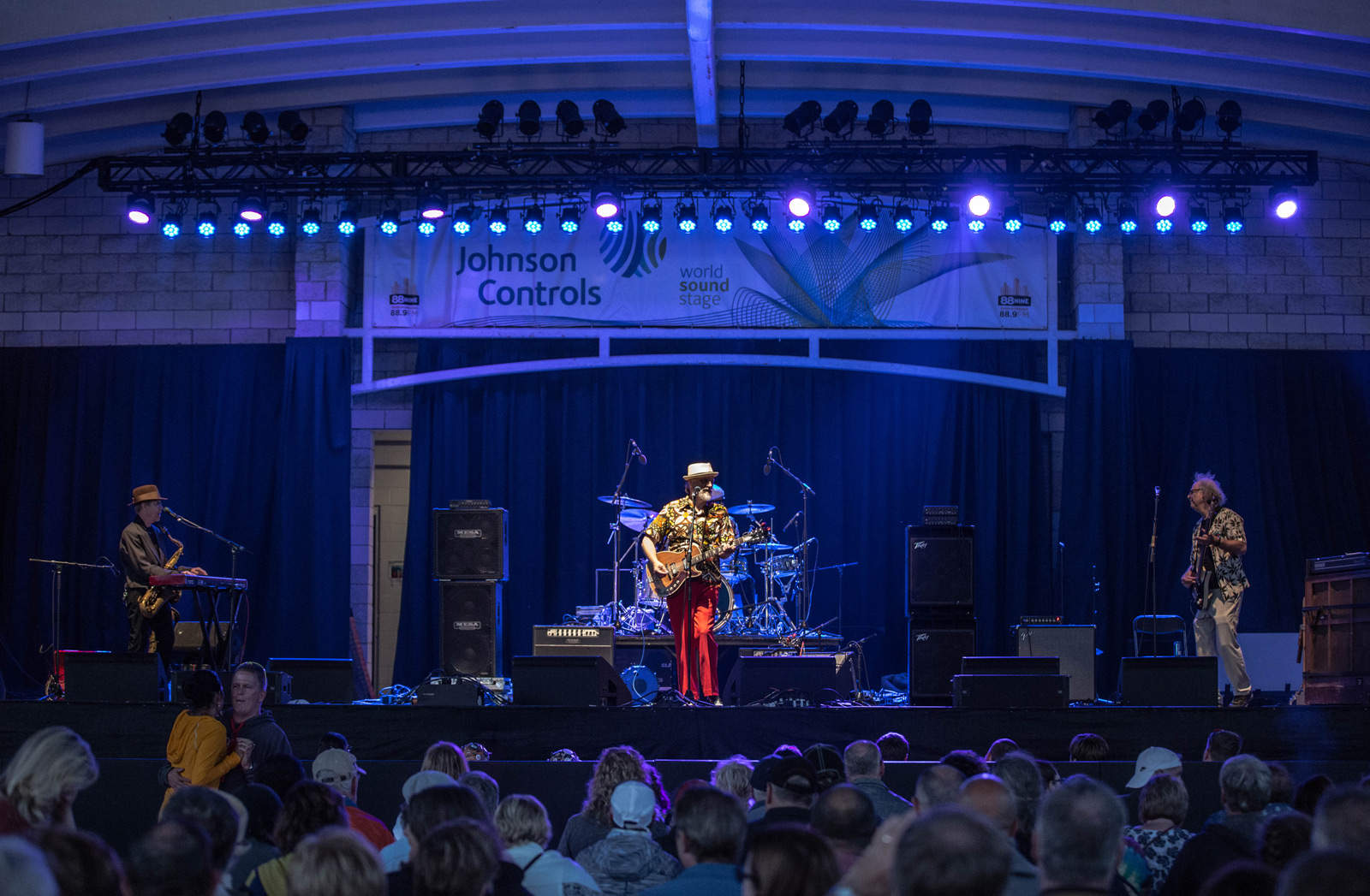 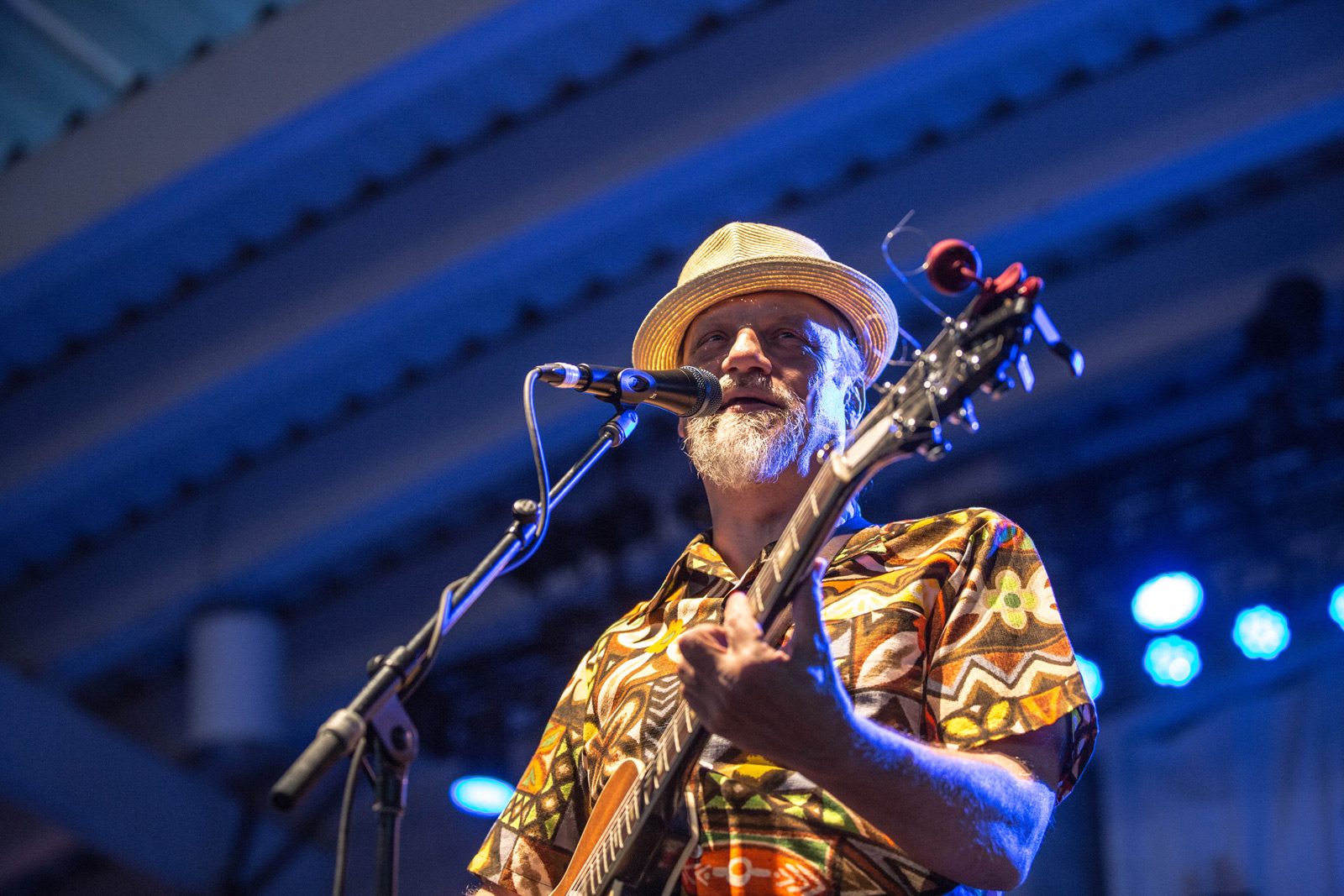 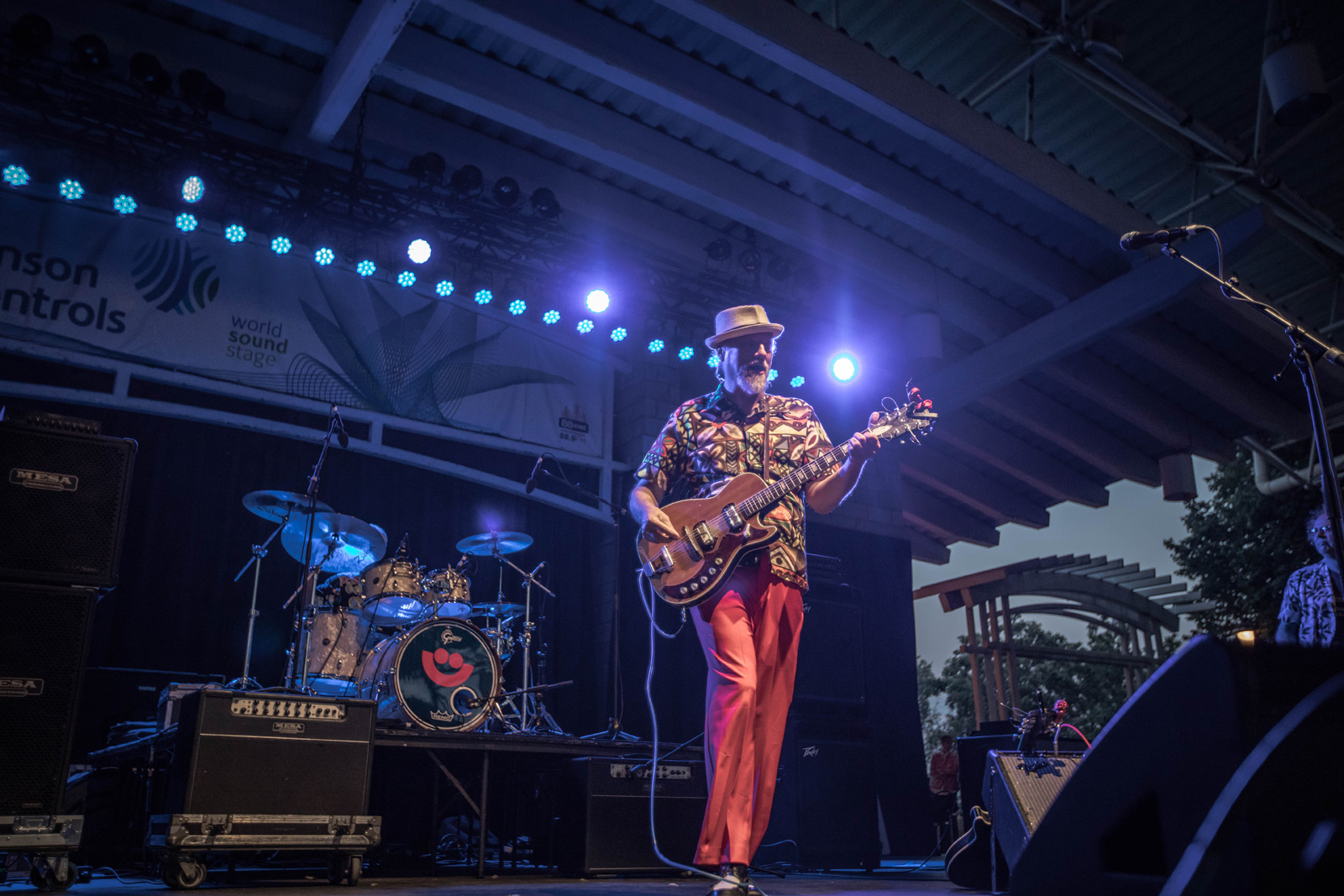