The upcoming Centgraf Farms Wine Dinner at Third Coast Provisions aims to highlight not only the best locally grown produce of the moment, but also an entire season's worth of locally sourced fruits and vegetables. It also shines a light on the increasingly complex and intimate relationships between chefs, farmers and the food they produce.

These days it’s commonplace for restaurants to source produce from local farms, particularly during the summer months when fields are bursting with ripe fruits and vegetables and farmers markets are overflowing with seasonal finds.

But the relationships between restaurants with a commitment to smart sourcing and farms invested in becoming fiscally sustainable operations often grow well beyond a simple buyer/seller mentality.

Such is the case at Third Coast Provisions, 724 N. Milwaukee St., which is hosting a very special wine dinner on Tuesday, Aug. 13.

It’s a special event that aims to highlight not only the best locally grown produce of the moment, but also an entire season’s worth of locally sourced fruits and vegetables. It also shines a light on the increasingly complex and intimate relationships between chefs, farmers and the food they produce. 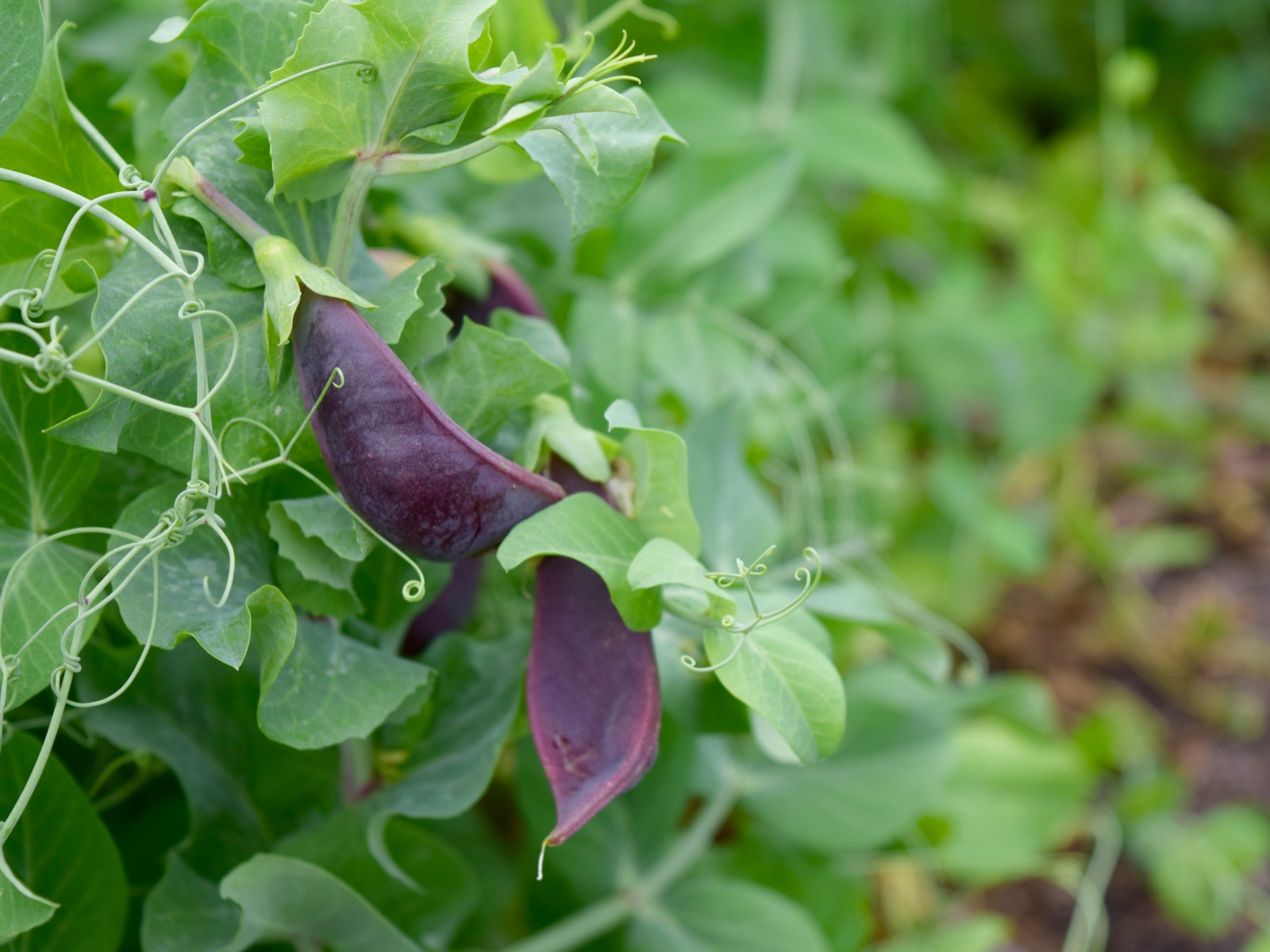 The dinner is a collaboration with Centgraf Farms, a family owned farm which dates back to 1923.

"My great grandfather was a carpenter who dreamed of being a farmer, and in 1923 he brought the dream to fruition with a farm in Menomonee Falls," says Nicole Centgraf, who runs Centgraf Farms with her parents Henry and Lynn, her brother Henry B. and various other family members, including her husband.

"During the Depression – when so many other farms were ceasing operations – my family was able to sustain themselves with the food produced on the farm. We found ways to make it through a variety of changing markets over the years. I remember going on delivery routes with my dad in the 1980s when we aspired to be a bigger wholesale farm … and I remember struggling in the '90s when big grocery stores began springing up and the market shifted. At that point, my mom started selling real estate to make extra money, and we almost lost our farm.

"But, we managed to survive; and in 2003, we moved out to Mayville. We changed our farming practices. We started selling at the farmer’s market, and we started specializing … bringing back older vegetables, heirloom varieties … and over the years we really found a niche market with chefs and restaurants. It’s changed everything for us." 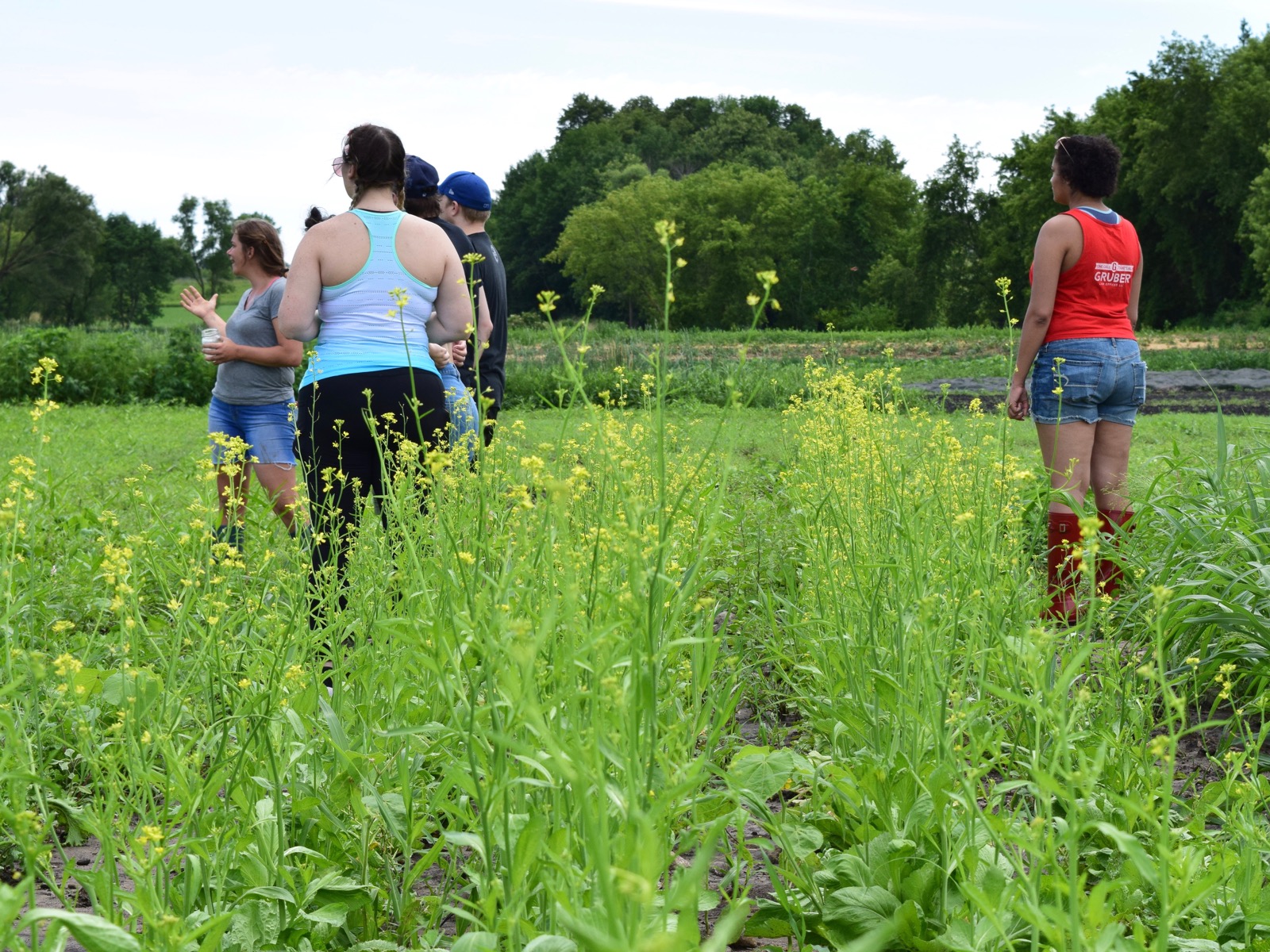 Among the chefs with which Centgraf has developed particularly strong relationships is Miller.

"We first worked with him when he was chef at 8-Twelve in Brookfield, and he brought us along with him over the years," Centgraf notes. "He’s great, and he’s always asking us for really interesting things. This year, we grew sunflowers for so we could provide him with sunflower buds and these really amazing Badger Flame beets created through the breeding program at UW-Madison. Through him, I found Row 7 seed company, which has been great … they carry amazing seeds created using old breeding methods to produce really great tasting foods."

The admiration is mutual.

"Centgraf is great at what they do, and they’re great about working with us to grow very specific items," Miller says. "Every spring I’m sending them a list of like 25 things that I’d love to see them grow, from heirloom varieties to more rare types of vegetables. They can't always accommodate every request, but they continue to push the envelope in terms of the quality of their produce and sustainable practices."

Centgraf says her relationship with Miller has pushed her and the farm to grow new things, learn about various agricultural initiatives and really pay attention to the flavor of the produce they’re growing.

"We’ve really learned a lot, and as the market has changed and we’ve worked more with chefs, we’ve been able to grow so many more things," she says. "For example, it used to be risky to grow large quantities of unusual vegetables. But thanks to requests from chefs, we’re growing like 42 different types of tomatoes this year. We’ll have enough to provide a good amount to chefs, but we’ll also have enough to offer a variety of unique things to customers at the farmer’s market." 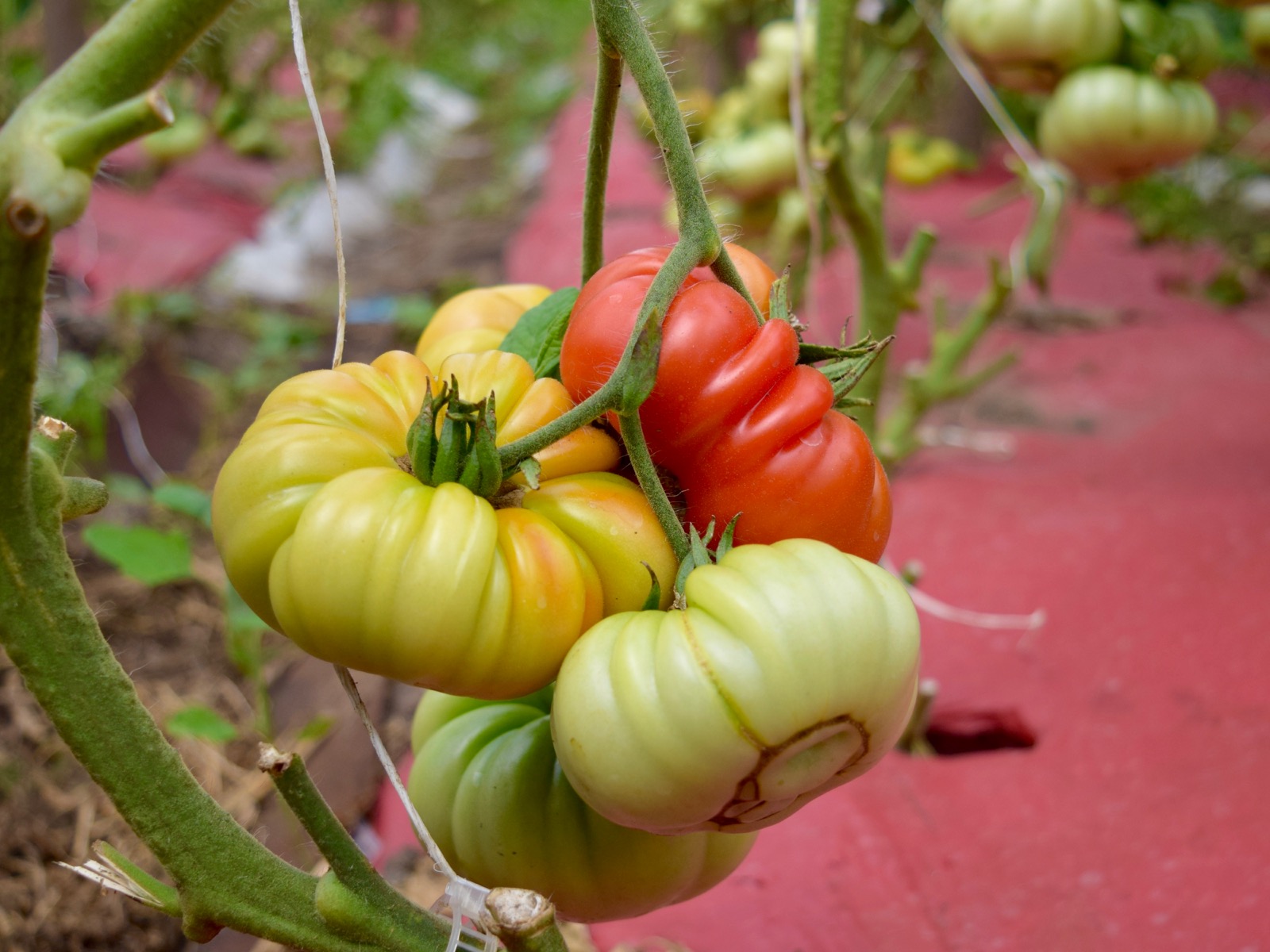 As for the dinner, Miller says it’s a "reflection of the entire season that mixes early fruits and vegetables which we’ve preserved over time with fresh produce from later in the season."

Each course will feature pristine, seasonal vegetables as the star, with a supporting cast of produce-adjacent additions. For instance, vegetable scraps will be used to make cures and marinades. Fruit and vegetable pulp will be dehydrated to add texture or provide garnish. And fruits and vegetables harvested earlier in the season will show up on plates in preserved form.

"We purchase as much as we can over a five-month growing season, and we preserve as much as we can," says Miller. "We do quite a bit of quick pickling, freezer pickles and we make agrodolce and aigre douce from fruits. All of those things are game for the dinner."

Even the bar at Third Coast is getting in on the fun. Bar manager Joe Lowery has been working on creating a house vermouth infused with odd and ends from the restaurant’s farm orders. The vermouth will be served as an accompaniment to the amuse bouche at the dinner.

Miller says the dinner is meant to be a casual, social affair where guests can mingle with members of the Centgraf family and interact with chefs during each course.

"Highlighting the relationship between our two businesses is really cool, and something that we’re really excited for diners to experience," he says. 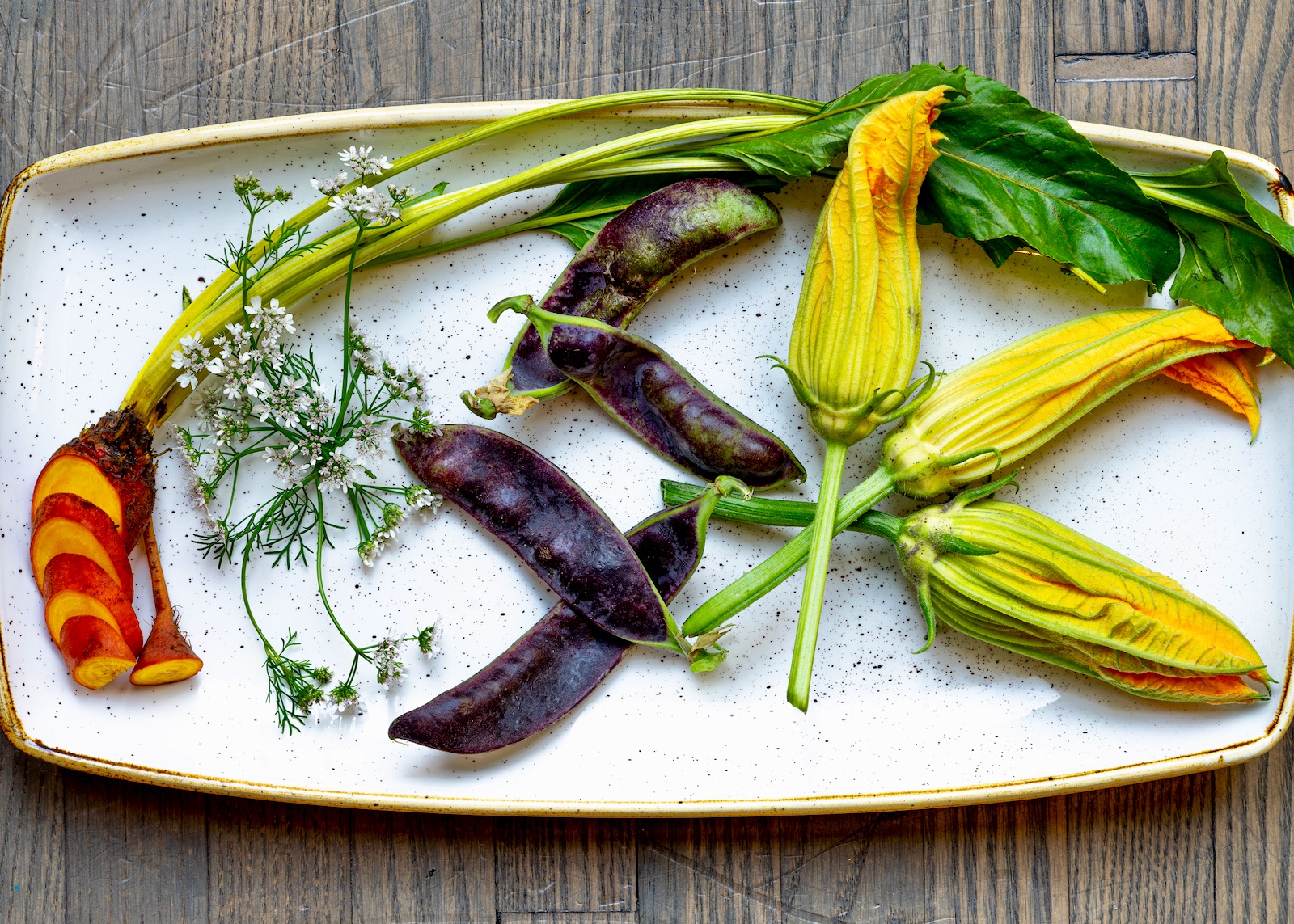 The Centgraf Farms Summer Wine Dinner at Third Coast Provisions takes place on Tuesday, Aug. 13 with a variety of seatings available between 5 and 8 p.m. Tickets are $65 per person and include five courses, plus wine pairings (courses are vegetable-based, but can be upgraded to include proteins to accompany featured produce for an additional $15).

For more on Centgraf Farms, follow them on Facebook or visit them at the West Allis Farmer’s Market Tuesday or Thursday between noon and 5 p.m. or Saturday between 1 and 5 p.m. They also sell produce at the West Bend Farmers Market on Saturdays from 7:30 to 11 a.m.

Lori Fredrich Apr 08 Dining
Do This

Lori Fredrich Feb 19 Dining
Do This

Lori Fredrich Feb 17 Dining
Do This

Cozy up to Winter Dining Week at The Corners of Brookfield