Wisconsin-made North 40 Brandy to be exclusive at Miller Park

Tomorrow's opener at Miller Park marks the first ballgame of the season. It also marks the inaugural debut of Central Standard's brand new North 40 Wisconsin-style brandy as the official brandy served at the ballpark.

Tomorrow’s opener at Miller Park marks the first ballgame of the season. It also marks the inaugural debut of Central Standard’s brand new North 40 Wisconsin-style brandy as the official brandy served at the ballpark.

That means that – for the first time ever – your opening day celebrations can include a Wisconsin-style brandy old fashioned made with brandy produced just a hop, skip and jump away from the baseball field.

North 40 takes honors as the first-ever Wisconsin-style brandy produced by a Milwaukee company. Handcrafted in Central Standard’s Clybourn Street distillery, the small-batch brandy  is aged and finished in Central Standard bourbon barrels to impart a deep-amber hue and a smooth taste.

"North 40 is a recipe we’ve been working to perfect since we opened our doors more than four years ago," notes Central Standard Craft Distillery co-founder Pat McQuillan. "We don’t want people to buy local just because it’s trendy or the right thing to do. We want people to drink brandy created by a Milwaukee company because North 40 tastes better than everything else out there." 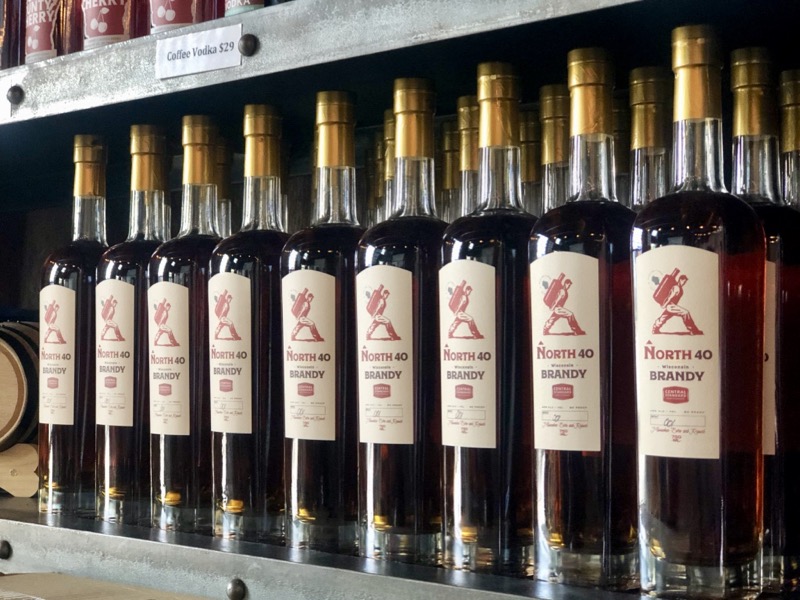 It's also not every day that a Milwaukee brand has the opportunity to debut a product to more than 40,000 people. But that's exactly what's in store for North 40.  In fact, the first official old fashioneds made with the new brandy will be served in the stadium March 28 for opening day.

"We’re incredibly honored that North 40 will be mixed into Old Fashioned cocktails served this season at home Brew Crew games," says co-founder Evan Hughes. "It’s a natural location for our launch as we can see the ballpark from the distillery and North 40 is bottled literally less than a mile and a half from home plate."

In addition to being sold at stands throughout the Miller Park concourse, North 40 will also make an appearance on both store shelves and in area bars throughout Wisconsin beginning April 1. The 750 ml bottles have a recommended retail price of $19.99.