Charles E. Fromage is a clever play on words (think: French Chuck E. Cheese). And its tagline, "a place where adults can be adults," provides an apt description of what guests will find when they visit: namely wine, beer, snacks and great conversation.

Washington Heights officially has an adorable new venue for socializing thanks to the opening of Charles E. Fromage at 5809 W. Vliet St.

That's thanks to owners Honore and Tony Schiro, a husband and wife team who sought to create a venue where adults could enjoy a drink, a bit of food and – maybe most importantly – a bit of great conversation.

The whimsical name, Charles E. Fromage, is actually a clever play on words (think: French Chuck E. Cheese). And its tagline, "a place where adults can be adults," provides an apt description of what guests will find when they visit. 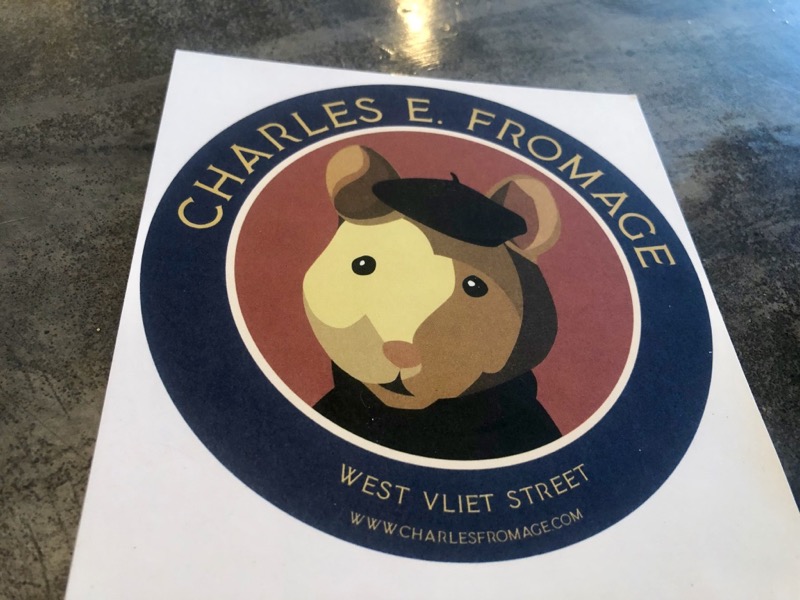 The concept, notes Honore, is fashioned with inspiration taken from 17th century French salons, which were organized to provide a place for men and women to congregate and engage in intellectual discourse.

"It's a place where adults can meet, have a drink and a bit of food and engage in great conversation," she says. "It will function a bit like a little French bistro. Casual, fun ... we want it to be upscale, but not snobby." 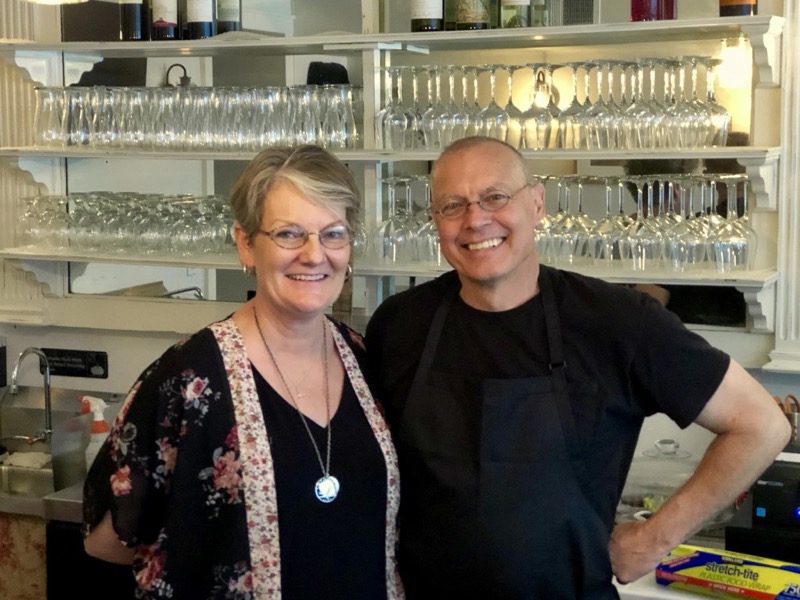 It's a passion project for the two former Milwaukee Public Schools teachers who met "years ago" while working at Lincoln Center of the Arts. They'd always toyed with the idea of opening a small restaurant and, in recent years, began looking for an appropriate space. So when Honore's sister, Marye Beth Dugan, owner of Vliet Street's Rainbow Booksellers, told them the building across the street from the shop was for sale, the Schiro's were excited to check it out.

"I've wanted to do something like this for a long long time," says Tony, an avid home cook who has always enjoyed entertaining others. "I've always enjoyed it, and people say I'm good at it. We also really love the Vliet Street neighborhood. So, it was really fortuitous that things worked out this way. I can't think of a better way to spend my retirement."

It’s taken a bit more than two years to transform the tiny building which formerly housed L.A. Barber, into a food and beverage venue. But the Schiros have done just that, with the help of friends, family (including their son, Dominic, and daughter Fiona) and countless local businesses including Gietl Sign and Merci Mimi. Along the way, they’ve created a quaint venue with a warm, inviting atmosphere. 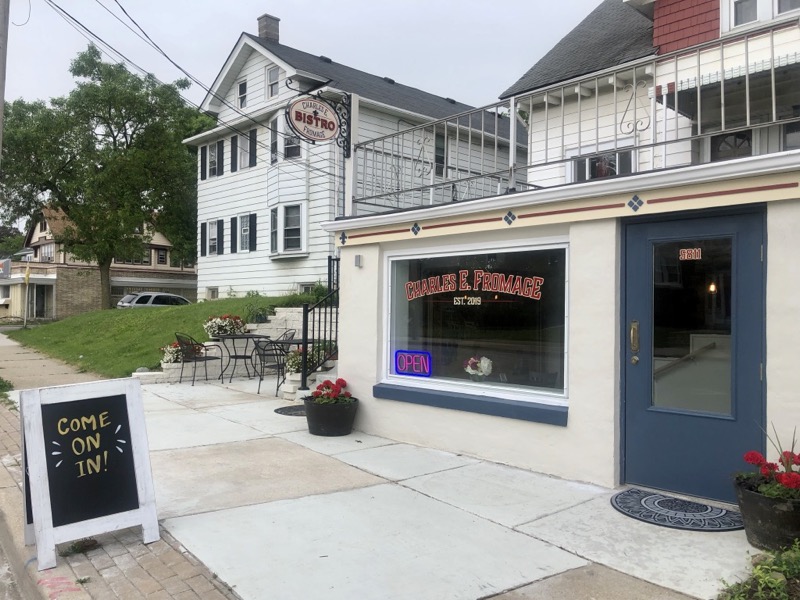 "This wasn’t an easy process, and it took longer than we expected," notes Tony. "But everyone from the city has been so supportive. And the neighborhood has been extremely welcoming."

Grab a drink and a snack

Charles E Fromage is nothing if not cozy, seating 14 guests inside and another 12 on its outdoor patio. And the venue has a warm, welcoming vibe to match. 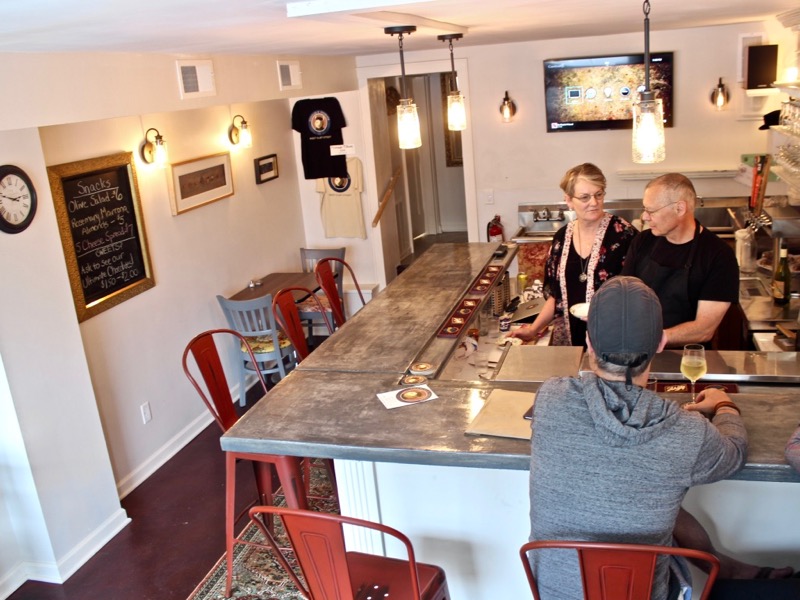 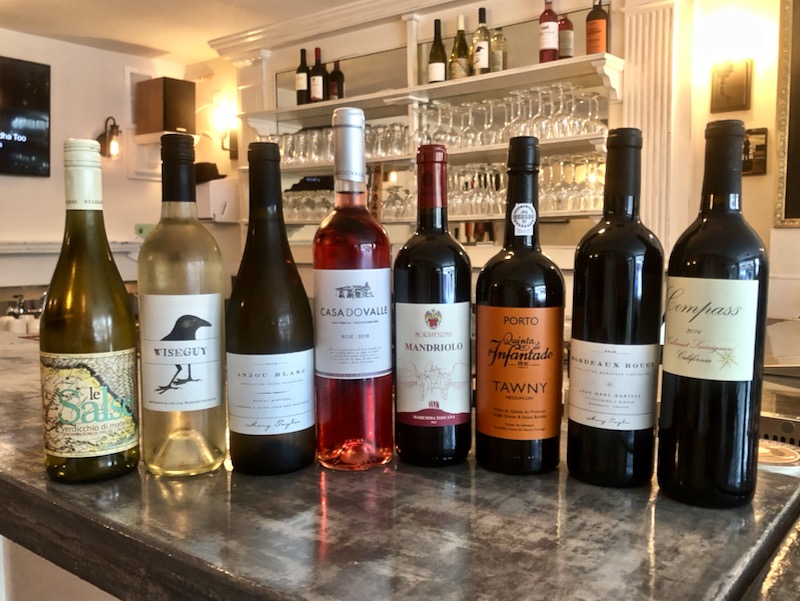 Beverages can be enjoyed alongside selections from a daily menu of simple appetizers and snacks including rosemary Marcona almonds ($5), marinated olive salad ($6) and their housemade five-cheese spread with sliced baguette ($7) along with a selection of sweets like locally made Ultimate Confections chocolates, priced $1.50-$2.

And the operation will take cues from guests, says Honore, who says the goal is to be a place that's comfortable, casual and welcoming.

"As teachers, you always hear the term 'lifelong learning.'" she says. "And that's really what this is. We'll be learning along the way, and we're hoping to give people the opportunity to really learn right along with us."