In what they call "an effort to restore the building to its former glory," the owners of The Cheel restaurant in Thiensville - Jesse and Barkha Daily - have restored the turret on the northeast side of the Queen Anne building in the heart of the town's Main Street Historic District.

In what they call "an effort to restore the building to its former glory," the owners of The Cheel restaurant in Thiensville – Jesse and Barkha Daily – have restored the turret on the northeast side of the Queen Anne building in the heart of the town's Main Street Historic District. 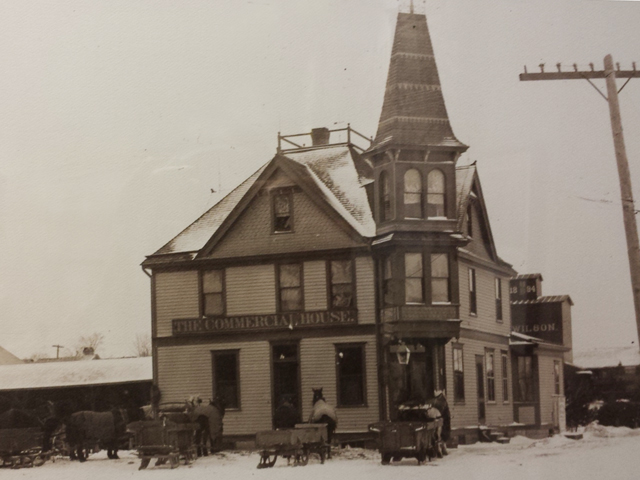 According to the Wisconsin Historical Society: 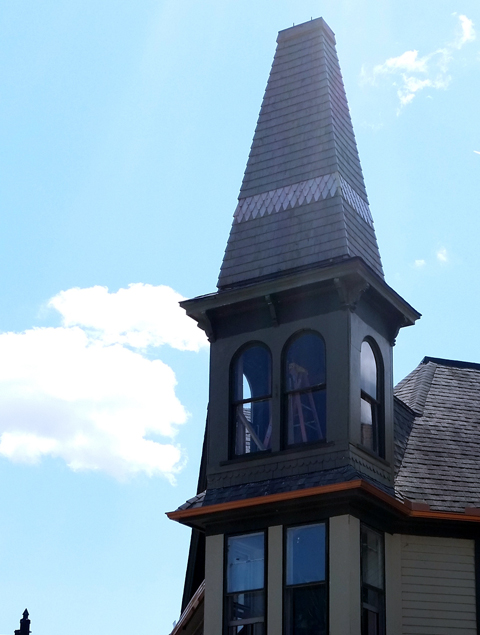 "This structure was built by Nic Wilson, who also ran the grain elevator that was located immediately to the west and along the railroad line. Opening of the bar took place on Nov. 16 and 17 of 1895. Alvin Riemer purchased the hotel/bar and ran it for a time before selling to William Heusler. The structure functioned as a tavern into the 1970s; thereafter it has served as a restaurant."

WHS also notes that the building's corner turret – which had arched windows and bracketed eaves, was originally topped with a truncated pyramidal cupola.

Ozaukee County personality Bill Conley – known as a businessman and musician, who performs locally with Five Guys with Day Jobs – who has done other restoration work in the area, restored the turret, which is topped with a bronze eagle that serves as a link to the name of the restaurant.

Cheel is the Nepalese word for eagle and the restaurant specializes in Nepalese cuisine.

The eagle is the work of Thiensville artist Allen Caucutt and sculptor Tom Queoff. 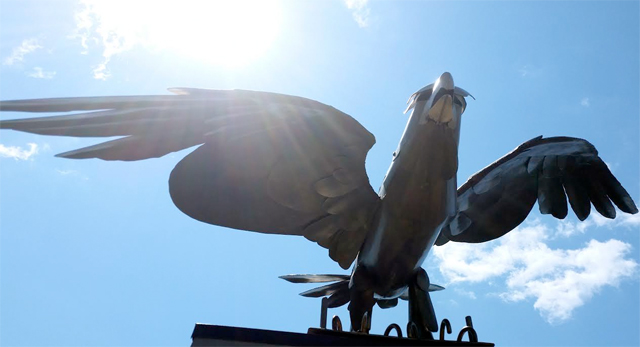 Here's video of the turret installation: