There's nothing more all-American than a burger. In this series, we ask chefs to divulge the mouthwatering details behind their favorite restaurant burgers.

There’s nothing more all-American than a burger. In this series, we ask chefs to divulge the mouthwatering details behind their favorite restaurant burgers. Today, we chat with Chef Barkha Limbu Daily of the cheel. Limbu Daily will be among nine featured chefs at the fifth annual Moveable Feast event at the Milwaukee Public Museum.


Barkha Limbu Daily was born and raised in Kathmandu, Nepal, so burgers were not on her inaugural food radar.

"Sandwiches overall just weren’t anything that we ate," she says. "In fact, in Nepal you really didn’t see any sort of sandwiches until the early 2000s. Even then, because cows are sacred, most were made with chicken or vegetables, not beef."

However, she says her first experience with a burger occurred when she was in the second grade.

"I went to Thailand and Hong Kong on a family vacation," she recalls "And we ate at McDonald’s. I have a very vague memory of it, but I remember liking the French fries and ketchup much better than the burger."

As a result, Limbu Daily says she approaches burgers much differently than most people who grew up eating them.

"The patty is the most important," she says. "The fat to meat ratio is important for the flavor and the texture. And while beef patties are nice, adding lots of flavor is important to me. I grew up with dishes that have a lot of oomph, so I tend to prefer burger patties that are more heavily seasoned."

"When it comes to the bun, I want it to be nice and fresh and soft. It shouldn’t be too hard, but it also shouldn’t get too soggy. And when I think about toppings, I like for there to be a variety. When we eat a meal in Nepal, there is always a variety of dishes. There are achars and vegetables and meat … and you’re always eating things together and creating new flavor combinations. So, I like having that same thing on a burger." 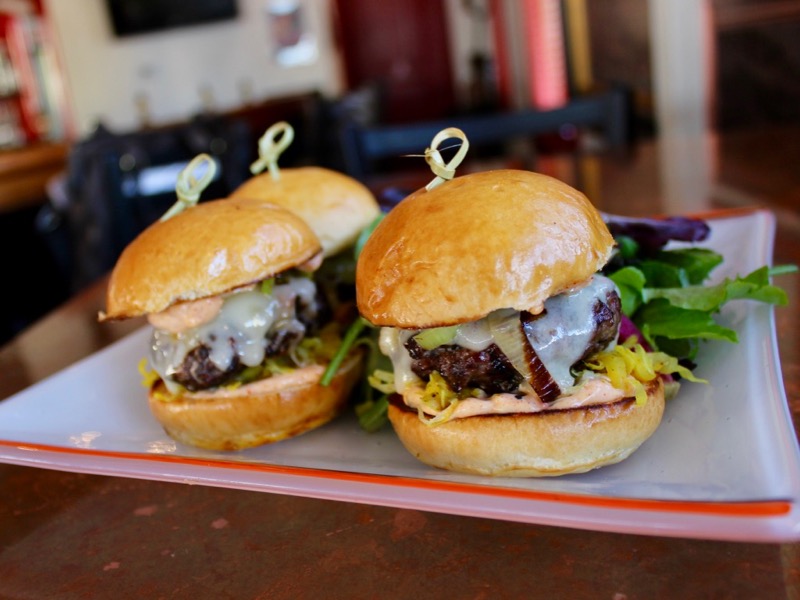 Favorite Burger(s): The Big O at Oscars and The Diplomac at The Diplomat

"At Oscar’s, I like the Big O," says Limbu Daily. "It’s nothing crazy or fancy. But it’s flavorful. I like the tanginess of the pickles and the sharpness of the onion … and I love peppers, so the jalapenos and chipotle jack are things I really like. I also like the creaminess of the guacamole. But I don’t put it on the burger. I might put it on one bite, and then eat the next without."

Despite her love for complex flavor combinations, Limbu Daily says she had a more basic burger she really liked recently at The Diplomat.

"It might be basic, but I could taste the love," she says. "Someone took the time and thought about the process.They made their own bun. And I know, as a person who runs a restaurant, that making things from scratch takes a lot of effort. It was definitely worth it."