If there ever was a time for a power-rocking concept album about a mysterious ship helmed by a frightening being ... Milwaukee's CHIEF, a trio led by Chris Tishler, thinks that time is now. And on Friday, the band drops the first single from the 15-song album, "The Galleon." "For Those Who Live A Light" will be released on Bandcamp, with the full-length double album coming June 20.

Milwaukee’s CHIEF, a trio led by Chris Tishler, thinks that time is now. And on Friday, the band drops the first single from the 15-song album, "The Galleon." "For Those Who Live A Light" will be released on Bandcamp, with the full-length double album coming June 20.

With a running time of almost 70 minutes, "The Galleon" took three years to complete and is CHIEF’s first release in almost six years. It was recorded at West Allis’ Howl Street Studios.

According to Tishler, he began writing "The Galleon" as a simple conceptual idea in early 2017. "It actually started as a short story, kind of based on the passage in Bram Stoker’s ‘Dracula’ where the Count sails in on the ‘Demeter,’ sleeping in boxes of Transylvanian soil by day and feasting on the crew as his sustenance at night."

If you know Tishler or his music, this sounds very much on-brand.

Says Tishler, "Dave (Benton, bass guitar) is a sci-fi/horror author. I’d just finished reading his book ‘Fauna’ and it really inspired me to write some kind of thing in the areas of Dave’s interests … vampires, zombies … cool shit like that. The ‘story’ only made it to a couple of pages in somewhat lyrical form and sat idle."

Over the next year, Tishler says that he, Benton and drummer Matt Liban put this concept to music, and took it to Howl Street Studios to record. 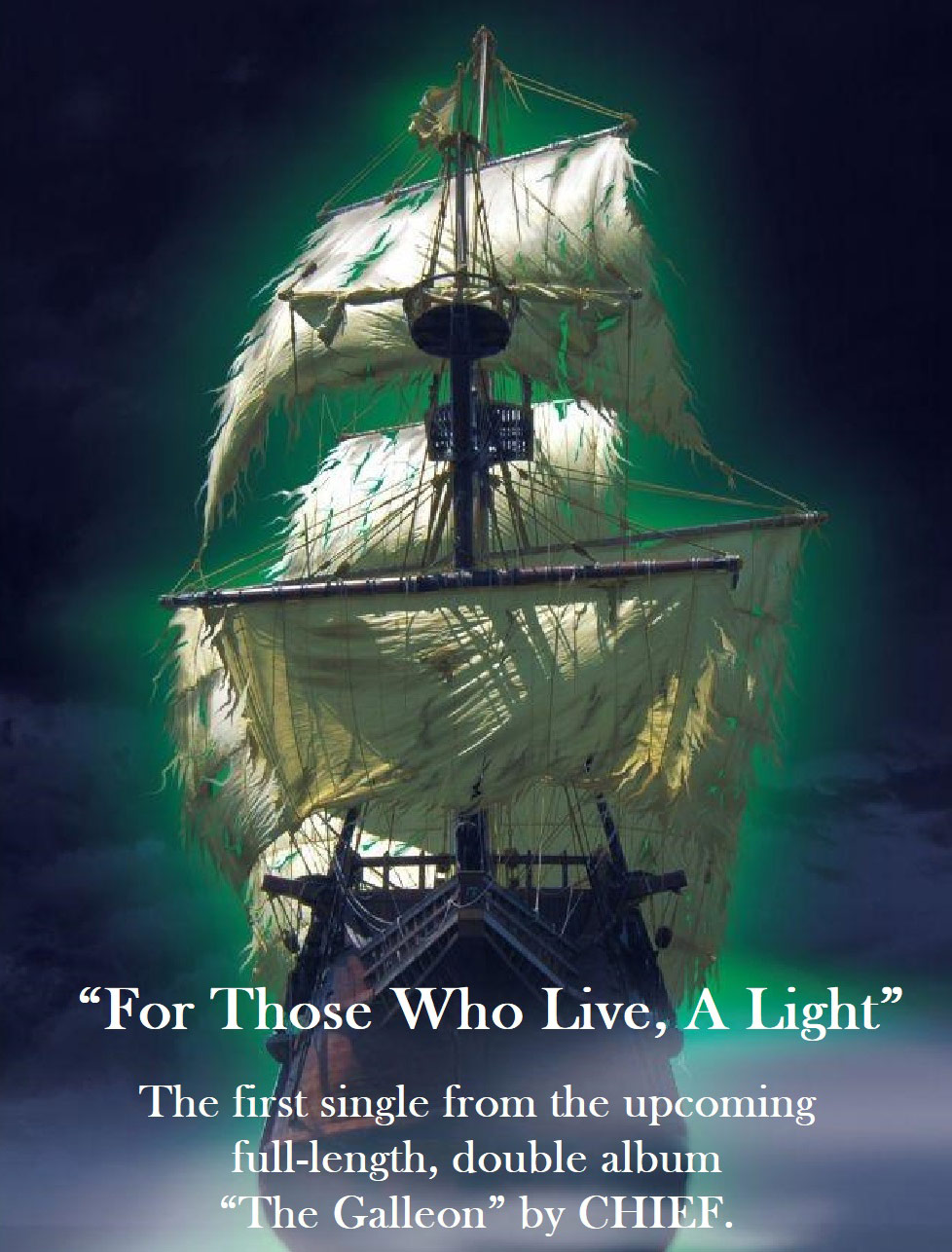 If you’re not familiar with CHIEF, you might recognize the names of some in the band from their other outfit, The 5 Card Studs. But this band is not a parody. It rocks, and it rocks hard.

Tishler says CHIEF’s previous releases (the self-titled debut, "The Reign Of Rock" EP and the follow up full-length "CHIEF II") helped hone and create the "CHIEF sound, and this album keeps that core essence – yet branches out and explores many different sounds, styles and textures.

"Having spent hours and hours refining and fine-tuning all of the songs in rehearsals prior to recording the record, CHIEF wanted to make sure that such a wide-ranging amount of material would make sense as one complete album," says Tishler. "‘The Galleon' hits the mark and more than proves that it does."

CHIEF is releasing "The Galleon" on their own Black Mountain Records label. The band will be releasing three singles from the record in the weeks prior to the full-length album release. You can download "For Those Who Live A Light" exclusively on the band’s Bandcamp page, chiefofficial.bandcamp.com