China Lights will return to Boerner Botanical Gardens for the fourth time this fall, with a mostly new show called "Treasures of China," that will run from Sept. 13 until Oct. 20.

China Lights will return to Boerner Botanical Gardens for the fourth time this fall, with a mostly new show called "Treasures of China" that will run from Sept. 13 until Oct. 20.

This year’s displays – 95 percent of which are new – will include a lantern interpretation of the iconic Terracotta Warriors.

In addition to the striking lanterns – sometimes as much as three-stories tall, made by hand by craftspeople who come from China – China Lights also has an expanded interactive exhibit area, two stages hosting Asian folk and cultural performances, a vendor marketplace and two dining areas with a mix of Asian and Western foods options.

"China Lights is a visionary festival that brings Milwaukee’s legacy of public art and iconic public parks onto the world stage," said County Executive Chris Abele in a news release. "This year’s festival is sure to help reshape the way people interact with Milwaukee County parks." 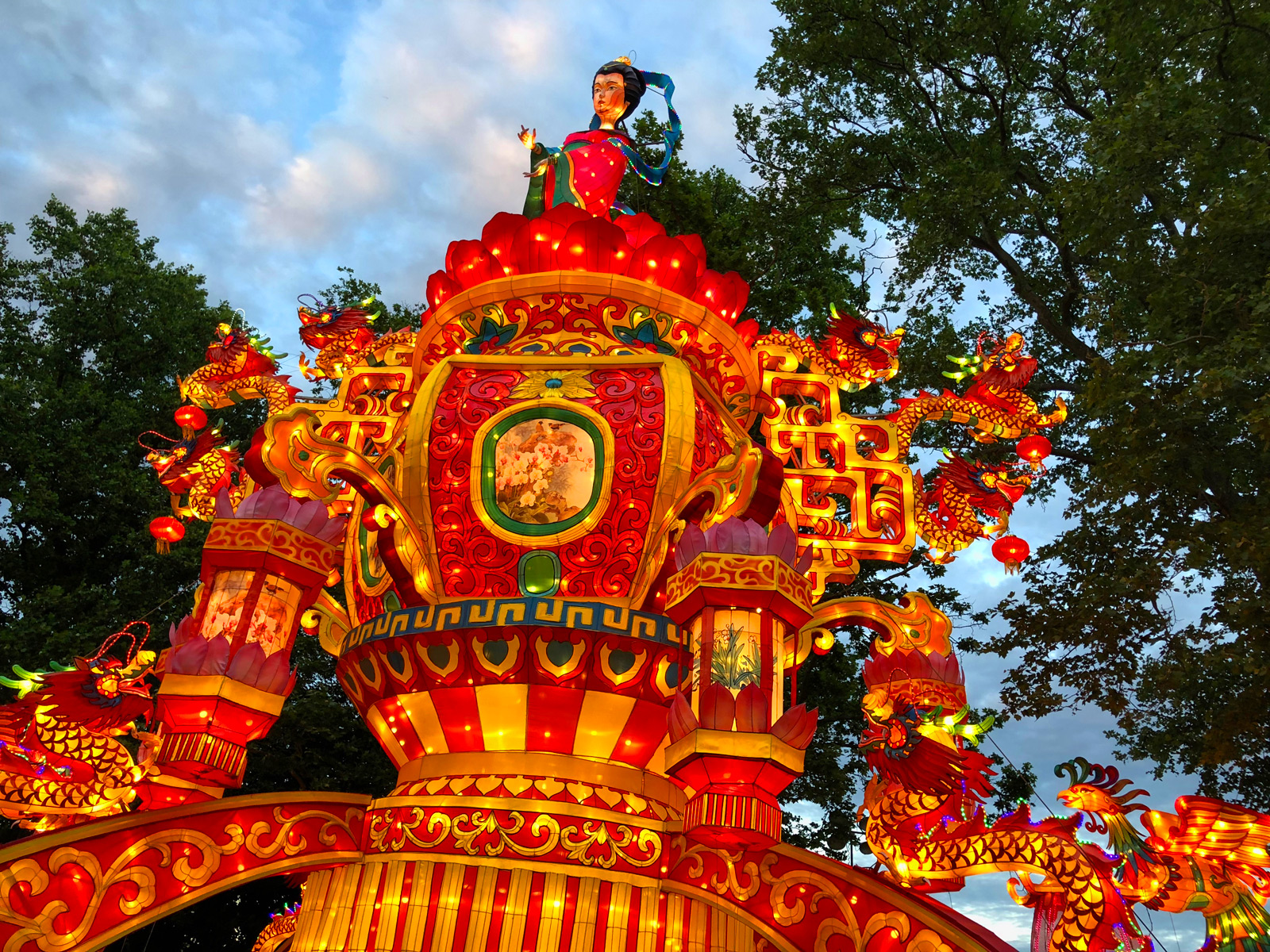 Tickets for the festival go on sale at 10:08 a.m. on Aug. 8, a date and time packed with lucky eights. Tickets will be valid for any night of the festival. Exclusive preview tickets, VIP packages and season passes to the garden can also be purchased.

The colorful festival will be open from 5:30 until 10 p.m. – but you know the illuminated lanterns will look their best after dark.

Free parking is available on a first-come, first-served basis.

In addition to having seen the previous China Lights shows here, I saw the Philadelphia Chinese Lantern Festival last month and it was as great as ever, though – despite the fact that it’s produced by the same company, Tianyu – it won't likely be identical to this Milwaukee China Lights festival. But it’ll definitely be good.

"On a recent visit to China, I went to what is considered one of the greatest archeological discoveries of modern times: the terra cotta warriors. Seeing thousands of clay soldiers and horses guarding the tomb of China’s first emperor was an amazing experience," said Ralph Garity, the event producer and president of Festival Pro.

"Working with Tianyu, we’ll be bringing this and other cultural treasures of China to Milwaukee — in the form of lantern displays."