When openers Morgan Evans and (especially) Dan + Shay put on a fantastic show, I thought it would be impossible to top -- plus, I am a huge fan of Dan + Shay. But once Chris Young stepped onto the stage and sang his first song, I knew it was also going to be great.

October 26 marked the latest historic day for Fiserv Forum, as the new arena hosted its first ever country concert. And Chris Young's concert kicked open the country doors with a whole lot of fun and energy, from beginning to end.

When openers Morgan Evans and especially Dan + Shay put on a fantastic show, I thought it would be impossible to top. (Plus, I am just simply a huge fan of Dan + Shay.) But Chris Young immediately owned the night as soon as he stepped onto the stage and sang his first song, "Losing Sleep" – which is also the name of his current tour. I would’ve liked to hear it later on, just because the importance and significance of the song could be more appreciated by the audience. But still, it was great to hear one of my favorite songs by him – complimented by an eye-catching video playing beforehand.

The video started with a metallic "CY" version of his logo, it disappeared and then there was what seemed to be a point-of-view style action of taking off on a plane, or going down a tunnel.

Young moved along to "Gettin' You Home" and "Voices," which featured another interesting video – pictures of a home, a schoolhouse, a water tower, trees and more appearing and disappearing, adding a nice visual effect to the song. Afterward, Young had to take a few moments to pause, and before starting "Lonely Eyes," he just smiled at the cheering audience, not saying a word for a minute or two, taking it all in and wiping some sweat off his right brow. 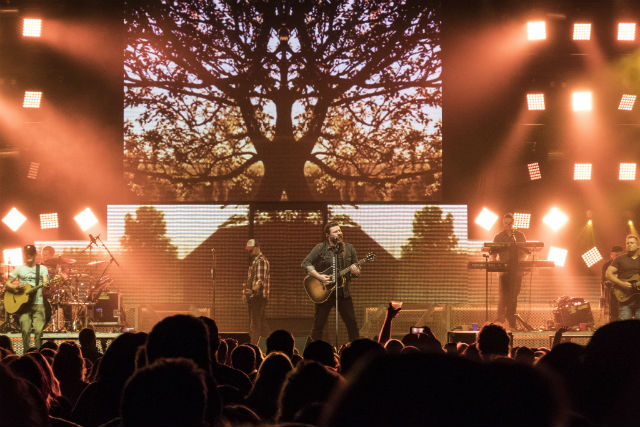 He did get to talking eventually, however, incorporating an amusing sense of humor throughout the night. He almost chastised the audience for cheering so much, telling the crowd we had a long way to go in the concert so we should save it for later. He thanked us for being great – and then said we should play a drinking game for however many times he says, "Thank you."

Before the laughs could die down, "Lonely Eyes" began, and the crowd went nuts – aided by Young's guitarists, who stood on top of light-up boxes in front and got the audience to start clapping to the beat of the music.

The baritone singer asked us afterwards if there were any single people in the audience, before pointing out that they were screwed: The next song he was going to sing, he joked, would make us want to text our ex that we missed him or her. The song turned out to be "Who I Am With You" – which, as he informed us, is one of Young’s favorites. I laughed and then enjoyed the rest of the song, successfully without texting my ex. 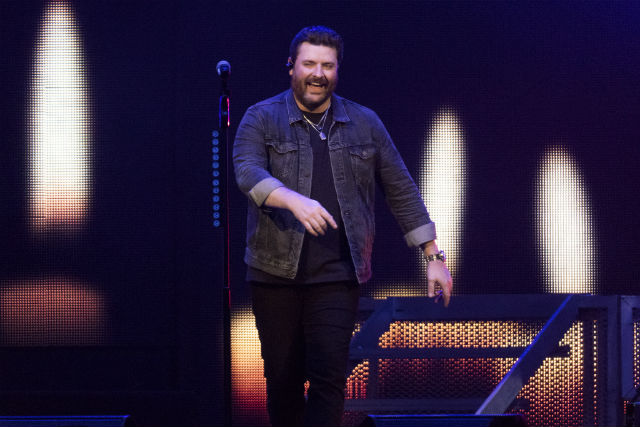 "Hangin’ On" and "Sober Saturday Night" were great for singalongs, with the audience knowing almost every word. Before "Sober Saturday Night," Young said there was lots more music coming out and that he was full of ideas. Safe to say the crowd was looking forward to it.

Young then performed his duet "Think of You" with Cassadee Pope – but since she wasn't there, he had a video playing in the background of Pope singing her part and walking down a dark pathway. That meant Young couldn’t make any mistakes, otherwise the song would be thrown off. And he didn’t! Not one hesitation or mistake was made, and I was in awe.

Young then really slowed things down with an acoustic version of Keith Whitley's "Don't Close Your Eyes" with just him and a guitar player. Much of the audience took the song as either an opportunity to get up and use the restroom, or to have conversations with one another. Perhaps it slowed things down too much – or the crowd just didn't know the song. (Guilty as charged.)

Things quickly got going again as Young sang "I Can Take It From There" and even gave a quick update on the World Series, which was 1-1 in the ninth inning at the time. (The game wouldn't end until nine innings and several hours later.) I was surprised that Young was a baseball fan – or thought it was important enough to mention at his concert. (If only the Brewers had made it ...)

Country music and baseball: what could get more American than that? 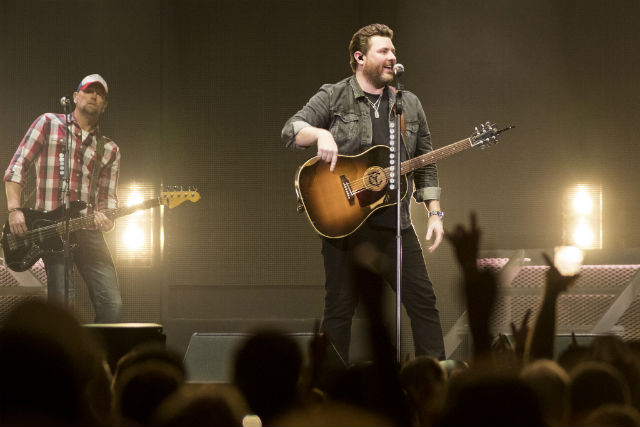 Near the end of the night, Young busted out "Tomorrow" – one of his top tracks. I appreciate the honesty of the lyrics. But my favorite was when Young came back on stage for his encore, "I’m Coming Over," a song that means so much to me, one that I used to have on repeat all the time. Before he started, he told the audience a simple statement: "I love you guys."

I personally thought it was a great way to end the concert, but I wonder if maybe he could’ve switched the first song with the last song – just because, since "I’m Coming Over," he’s had other hits capable of sending the crowd out happy.

Still, I left the Fiserv Forum with a tour T-shirt in hand, a smile on my face and the satisfaction that the first country show in the new arena did it totally right.

Pro bull riders will saddle up at Fiserv Forum in March