With his persistent positive outlook on life, Gilbert has now found himself amongst some heady endeavors - from "Black Nativity" at the Marcus Center to leading the Milwaukee Bucks' Grand Dancers and more.

Christopher DeAngelo Gilbert is the embodiment of the word "movement." He is also distinctly of the Milwaukee movement. His presence precedes him in his natty attire, and his love for dance and all its implications pounce from him.

"We are all natural movers … and everybody brings something different to the table," Gilbert says.

With his persistent positive outlook on life, Gilbert has now found himself amongst some heady endeavors. He is the choreographer for the upcoming "Black Nativity" by Langston Hughes, coming in December to the Marcus Center for the Performing Arts. In addition, he teaches hip-hop classes throughout Wisconsin. And on top of those adventures, he also leads the Grand Dancers for the Milwaukee Bucks, who perform at various home games at the newly opened Fiserv Forum.

"Black Nativity" is directed by Malkia Stampley, who Gilbert met working together at First Stage Academy.

"It’s got that soul; we practice everyday grinding it out," Gilbert notes. "It’s cool to see what everybody contributes to it. This is the first time that the show will incorporate hip-hop so it definitely changes the dynamics from when the show was first written."

In his youth, Gilbert could not have imagined opportunities like this coming about for him. He spent many of his formative years living on 32nd and Vliet on Milwaukee’s North Side. Even from a very young age, Gilbert had dance in his life, but it was just something that he did.

"I really wanted to be a forensic artist … art was my first love, music was second and then came dance," Gilbert says.

Yet by age 13, Gilbert was teaching his own dance classes. He quickly realized that these classes gave him a platform that he did not previously have in his life.

"When you’re an educator, somebody is walking in there with a belief that you are going to instill something in (them) that is going to benefit (them)," Gilbert says.

On Monday and Tuesday nights, Gilbert teaches hip-hop dance classes at DAYNC Studio located at 910 E. Hamilton St. on Milwaukee’s East Side. "It don’t matter the day – come dance," he says when talking about his classes. The classes are meant for beginners up to advanced level attendees, but they're also a judge-free zone where students are encouraged to tell their own story and interpret it in their own way.

"I’m giving (the students) a foundation, but they are the blueprint behind the movement," Gilbert says. 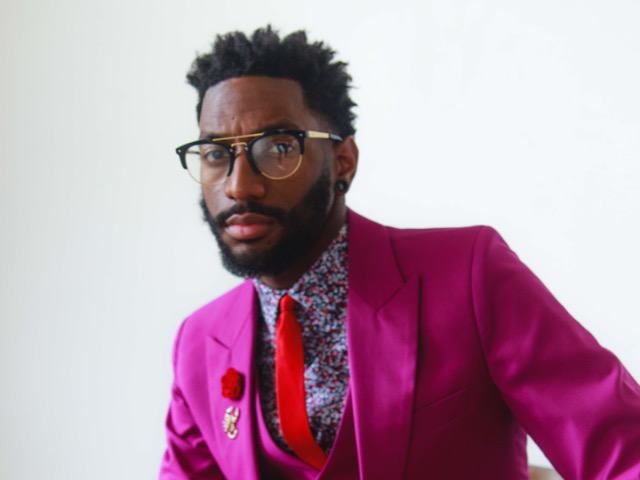 This season, Gilbert began to lead the Grand Dancers for the Milwaukee Bucks. The unconventional dance team consists entirely of adults 55 and up.

"It’s crazy because most of them are retired … and they choose to still put their time in and invest in themselves and their community," Gilbert says.

With the Bucks moving into their new arena, they wanted a fresh energy. For him it is just another, albeit larger, venue to have a platform and "another way to push out the positivity." He also acknowledges that the timing of him coming on board was right even though he may have wanted it earlier.

"You are where you are for a reason because there’s something that you are supposed to gain from that moment ... I don’t see a setback as a loss; it’s a lesson," Gilbert says.

Gilbert is also a part of the potent local music group New Age Narcissism. The collective's musical and artistic reach has already been long in the city, but a big part of its focus is giving back to the children of the community. To that aim, Gilbert joins them in schools across the area, inspiring youth with the opportunity of a musical outlet to work through what is going on in their lives.

"I want to bring light to what (other) people’s light is," Gilbert says. When he speaks of an interaction he had with a young teen at a school, his eyes and tone becomes serious. The teen asked him where he had been. Gilbert answered that he had been around working in schools, but the teen persisted, saying that he had not been at his school. Seeing this hunger made Gilbert challenge his bandmates.

"We’ve got to do more; we need to be more aggressive (in our outreach)," he recalls.

Gilbert aims to empower people with each interaction he has – whether it be on stage, in a classroom, at Fiserv Forum or in his daily life – and to keep growing and expansing his vision.

"The message (of positivity) is bigger than the movement," he says. "I’m trying to remain a student of life. You should not be putting a cap on your greatness." 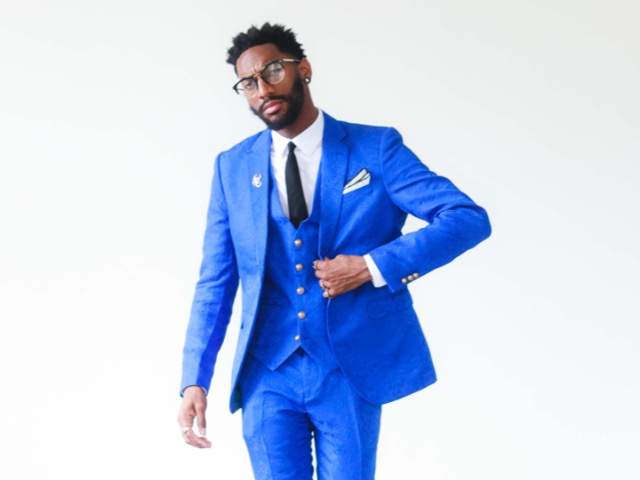