"OK, you can break dance, but can you do it on ice skates?"

"Looks like you’re a good ice skater, but can you juggle? And do spins while holding a grown woman above your head with one hand?"

I probably spent an inordinate amount of time Thursday night imagining how interviews went when Montreal-based Cirque du Soleil was assembling the cast of its first-ever ice show, "Crystal," which opened at Fiserv Forum last night and runs there through Sunday. 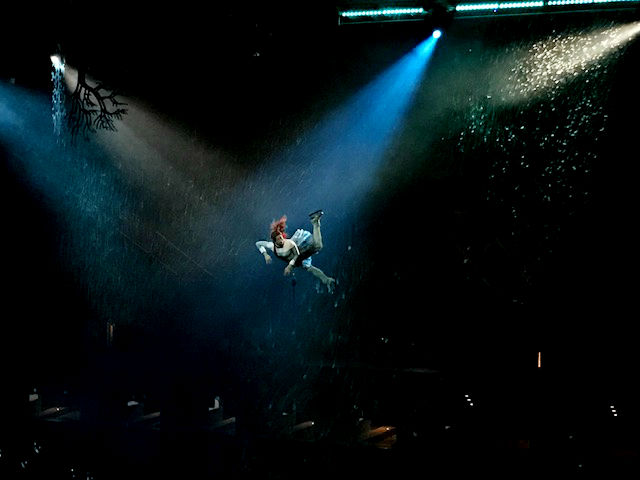 What may have opened looking a little bit like a fairly typical skating exhibition quickly redefined itself as classic Cirque, with a mix of gorgeous lighting, evocative music, stunning acrobatic feats, quirky choreography and a dash of humor (and a dose of hockey).

Alas, the first performance of the show Wednesday night was canceled, due, ironically, to the gelid temps outside, and the crowd on Thursday appeared somewhat thin. Perhaps ice isn’t exactly what Milwaukeeans want to think about at this very moment.

But it’s your loss, Milwaukee, if you miss "Crystal," which entertains with its gasp-inducing trapeze segments, smile-generating choreographed sequences that made me think at times that I might’ve been watching a Kraftwerk video and beautiful set design and lighting. 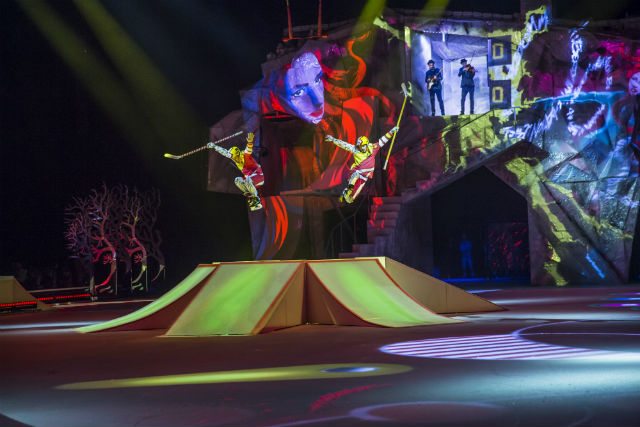 Pre-recorded music throughout the show is augmented by a group of musicians performing live, which adds an extra dimension to the sound.

If at first you think that "Crystal" feels a little tamer than some other Cirque productions, that feeling melts away when you remember everyone is on skates.

As always, there’s a story line. In a frigid town – with wandering minstrals playing music worthy of Yann Tiersen, a town pagliaccio whipping snowballs at the audience and doing his best John Ritter impersonation, tumbling over the retaining wall around the rink and generally hamming it up – a girl named Crystal takes to the ice to skate.

Soon, cracks form and Crystal finds herself in a frozen underworld that is either real or imaginary, we can’t be sure. But, honestly, it doesn’t matter. Whatever the particulars of her journey, it’s the trek itself that thrills us with its movement, its sound, its light, its excitement.

The show, directed by Shana Carroll and Sebastien Soldevila an appropriate for all ages (I took my kids, who loved it), has performances tonight and Saturday at 7:30 p.m. and Sunday at 5. There is also a 4 p.m. show Saturday and a 1:30 performance on Sunday.

Ticket prices vary and there are a few packages (VIP, family pack, etc.) available, so go here for details and to purchase.