Recently, workers began to renovate Room 307 on the east side of the third floor of City Hall, 200 E. Wells St. Their demo work uncovered a bit of evocative history.

Recently, workers began to renovate Room 307 on the east side of the third floor of City Hall, 200 E. Wells St.

Most recently, the space had been home to the budget office, but now it will be home to staff of the Legislative Reference Bureau (whose public-facing area remains on the recently redesigned and renovated lower level of the Zeidler Municipal Building, 841 N. Broadway). 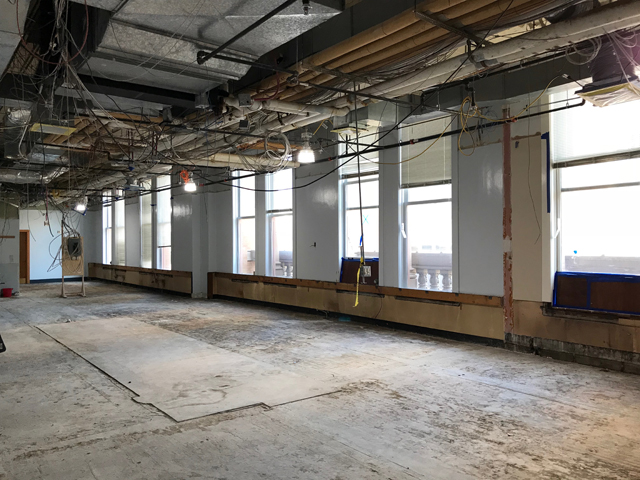 While this, in itself, is most likely ho-hum news to you, I mention it in this mini-spelunk because workers demo-ing the space uncovered some interesting things.

Because he knows my enthusiasm for such things matches his own, City Clerk Jim Owczarski invited me over for a look.

Inside the space, which looks like it used to be divided by a wall that is now long gone, Owczarski pointed out the vintage tile work on the floor, which is especially nice along the walls, where there is some nice border work. Then, we looked at the hardwood floor and noticed a clearly delineated space. 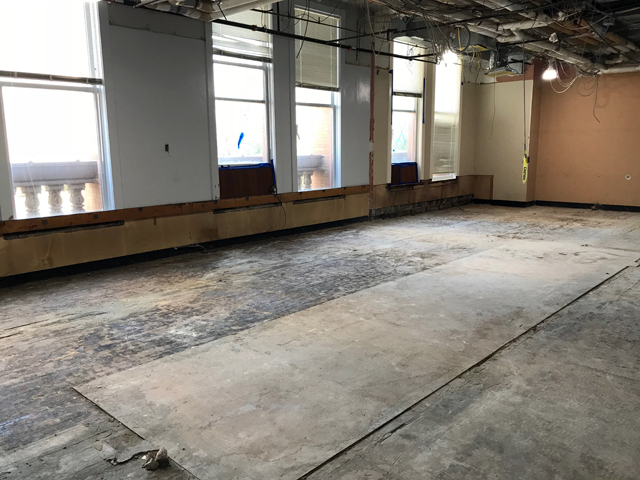 "It was a likely a customer service counter for the water department," says Owczarski, who then points to some spots in the floor where it appears a balustrade may have been anchored (pictured below). 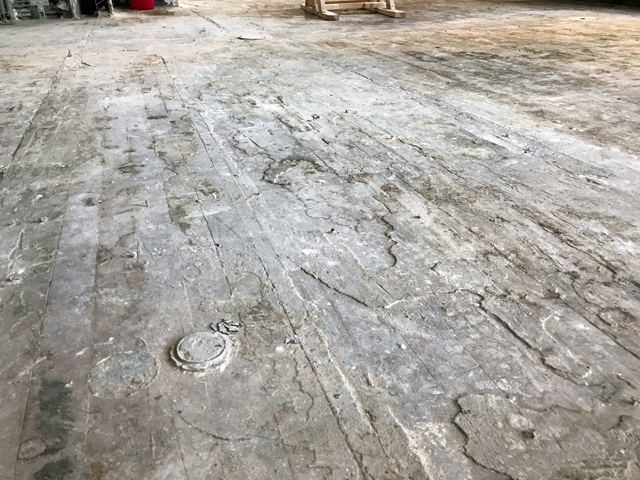 On the southern end of the space, one can see where the walls that created some small offices once stood (see photo below).

"I checked our collection of city government phone directories, which go back to 1929 though we don’t have one for every year," LRB’s Eileen Lipinski – whose office will be in here – wrote in an email.

"The 1929 edition shows the Water Department as the occupant of City Hall, Room 306/307. That changes with the construction of the Municipal Building in 1959; the edition for that year lists the Annuity and Pension Board/Employees’ Retirement System, though the room number was 308. The 1963 edition lists the Budget Office as the occupant, and the room number is 307 again. (In) City Directories prior to 1929 ... city government office are simply listed as being located at City Hall, no room numbers are included.

"If it looks from the exposed floor area that there used to a counter area, that would make sense for the Water Department. Perhaps citizens could come there to pay their bills, just as they do today on the 4th floor of the Municipal Building."

Owczarski sums up my thoughts exactly when he says, "it’s an interesting evocation of the time ... The only pity is that we’re likely to cover it up again given its relatively deteriorated shape and the associated cost." 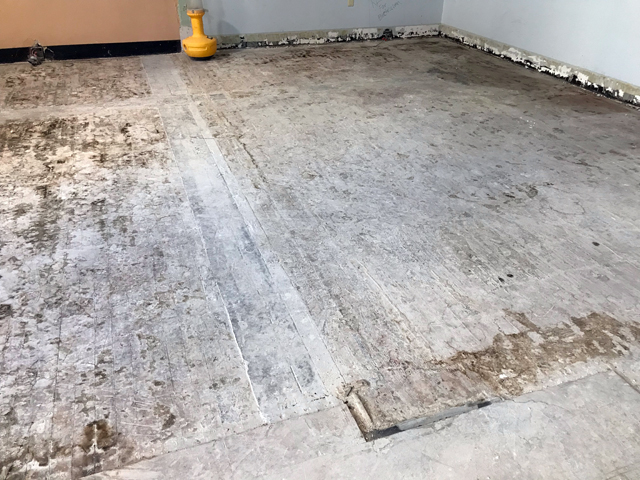 Looking down at the tile, Owczarski says, "The next time it’s exposed we’ll likely all be gone."

But I bet it will be fun for Lipinski and her history-loving colleagues to know that bit of heritage is beneath the carpet they walk upon each day.

While we were there, I should add, Owczarski took the opportunity to show me a quirky little adjacent space that was likely built as a storage "bunker." 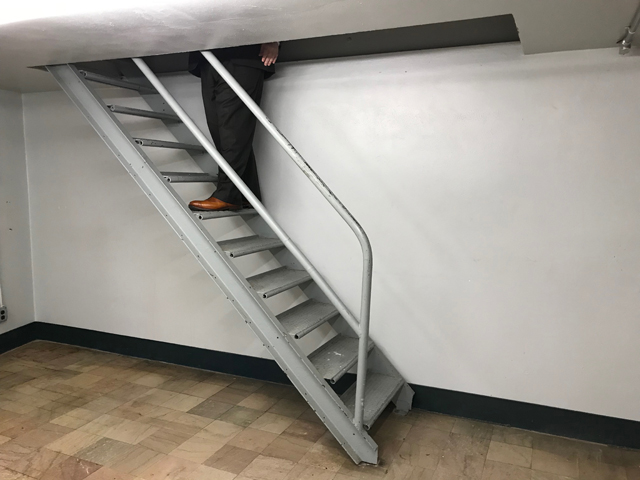 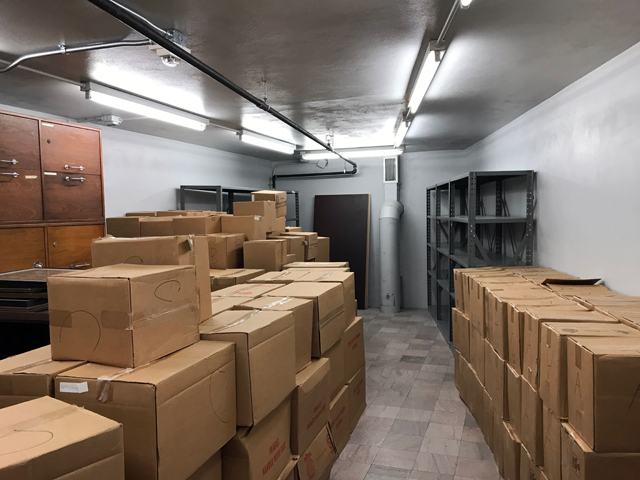 There are no windows in here and the ceiling height is halved by second story accessed by a metal staircase. Once you go up the steps you don’t have much headroom anymore.

At the moment the lower level is empty and the upper is used for a bit of storage. This may change once LRB staff makes its home just outside the door to this unusual space. 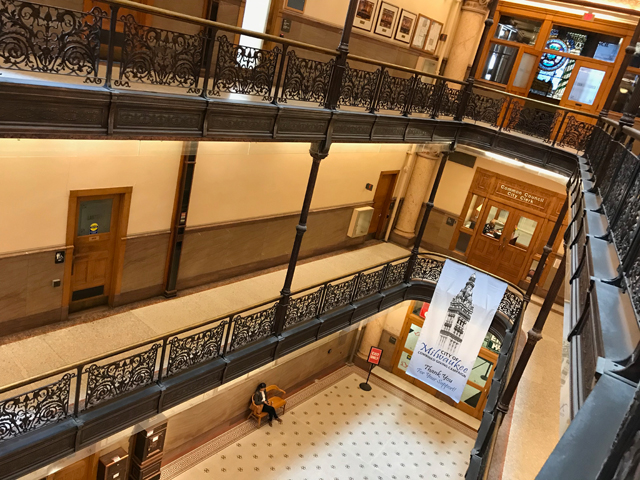 The knowledgeable and engaging Jim Owczarski will be leading tours of City Hall during Doors Open MKE this weekend. Don’t miss out on the chance to take one of these 30-minutes walks with him.