At the foot of Wisconsin Avenue, some Milwaukeeans recall, there stood a gorgeous red brick Romanesque Revival train station that many can't believe is gone (or ever even really existed). Thanks to Karl Bandow, here are some great old color photos of it.

At the foot of Wisconsin Avenue, some Milwaukeeans recall, there stood a gorgeous red brick and granite Romanesque Revival train station that many can't believe is gone (or ever even really existed).

Nearly four years ago, I shared some amazing LeRoy Augustine monochrome images of the station, which was at 901 E. Wisconsin Ave., along with some of its story. You can read that here for background, though I'm including some of it here, too. 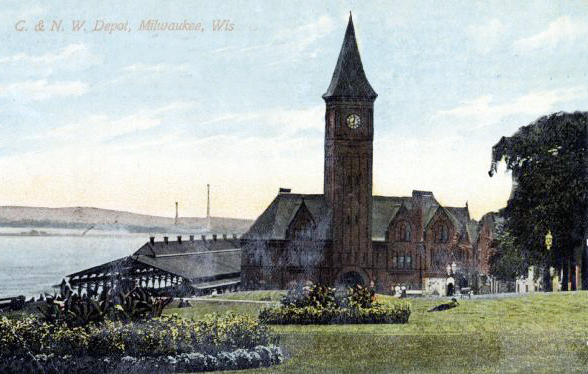 Lake Front Depot, a Romanesque Milwaukee landmark, stood about where the Betty Brinn Museum is today from 1889 until 1968. The depot was built by the Chicago and North Western Railway and there was a time when nearly 100 trains a day pulled into or out of the station.

The station was designed by Maine-born architect Charles Sumner Frost, who drew plans for Chicago's Navy Pier and 127 buildings for the Chicago and North Western Railway. Others in Wisconsin designed by Frost include stations in South Milwaukee, Oconomowoc, Racine, Beaver Dam, Madison, Ashland, Antigo and Green Bay.

In a description of a photo in its collection, the Milwaukee Public Library noted, "The Chicago & North Western Railway depot was ... built ... to replace the railroad's first city depot, which was built in 1872. The shoreline at that time was so close to the new depot that, in a storm, the waves would splash over the loading platform. ... The outstanding feature of the exterior was the clock tower, patterned after the Italian campanile."

The County bought the building and the land around it in 1946, and CNW continued to use the depot for another 20 years. The station was shuttered in 1966 and demolished in 1968.

Thanks to Karl Bandow – who has collected many old color slides of images shot by the late Ray Szopieray – we can see the vivid ones here, made in 1965 (except for one taken in '67).

Click here to see my Facebook album of photos of the landmark Milwaukee band The Velvet Whip taken on the ruins of the station before the site was completely cleared.

A fine example of the Romanesque Revival 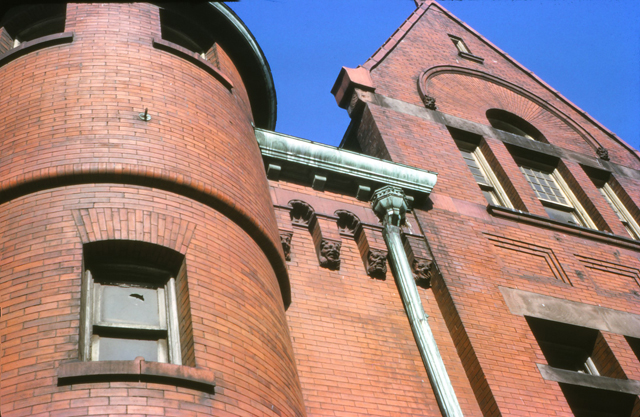 It was falling into disrepair 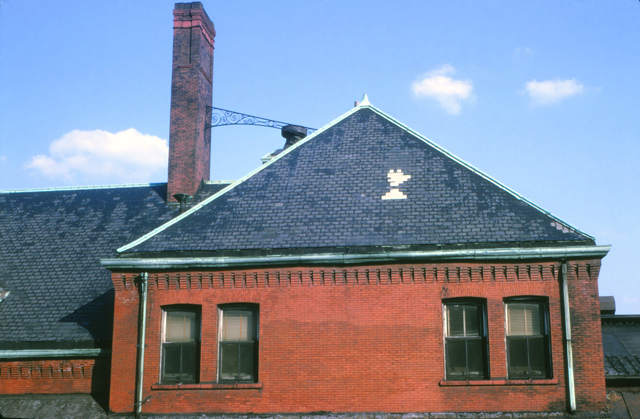 The clocktower was an asset to the skyline 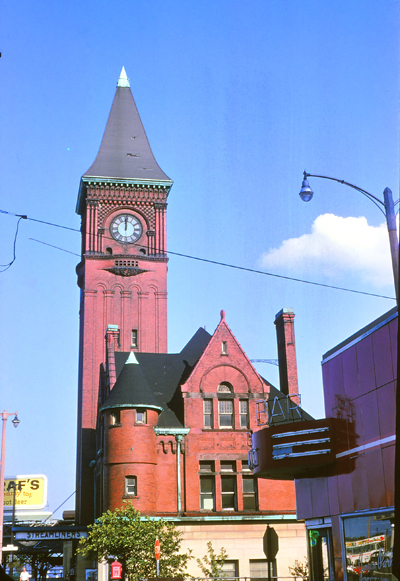 The view along Wisconsin Avenue 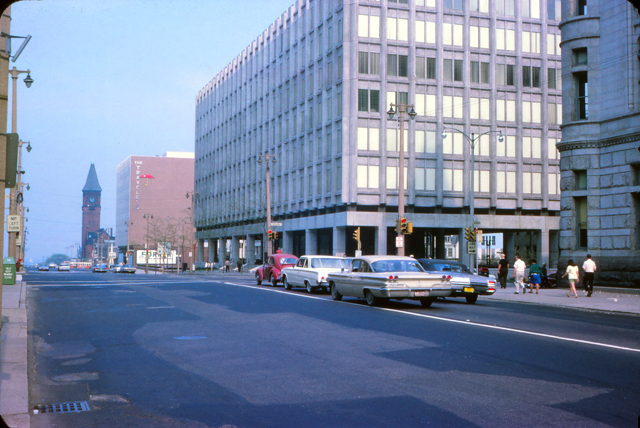 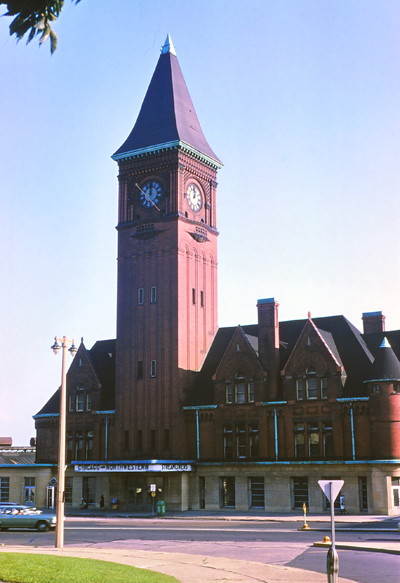 Karl Bandow has a piece of the terra cotta 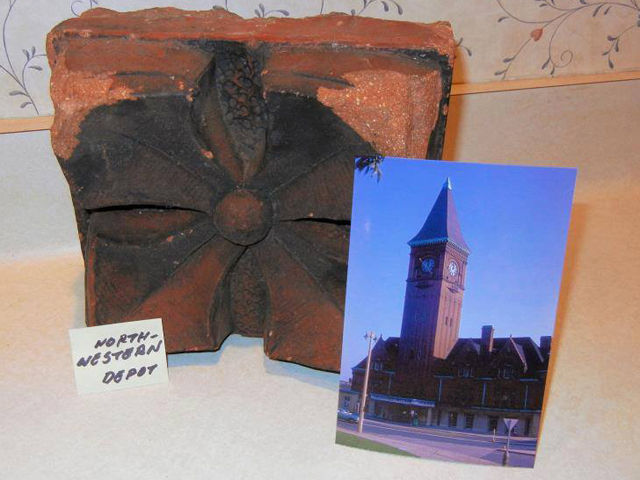 Urban spelunking: What's up with the toilets under Milwaukee boulevard medians