Recently, Coakley Brothers announced a $6 million renovation of its Walker's Point headquarters. We went inside to learn more and show you what it looks like before the work begins.

Call it the price of being a pioneer.

By having the foresight to invest in a trio of vintage, hulking industrial buildings at 5th and Florida in 1995 – two of which it later sold and have since been renovated into successful businesses – Coakley Brothers helped spark a renaissance at that intersection.

But then the moving, storage and office furniture solutions company found its own 175,000-square foot headquarters at 400 S. 5th St. falling behind the times in rapidly rising Walker’s Point. 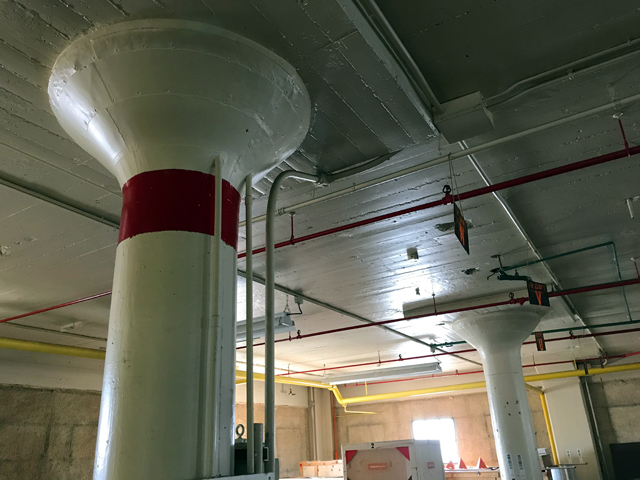 While 500 W. Florida St. was transformed into the thriving Iron Horse Hotel, and The Brix Apartment Lofts occupies wonderfully buffed 408 W. Florida St., Coakley’s huge, interconnected four-building complex – about 120,000 square feet of which is storage – still has its windows covered and its front entrance obscured by a jumble of a parking lot.

Recently, Coakley Brothers announced an impressive $6 million building renovation – designed by Kubala Washatko Architects – that will re-paint the exterior, replace and re-open all the windows and reconfigure space inside to create a new showroom for its Brothers Business Interiors company and a showroom for West Elm Workspace. 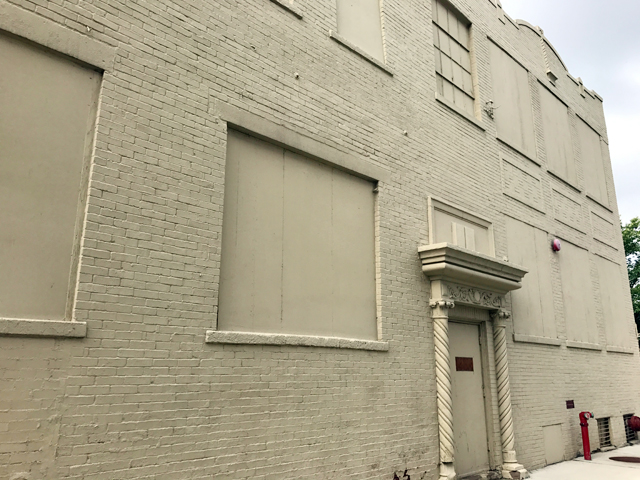 The latter will house the state’s only dealer and showroom for the brand launched by Brooklyn-based West Elm in 2015. The showrooms will be located in the building pictured above.

The company recently released a series of renderings showing how the completed project will look: 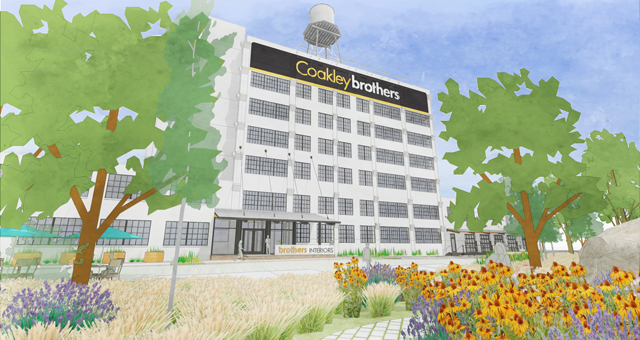 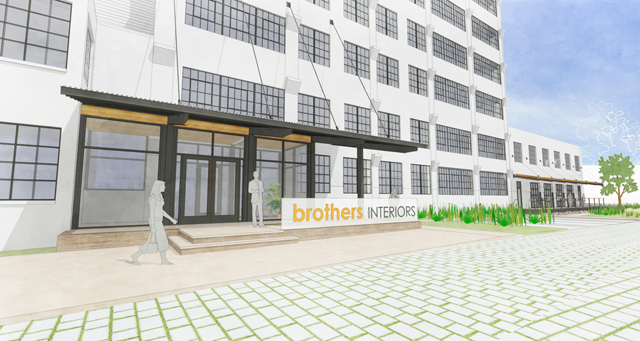 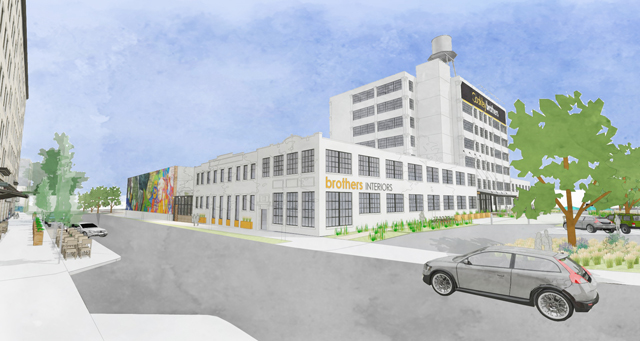 "Being here since 1995, the building itself needed an update," says Benjamin Juech, vice president of Brothers Business Interiors. "You know, deferred maintenance and a general update to the building was certainly due.

"But the biggest driver, certainly, is our expansion of the Brothers Business Interiors brand. We are celebrating our fifth anniversary, so that was a nice connection to what is kind of the next step for us."

The showrooms are clearly business decisions for Coakley, but much of the $6 million investment will fund improvements that will produce results more related to aesthetics and green infrastructure than direct sales.

The replacement and re-opening of all the windows will make the building – which is the tallest in the immediate area – much more attractive and allow it to shine in its surroundings.

The new parking lot will be more aesthetically pleasing for the neighborhood, too, and at the same time more useful for Coakley. It will also include green water features for stormwater management.

A series of public art pieces will be added to the property, too. 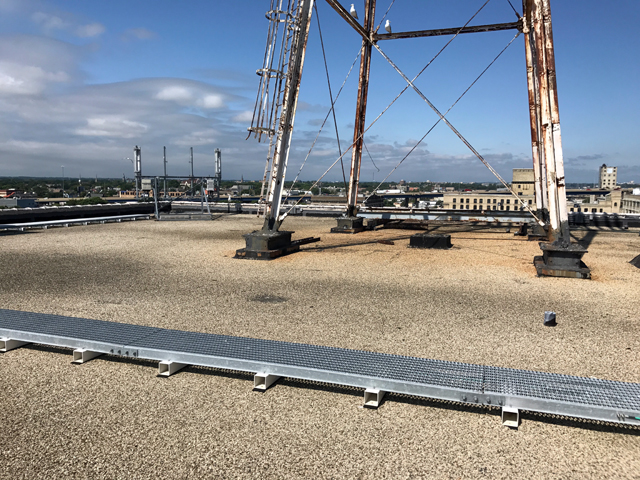 The plan also includes the installation of a "blue roof" on the roof, pictured above, of the seven-story 1911 "tower" section of the complex to store stormwater that can then be released after peak flow in the sewer system has eased. 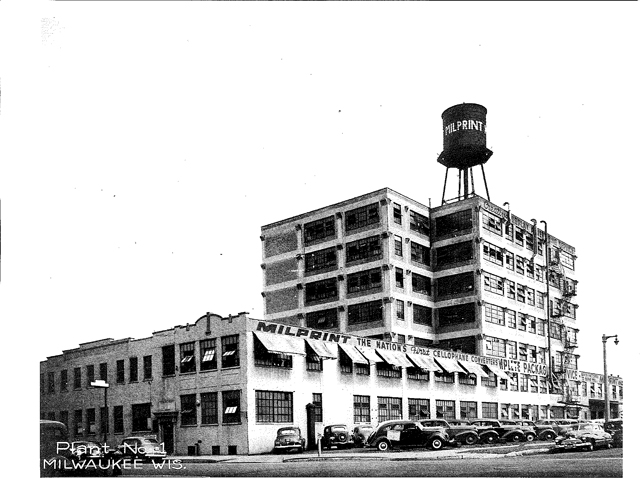 A pair of photos from the Milprint era, courtesy of Coakley Brothers. 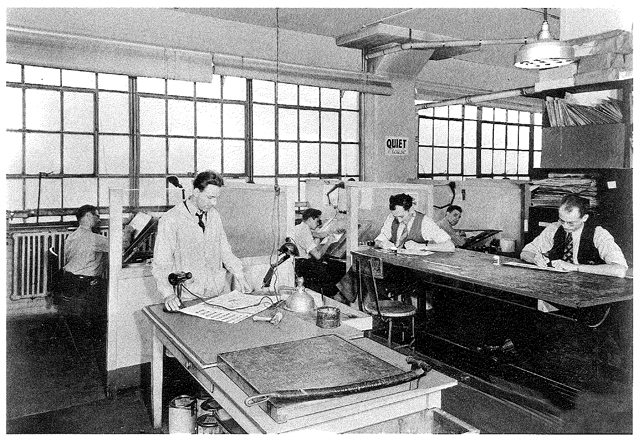 "I think as a company our mantra is to support the environment, support the community – that's something that we are always looking at," says Juech, as we tour the Coakley complex.

"Also, since we've launched Brothers Business Interiors, Walker's Point and the Third Ward have really become, as we're terming it, the design district of Milwaukee. Within a five-minute walk of this building you can hit 14 different architecture and design firms. And that's who we support, that's who we work with.

"So as we were deciding what to do with the building, you have the merchandise mart in Chicago where you go to see furniture manufacturers you want for your projects – we want this to be a Milwaukee mart. We want those A and B firms to come here."

Juech says the plan is to have spaces where Brothers can host events, have a wide variety of samples for customers to see. And, Coakley wants to join in the neighborhood it helped to spark 22 years ago.

"We want to be open to the community and we want to embrace you know the neighborhood that has evolved around us," Juech says. "Nineteen-ninety-five was a much different day for Walker's Point, so now we want to be a part of that thriving street life and thriving kind."

The two new showrooms will be in the oldest building in the complex – which was built for Milwaukee Printing Co. (aka Milprint, now headquartered in Oshkosh) and purchased by Coakley from C&H Distributors – a two-story brick structure that faces Florida Street. 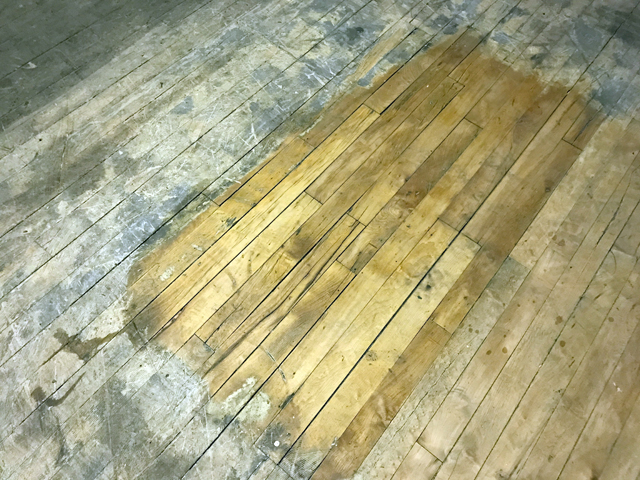 Here, the interior will be gutted and its architectural features will be highlighted. The hardwood floors will be sanded and refinished (a test patch is pictured in the photo above). Drywall will be removed and the brick walls beneath will remain exposed. The wooden supports will be visible for everyone to see, as will the wood ceiling trusses: 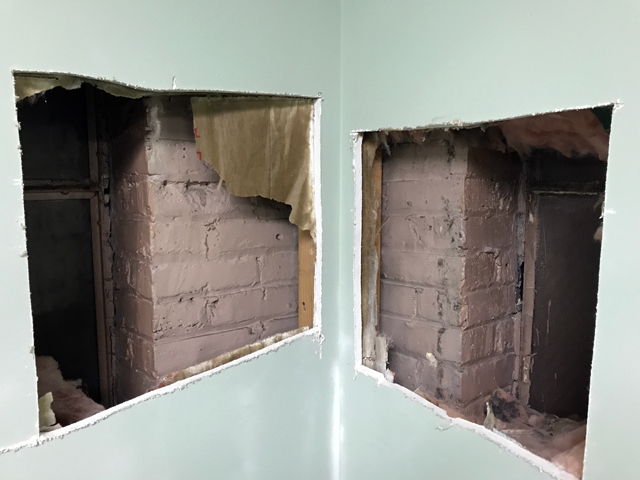 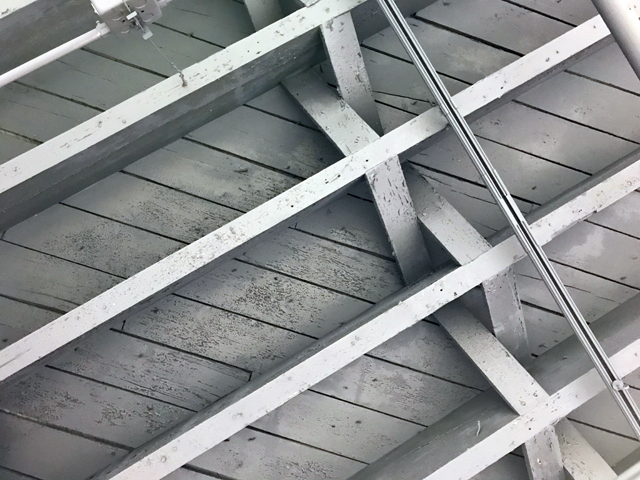 On the ground floor of the tower and a low addition to the south, a former loading area (pictured below) will be transformed into an employee gym. Next to it there will be a training room and, adjacent, facing 5th Street, a new employee lounge. The bricked-up garage door openings here will be re-opened and will access a patio space for employees. 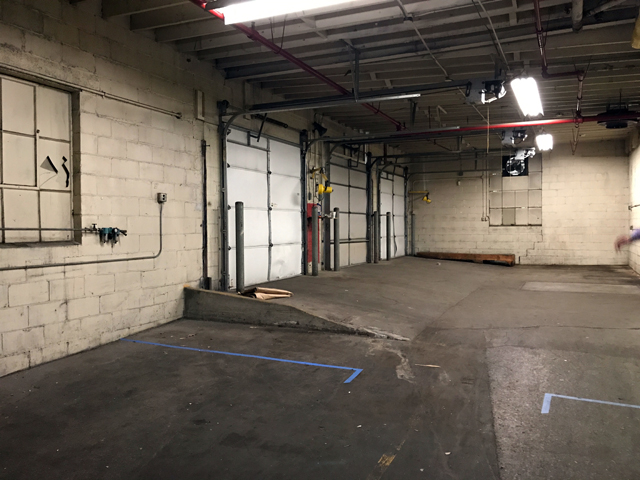 The concrete floors in the tower will also be restored and terrazzo floors are being uncovered and refinished. Here you can see some potential color options: 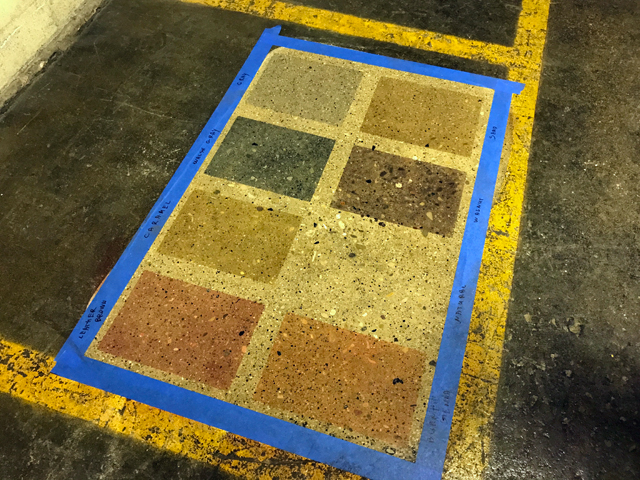 Nearly $1 million of the project budget is slated for window replacement, which will likely be the first phase. Most of the space in the complex is without daylight, so the change inside will be quite drastic. But it will be no less so from the outside.

"It will happen in stages. We’ve got to do the windows before we do the parking lot," says Juech. "So, the windows will be the first big kind of exterior update and we hope that this is end of this year, beginning of next year.

"But you know there's a lot of dominoes that have to fall inside the building, because it's full. When you're replacing windows in a full building you have to do it very methodically. The parking lot will really be the last piece because you know we don't want to redo the parking lot and then have all these trucks and cranes driving on the new lot."

Work on the project is expected to be completed next summer.