The change at 175,000-square foot Coakley Brothers headquarters, 400 S. 5th St. in Walker's Point, after a $6 million renovation, is transformational. Stark, even - in a good way.

The change at 175,000-square foot Coakley Brothers headquarters, 400 S. 5th St. in Walker’s Point, after a $6 million renovation, is transformational. Stark, even – in a good way.

Fourteen months after work began to repaint the exterior, replace more than 200 windows and completely overhaul the first and second floors of the building, Coakley opened to guests during Doors Open Milwaukee last weekend and drew more than 2,000 curious Milwaukeeans, who knew exactly where to go, thanks to the installation a year ago of artist Tom Fruin’s multicolored water tower sculpture on the roof. 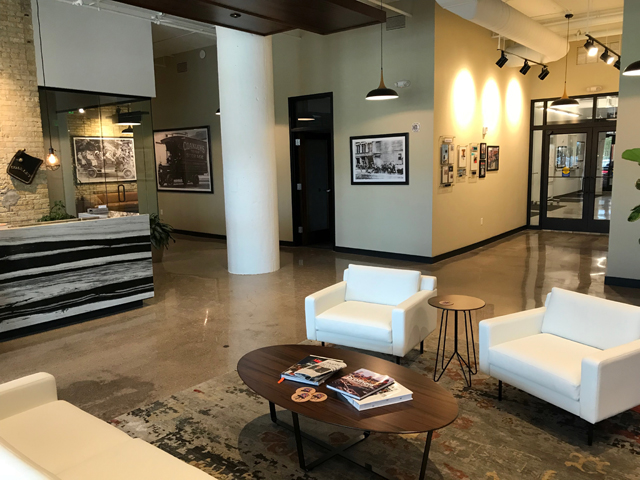 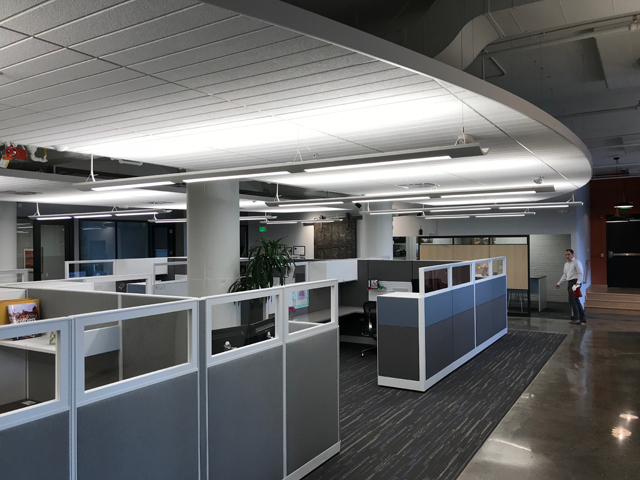 "Transformation isn’t the right word," says Ben Juech, vice president of Brothers Business Interiors, who gave me a tour before the work began and again last week after it was complete. "It’s not strong enough."

Though I don’t usually ask you to do homework, here I’m going to pause and urge to you to click this link, where you can read the history of the Coakley building and more about the renovations and, even more importantly, see images of what the place looked like before work began. 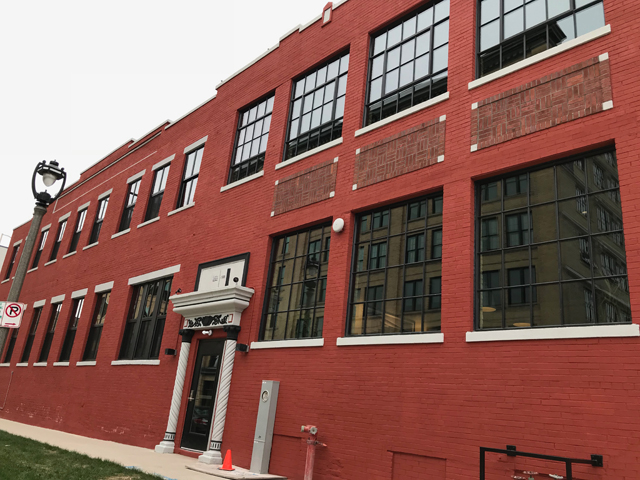 During the ambitious project, the company – which has about 140 employees – also spent about two months furnishing the entire interior of the new Fiserv Forum in a partnership with the Milwaukee Bucks. 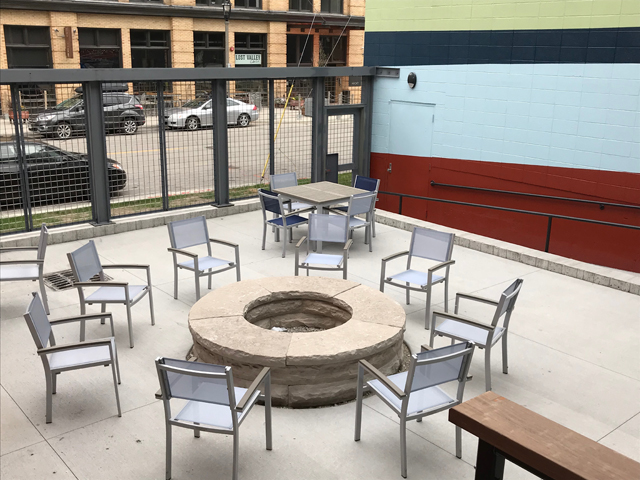 On the north end and on the second floor are Brothers Interiors and West Elm Workspace showrooms. 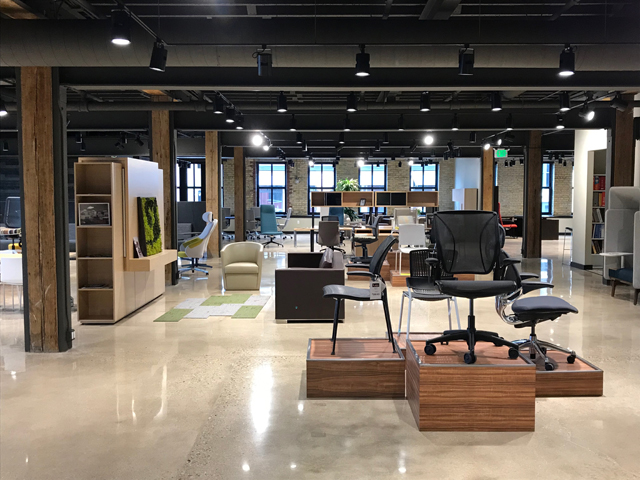 The run-down parking lot out front, which had included remnants of a disused section of 5th Street was torn up and completely remade. Now, it’s attractively landscaped and also includes subterranean tanks and permeable surfaces to help channel and store stormwater during drenching rains. 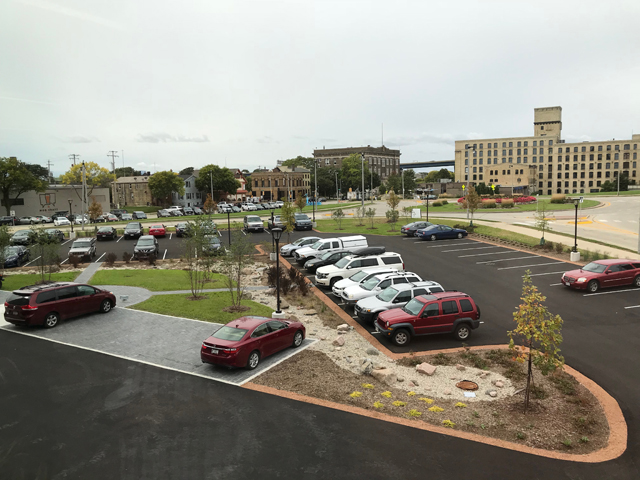 It was hard to even imagine how some of these areas could’ve been the same ones I saw when I visited a little over a year ago.

Here are few before and after images taken in (as close as possible) the same locations: 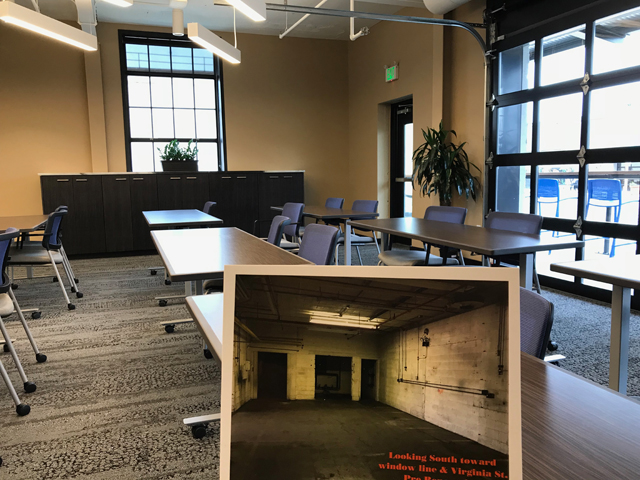 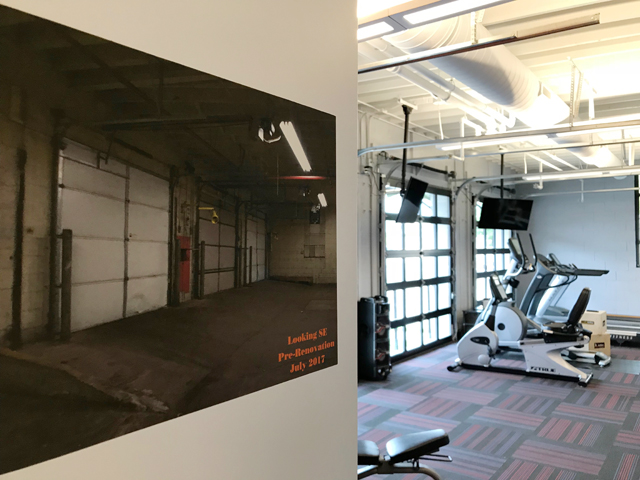 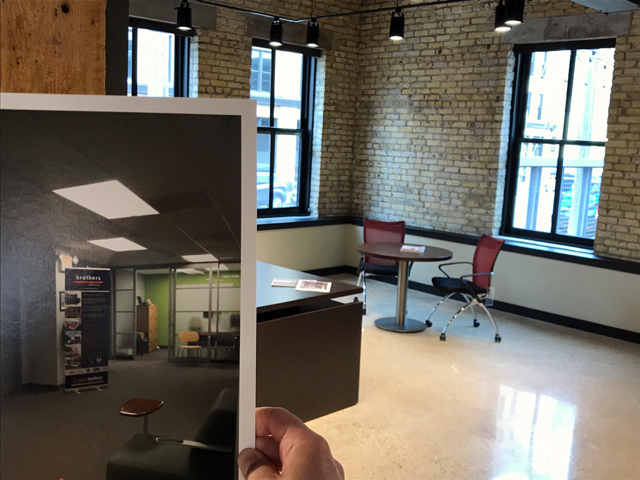 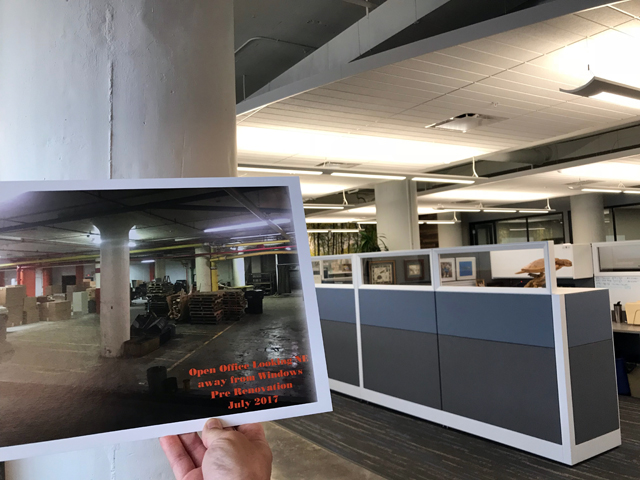 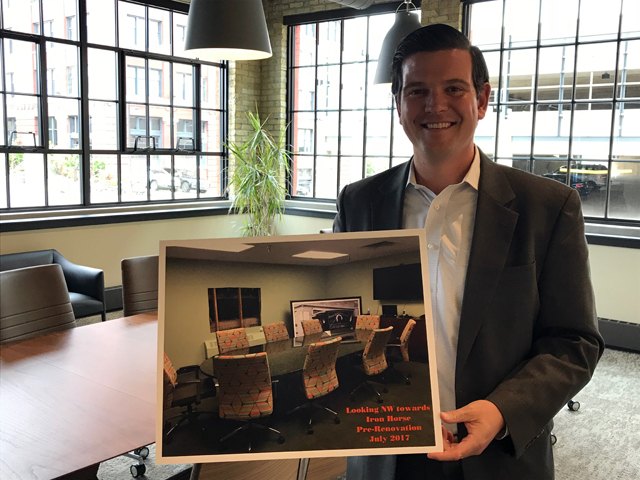