Coast In Bikes parks it on 1st Street

Last week, Coast In Bikes rolled into its third location in four years. The latest space, which will most likely serve as home for a while, is located at 838 S. 1st St. in Walker's Point.

Last week, Coast In Bikes rolled into its third location in four years. The latest space, which will most likely serve as home for a while, is located at 838 S. 1st St.

Owners Carolynn Weber and Tristan Klein owned and operated the bike repair shop that’s also a community-building organization since 2013. It was originally on South 5th Street and then on South 2nd Street before moving to its new spot.

The current space is much larger than the previous one, which means more room for bikes, mechanics and classes. Adam Smith, the creator and manager of Wherehouse, 818 S. Water St., plans to open an adjoining bar and cafe as early as April, according to Weber.

"Basically, we've been expanding what we’ve already been doing," says Weber. "And the bike ramp in front of the building is a great addition – something we lacked in the last space." 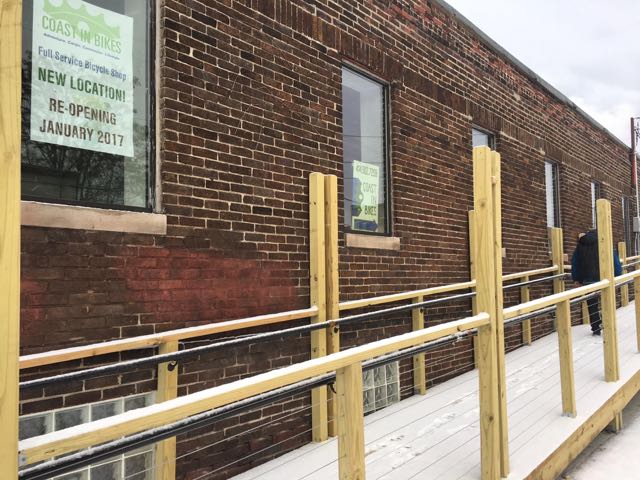