The menu at Cocina 1022 includes a variety of classic Mexican favorites like housemade guacamole and tacos to char-grilled entrees and street food-inspired specialties like pambazo filled with papas con chorizo and a guajillo-sauced bun.

Beginning this week, there’s a new restaurant to try in Walker’s Point.

Cocina 1022 has officially opened its doors in the former Chez Jacques at 1022 S. 1st St. Menu items include a variety of classic Mexican favorites like housemade guacamole and tacos, char-grilled entrees and street food-inspired specialties like pambazo.

The restaurant is owned by Kevin Lopez, an industry veteran who took his first job at the age of 15, busing tables and washing dishes at Jalisco’s in Franklin. From there, he moved on to work in numerous Milwaukee restaurants including Fiesta Garibaldi, Habanero’s and Jose’s Blue Sombrero. More recently, he and his mother Judith Figueroa, took on operations for Jalisco’s on North Avenue, where he says they’ve made improvements to both the service and quality of offerings.

"I’d been looking for a location to start a new concept for some time," notes Lopez. "I love the diversity of the Walker’s Point neighborhood, and our goal is really to provide our guests with a great, friendly atmosphere while introducing them to our take on Mexican cuisine."

Lopez, who signed a lease on the space in November, has spent the last few months refreshing the interior of the restaurant with brightly colored paint, new rustic wood trim and refinished tables. In the kitchen, they installed a charcoal grill, which allows them to serve grilled specialties like Mexican skirt steak and char-grilled shrimp. Significant work was also put into the bar, which now sports a lower profile and rustic tile accents. 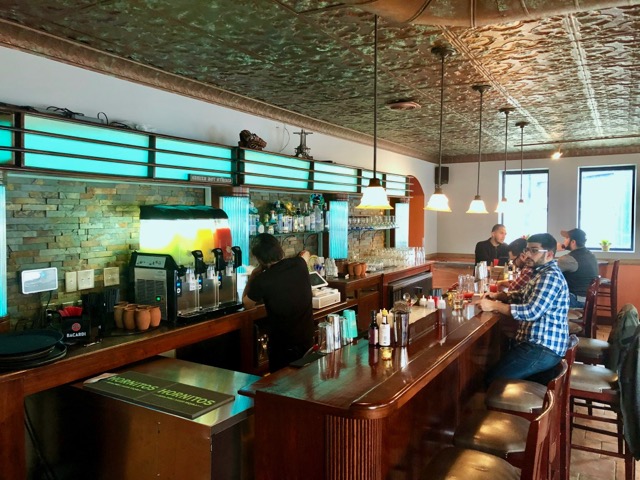 Highlights of the interior include a mural in the back dining area, which was designed by local artist Michael CameOne Cerda. 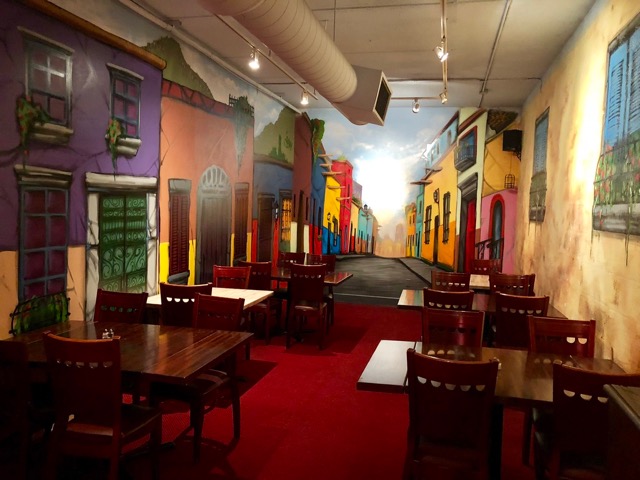 "We really wanted to depict the colorful streets of Mexico," says Lopez. "We gave him a number of photos to work from, and he really brought them to life."

There are also a few pieces of art created by Lopez’s children, including a self-portrait by his daughter Eliyannah and abstract creations by daughter Alexius and four-year-old Kevin Jr.

Lopez’s family came to Milwaukee from the State of Guerrero, Mexico, an area known for dishes like pozole and regional moles.

"Here we wanted to get away from the typical offerings and really introduce people to foods that I grew up eating… pollo en mole, albondigas and guisados."

In keeping with tradition, meals at Cocina begin with a basket of tortilla chips served with salsa; ask for the salsa verde if you’re looking for a fresh option with a bit more heat. 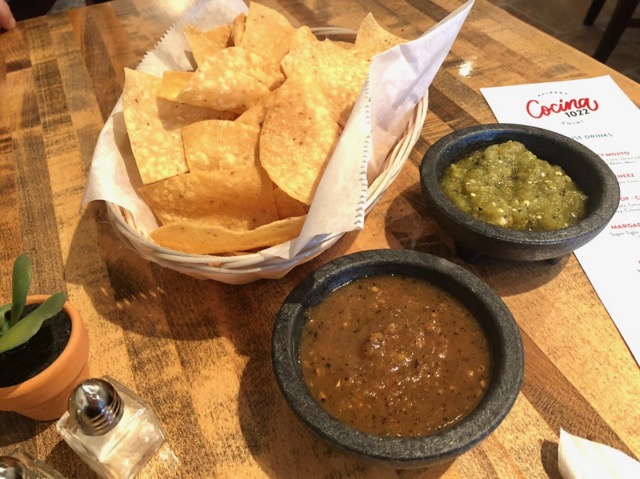 To start your meal, you can choose from a variety of appetizers including picaditas (sopes) featuring nopales (cactus), chicken tinga or char-grilled steak along with black beans, lettuce, tomato, crema and queso ($7/$8/$9). 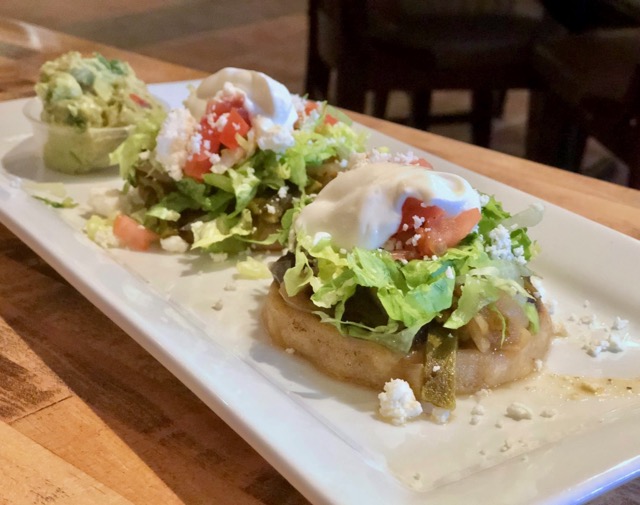 There is also Coctel de Camaron featuring shrimp served with a Mexican style cocktail sauce ($12), ceviche ($13) and three varieties of chicken wings ($9). Judy’s wings (pictured) feature a sweet and slightly spicy glaze; the Valiente wings are tossed with a thicker tomatillo and chili based sauce; and the Simplus are simply rubbed with a house spice blend. 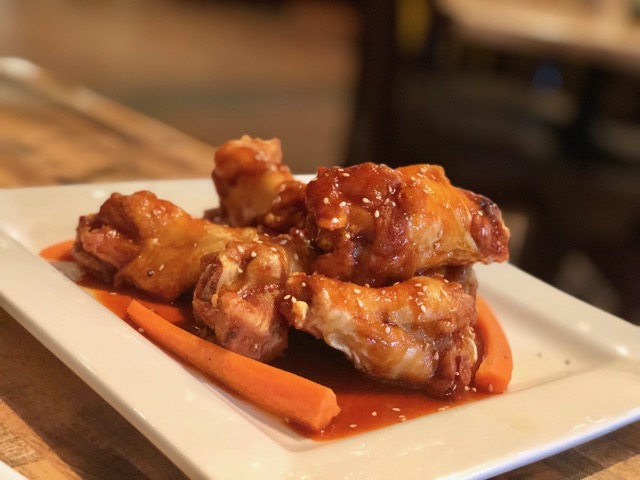 Tacos can be ordered a la cart with options like steak, al pastor, chorizo, lengua, calabaza, chicken tinga, shredded beef and cempechano featuring steak and chorizo with onions, bell peppers, cilantro and chipotle sauce (priced $2.50 - $3 each; an order of three includes one side). Taco plates are also available in options like chipotle shrimp ($12) and vegetable ($10), each of which includes a choice of sides.

Additional entrees, each served with a choice of sides, include El Molcajete, seasoned meats served traditionally on a hot stone bowl. Choices include steak ($18), chicken ($16), shrimp ($18), vegetables ($15) or mixto (all three meats) for $27. 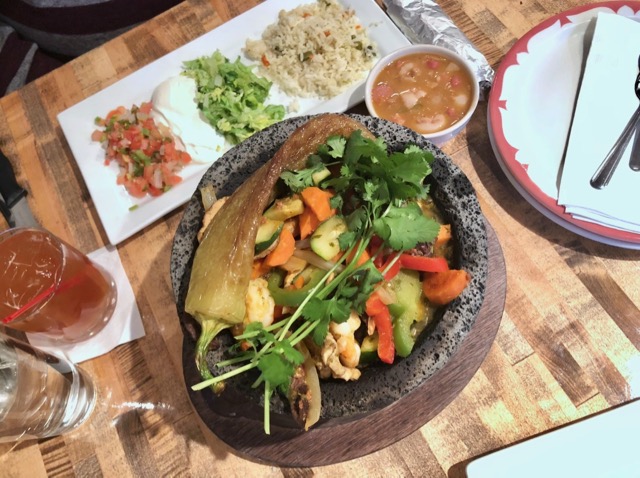 Other dishes include pambazo, a traditional street food style sandwich featuring chorizo and potatoes in a bun basted in guajillo sauce and grilled ($11). 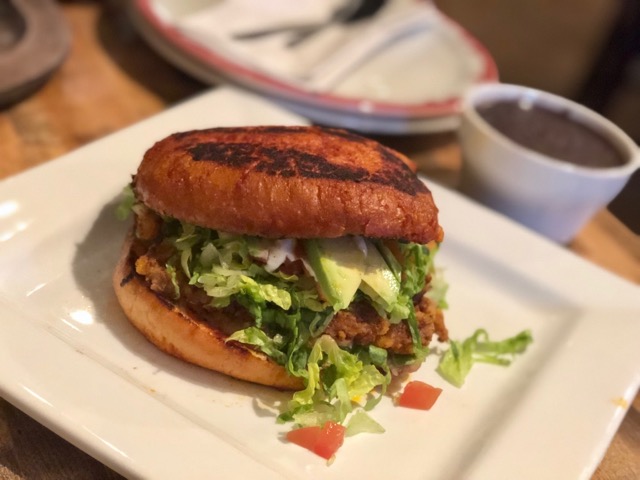 There are also tamales (pork, chicken or rajas con queso, priced $10-12), Torre Suiza (layered enchiladas made with creamy tomatillo sauce, $13) and quesadillas made with steak, chicken tinga or al pastor ($11/$10/$10).

The cocktail menu was designed with the help of local bartender Adam Sarkis, who Lopez says assisted them in creating a number of unique offerings including the Drop Top - Clay Pot featuring Jarritos Tamarind with tequila, lime, honey and cinnamon and served uniquely in a clay pot and the Cocina’s Firing Squad, a mezcal cocktail with grenadine, lime, selzer and bitters. 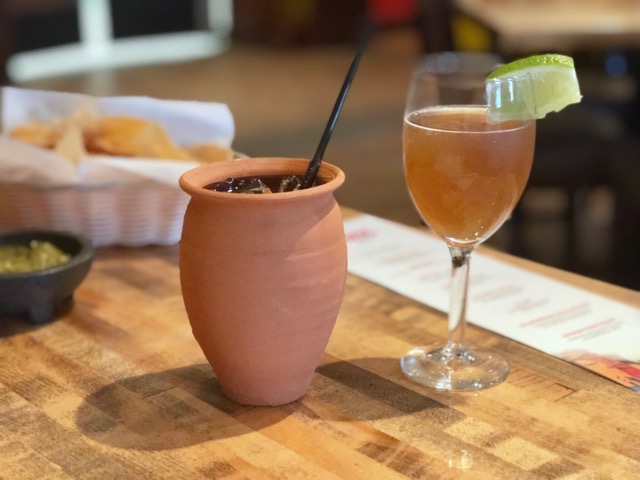 Guests will also find classic drinks like a signature margarita; a mojito made with Jamaica agua fresca; a vodka fizz with lime, ginger and rose water; and a unique riff on the old fashioned featuring rum, allspice and chocolate bitters (thanks to its complementary combination of flavors, the cocktail makes a suitably good match for various items on the Cocina menu). Signature cocktails are priced in the $7-$10 range.

Meanwhile, house blended margaritas are available in lime, strawberry or mango for $8 each or by the pitcher for $22. Premium margaritas are served on the rocks for $10 with guest’s choice of Patron, Don Julio, Cazadores, Herradura or Tres Generaciones tequila.

On the nonalcoholic side there are options including seasonal agua frescas (currently cantaloupe), Mexican Coke and housemade horchata and lemonade (priced $2-$3).

In addition to adding a lunch buffet later this spring, Lopez says he’s also working to make improvements to the patio behind the restaurant, which he hopes will be ready for the summer months. Also beginning this summer, the restaurant will launch a special late night menu which will be served from 11 p.m. to 4 a.m. on Friday and Saturday evenings.

Cocina 1022 is open Monday through Saturday 11 a.m. to 11 p.m. Follow the restaurant on Facebook for additional updates.