Chicago rapper Common came to Summerfest's Miller Lite Oasis stage on Friday night with a purpose: to deliver righteous flows filled with meaningful messages. And that's exactly what he did, delivering a gem of a show.

The Miller Lite Oasis stage at Summerfest was touched with a rare gem on Friday night. Hip-hop lyricist and legend Common, formerly known as Common Sense, took the crowd on a journey of truth, showcasing his innate ability to bring social issues to the forefront. The Chicago rapper has brought forward ideas of love, Afrocentrism, social injustice, equality and unity since day one of his career, and last night was no different.

Common opened the show with his 2007 hit "The People," from his "Finding Forever" album. It was only right to start the show off with a song to showcase the very reason why he’s hustled for over 20 years: to uplift the people, no matter their state of mind or being. This performance was followed with an important message to all; he urged us all to raise our fists in solidarity for freedom, love and justice. 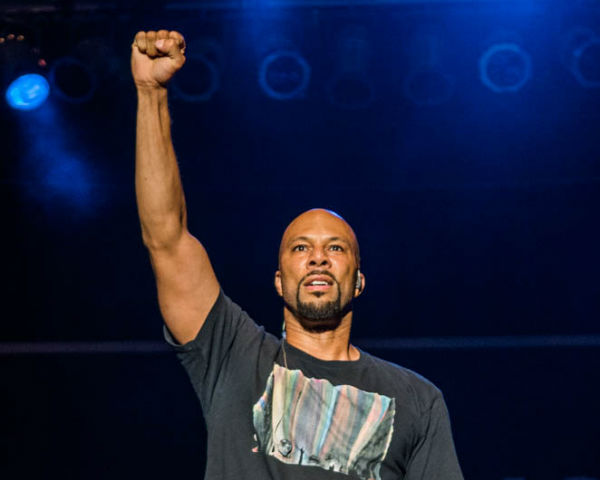 The show wasn’t all serious, though, for Common knows how to serenade the ladies as well. A lucky lady named Brenda was brought on stage as Common freestyled sweet words to her. His voice smooth like butter, Brenda, as well as most of the women at Miller Lite Oasis, ultimately melted. Seriously, how does one keep her composure when Common is so close? The man even asked her to wipe the sweat off his glistening head — talk about falling in love.

He returned to a more serious vibe at one point, delivering a beautiful poem speaking to the struggles of little black boys and girls. This was followed by a track called "Black America Again" from his upcoming new album, "A Bigger Picture Called Free." His new album will focus on the new revolution of Black people fighting for their rights and freedom once more. It’s comforting to know that in a time of such racial strife, there are people out there who are willing to speak their truth and fight against injustices.

Common also brought out some of his classics for the Summerfest crowd, including songs like "The Light," "Come Close" and "I Used to Love H.E.R." He reminded the audience of the dedication and hustle that he’s struggled for over the last 10 albums. The man is a living legend, showcasing what hip-hop is supposed to be. It shouldn’t glorify life’s ills, but simply inform others about it. Struggling while Black in America isn’t an ideal position to be in; nevertheless, Common never lets us forget what that struggle is like and how the oppressed can uplift themselves to become more than their hardships.

Common’s performance took me to a place of empowerment and positivity, making it one of the most memorable experiences to date. Maybe I’m biased because of our Chicago connection, but his performance got a 10/10 from me. He showed Milwaukee love, as well as other cities. He reiterated the importance of unity with his recognition of the cities of this country, filled with poverty and crime. No matter what, he exuded a sense of hope that surely resonated with everyone there.

Common isn’t for the faint of heart nor the disbelievers. The revolution will not be televised; it will be recognized through action. So, thank you Lonnie Rashid Lynn, Jr., for letting your greatness shine through for the betterment of all of us. 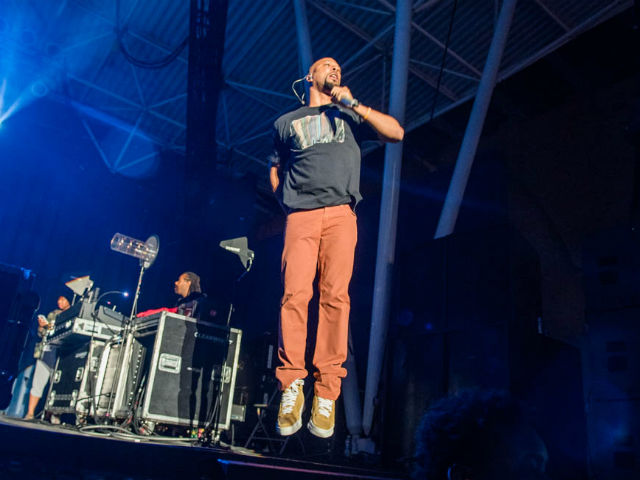