Milwaukee's RoseMary Oliveira is determined to take gluten-free baked goods to the next level. "I'm not a lady baking cupcakes in her kitchen. I'm serious about going national."

RoseMary Oliveira has been an accomplished baker for years, but unlike other culinary masters, her back story doesn't include growing up in a kitchen and learning the tricks of the trade from her family members.

"Actually my mom and grandma were terrible bakers," says Oliveira. "They were good cooks, but they had zero baking skills."

But Oliveira somehow got the baked-goods gene and in 2018 launched a line of gluten-free cake and cookie mixes under the name Community Bakers.

Seven years ago, Oliveira was diagnosed with Celiac disease and sampled a slew of unsatisfactory gluten-free mixes and baked goods.

"When I was diagnosed with Celiac I thought it would be easy to switch to gluten-free baked goods, but every time I tried something I thought ‘oh no, there has to be something better,’" she says.

Oliveira was also set back by the high prices of most gluten-free mixes and so she went on a mission to create an affordable, gluten-free mix of her own.

"People with an allergy forget what a really good cookie or slice of carrot cake tastes like and so my goal is to remind them," she says. 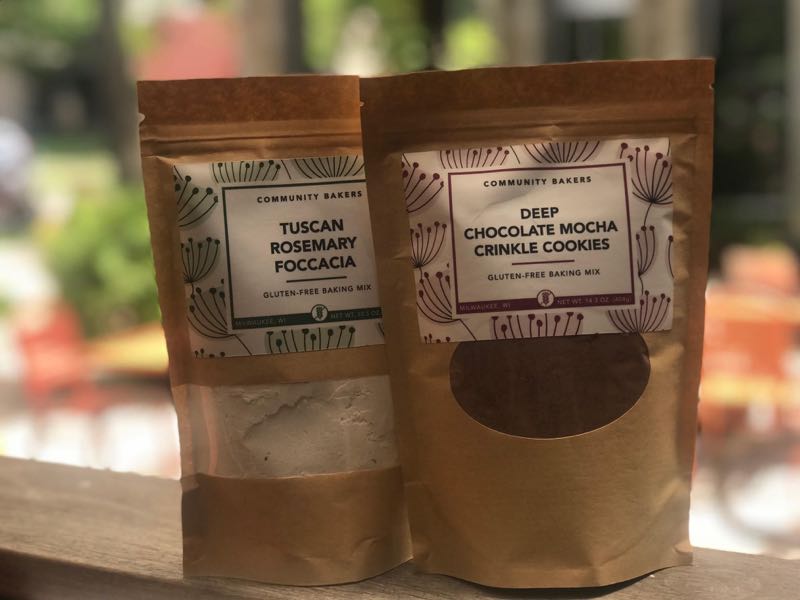 All of her prepping is done at MKE Localicious and currently she sells her mixes via her website, at The Outdoor Public Market on Saturday from 10 a.m. to 3 p.m. and at the Westown Farmers Market in Zeidler Union Square every Wednesday from 10 a.m. to 2 p.m. 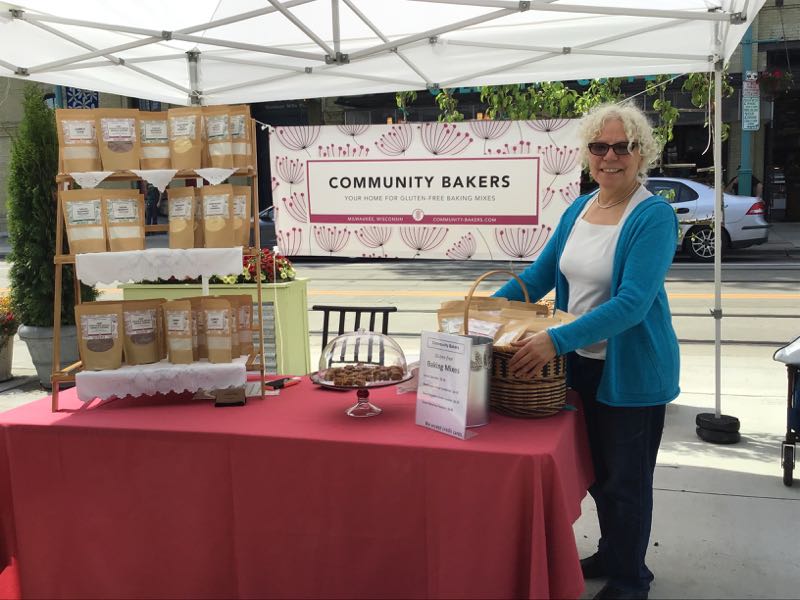 "I’m not a lady making cupcakes in her kitchen," says Oliveira. "I’m serious about going national."

During our interview, I sampled her carrot cake and it was (warning: despised word ahead) moist, flavorful and spongy-yet-dense.

Oliveira, who holds a degree in business and worked in finance for much of her adult life, has owned a home in Riverwest for 32 years. She deeply values and appreciates her community – thus the name "Community Bakers." She recognizes through her Riverwest community the desire for quality food items at an affordable price which she refers to as "people’s prices."

"My community is a huge part of this project. I make the mix in my neighborhood and friends in my community help craft the flavor with feedback on everything I make. Not surprisingly, there’s no shortage of ‘tasters,’" says Oliveira.

Cybros at the helm of sprouted grain trend