Community Corner: Behind the magic of Sunset Playhouse's "Mary Poppins"

Ever since the east wind first brought the "practically perfect" nanny to Cherry Tree Lane over 80 years ago, Mary Poppins has captured the fascination of children and adults alike. And now Sunset Playhouse is presenting its own enchanting version.

Community theater is a place of new discoveries and life-long learning. It can introduce you to a new hobby, a new relationship or even a new life path. It contributes to the arts in a community and teaches many important skills such as teamwork, problem solving and confidence. This is Community Corner, a new OnMilwaukee series that focuses on the outstanding work being done in the greater Milwaukee area’s many community theaters.

When life gets a little complicated, don’t you wish that someone could just appear out of the sky and fix everything for you? Or when your house gets a little too messy, wouldn’t it be nice if a simple snap of the fingers would put everything back in its proper place? OK, what I’m really getting at here is: Have you ever thought how nice it would be if Mary Poppins were a real person?

Ever since the east wind first brought the "practically perfect" nanny to Cherry Tree Lane over 80 years ago, Mary Poppins has captured the fascination of children and adults alike. The ideal companion for any jolly holiday, the magical and spirited caretaker has appeared just about everywhere since she was first created by P.L. Travers in 1934. So it’s only natural that she should also find a home on the stage.

Sunset Playhouse, a non-profit community theater located in the heart of Elm Grove, is presenting its own enchanting version of "Mary Poppins"  now through Nov. 4. The musical, first appearing on Broadway in 2006 and largely based on the cherished Walt Disney film, will take plenty of work for this prestigious theater group. But, of course, as Mary herself famously says, for every job that must be done, there is an element of fun – and Sunset’s interpretation promises plenty of fun for the whole family. 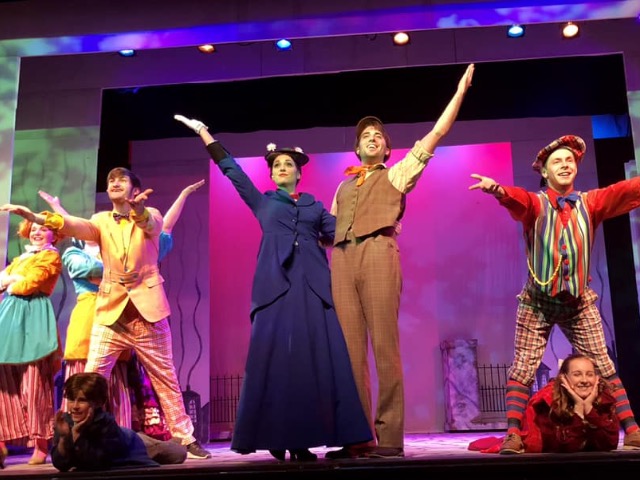 I had the opportunity to chat with Nate Adams, the director who will bring this beloved story to life later this month at Sunset Playhouse. Here's a glimpse of our supercalifragilisticexpialidocious conversation.

OnMilwaukee: How would you describe Sunset Playhouse to those in the Milwaukee area who have never seen a show there?

Nate Adams: Sunset Playhouse is a community theater in Elm Grove with a rich history of high-quality productions. They have two different performances spaces: the Furlan Auditorium, which seats approximately 300 people, and the smaller, more intimate Studio Theater.

Sunset Playhouse has four programming streams: Furlan Productions, After Sunset, Musical MainStage and SideNotes Cabaret Series, plus Bug In a Rug Children’s Theatre, which is targeted to children ages 3-8.

What is your background in the Milwaukee theater scene?

It’s an interesting path. I started as an actor and went to college in Chicago (Chicago College of Performing Arts). I worked in Chicago for a couple of years and eventually moved back to Milwaukee to work in development at The Rep.

When I moved back, I started directing musicals by accident. I was cast in a production of "The 25th Annual Putnam County Spelling Bee" at Lake Country Playhouse in Hartland, and the director had to miss the first rehearsal. She asked me to stage the opening number and that turned into the whole show.

Since "Spelling Bee," it’s been "Legally Blonde," "Bonnie & Clyde,"  "Shrek" and "Little Women" at Lake Country Playhouse, and recently "Into The Woods" at Sunset. Currently I work in development at the MSO.

What attracted you to directing "Mary Poppins" at Sunset Playhouse?

I love Disney. I grew up watching all the classics, so when Sunset approached me about directing "Mary Poppins," it was a no-brainer.

First, it’s a huge challenge. It’s the largest musical I’ve directed to date. There are massive production numbers, elaborate sets and technical feats that were foreign to me, so the chance to grow as an artist was a lure. Secondly, working at Sunset is a dream. They have the best support staff a director could ask for. Finally, I love the message Mary and Bert teach the Banks children: to believe in wonder and to truly understand the importance of family.

Are there any challenges or limitations to doing a show like this within a community theater setting?

Yes: size. "Mary Poppins" is a huge musical, and I haven’t found a community theater yet with a Broadway-sized stage. That said, it’s also been incredibly rewarding to put the puzzle together, to make "Mary" fit on the Sunset stage. 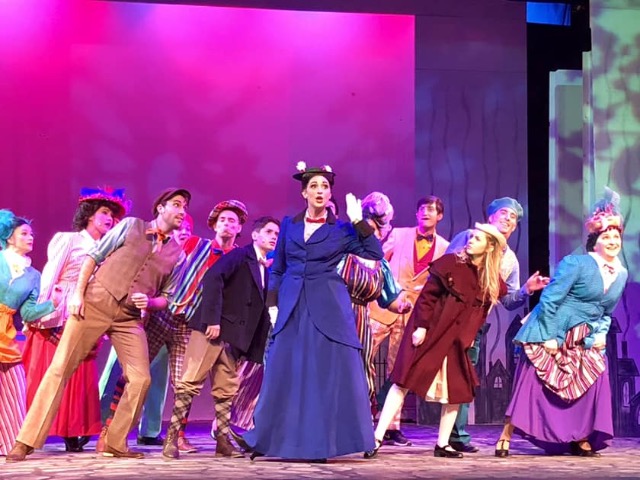 Without giving too much away, how does this production pull off the challenging special effects?

It’s honestly magic. I have a full team of magicians helping to make it happen. Jana Rinelli is my fearless props designer who has taken on the challenge recreating many movie magic moments on stage. Also, my scenic designer Matt Carr and lightening designer James Sevens have really pulled out all the stops to create the wonderful world of Mary.

We were also fortunate to work with Flying By Foy, the company who flew Mary on Broadway. Dustin Donohoe is a Longfellow Middle School and Tosa East alum and now a flight director at Flying By Foy.

Is there a special effect sequence or secret within the show that you are particularly proud of?

There are two. One thing people may not know is that an artist named Mary Shepherd illustrated the original books by P.L. Travers. My brilliant scenic artist Andrea Klohn has taken huge inspiration from Mary’s work, and our scenic pieces are painted to appear as if they’ve popped out of the books and onto the stage.

And second, we had our first flight rehearsal last night, and I think it’s going to blow audiences away.

What additional creative minds are needed to pull of some of the stunts and magic required to make this show magical?

An army. I could not do this without my entire creative team. Choreographer Ashley Patin has created beautiful moments through dance which serves as a replacement for the animation in the original film.

Partner all this with Heather Pulkowski’s sound design, Mark Mrozek’s gorgeous orchestrations that make a six-piece band sound like a full orchestra, and keep it under the watchful eye of my stage manager Brenda Nemec, and it gives you a recipe for success.

It takes a village to make Mary come to life on stage.

What has the cast especially enjoyed during the rehearsal process of "Mary Poppins"? Have any scenes or sequences been especially rewarding or difficult?

I think they’ve really loved working with Ashley on the dance numbers. She’s created such unique worlds; "Jolly Holiday" is different from "Step In Time," which is different from "Supercalifragilisticexpialidocious." Seeing her visions come to fruition and watching the cast bring her choreography alive has been a joy.