A sneak peek at (yum) Company Brewing in Riverwest

Company Brewing opens this weekend. And there are so many reasons you want to go.

For a city of its size, with a brewing heritage as rich as Milwaukee’s, we actually have a relative shortage of brewpubs. And only a few of those we have really push the envelope with regard to great food.

A sneak peek (and taste) confirmed my suspicions that the Company Brewing concept is precisely the sort of spot that Riverwest (and Milwaukee) needs -- with a solid beer list, great cocktails and a menu that pushes boundaries in all the right directions.

I sampled three of the four beers on tap (priced at $3 for half-pours and $5-6 for pints) – First a solid red ale aged in oak, which was a nice strong brew, then the signature grapefruit IPA, which was nice and hoppy. and finally a dry-hopped Belgian-style wheat beer that lived up to every expectation of the genre.  Guest taps also looked good, with options from Karben 4, Central Waters, Colectivo Keg Co. and Door County Brewing (among others). 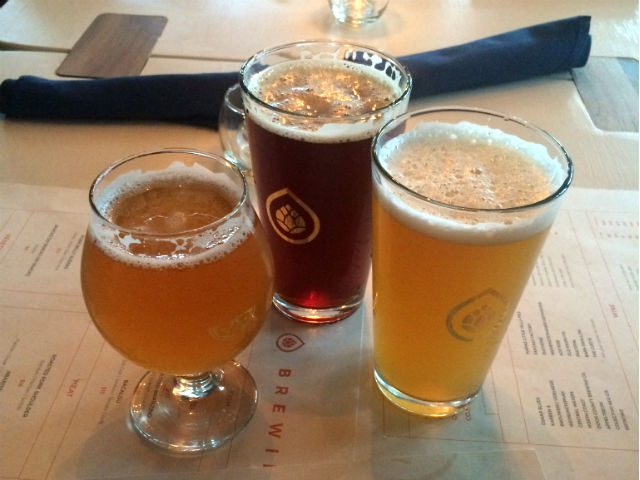 And, wow, the tap cocktails were good too (and priced right at $7-10). There’s always a little bit of magic when the folks from Bittercube get involved in a cocktail program, and Company Brewing’s selections made with Bittercube "On the Fly" elixers, were no exception. If you like dill, try the Cucumber Collins (my favorite of the night).

We started with ultra-flavorful grilled octopus ($12) as an appetizer. The tender sea creature was cooked with chorizo and topped with feta and mint, presenting a flavor combination that rivals most preparations of octopus I’ve sampled here in the city. 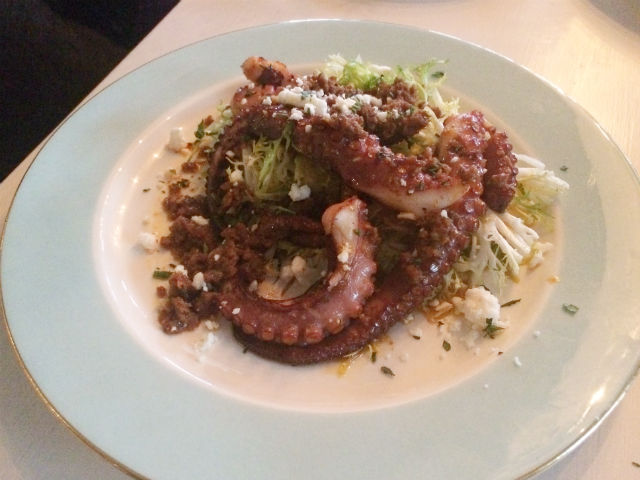 Tostones ($6) were crisp, though slightly under-seasoned. I would have liked to see a side of garlic-vinegar-cilantro sauce to augment the drizzle that came with them. 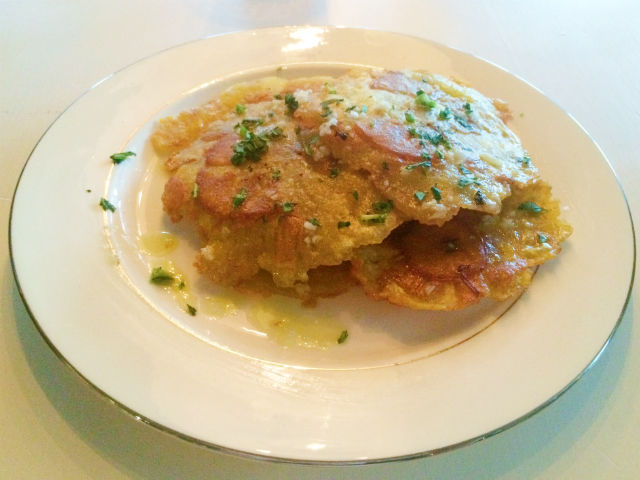 Everyone at the table loved the crispy fried pig ears (honestly a must-try with a pig-forward flavor and a satisfying crunch). At $9 for a pretty good pile, they’d make an amazing late night snack alongside one of Bregar’s beers. 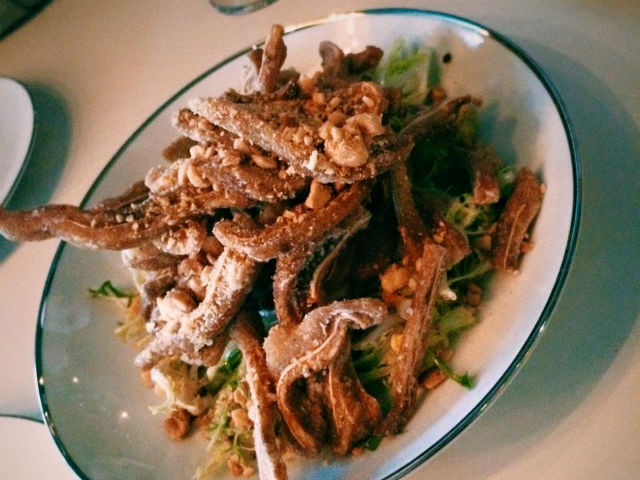 As we moved into main courses, we sampled three options – a meat, a vegetable and a fish selection.

The "farro fried rice" ($14) was a new take on the Asian favorite, featuring whole grain farro and topped with a sunny side up egg that added an awesome richness when stirred throughout the dish. Spring peas were sweet and made a nice foil for the umami-rich shiitake mushrooms, which appeared in generous supply. Kimchi brought just the right about of zing to the dish. 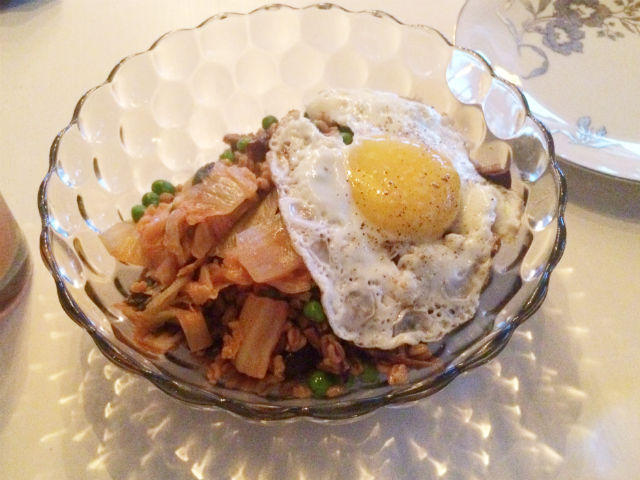 The Bavette steak ($19) came out well prepared (perfect medium rare); it was also flavorful thanks to bright fresh chimichurri. When you get it, be sure to smear the tarragon-forward bearnaise over the roasted potatoes. 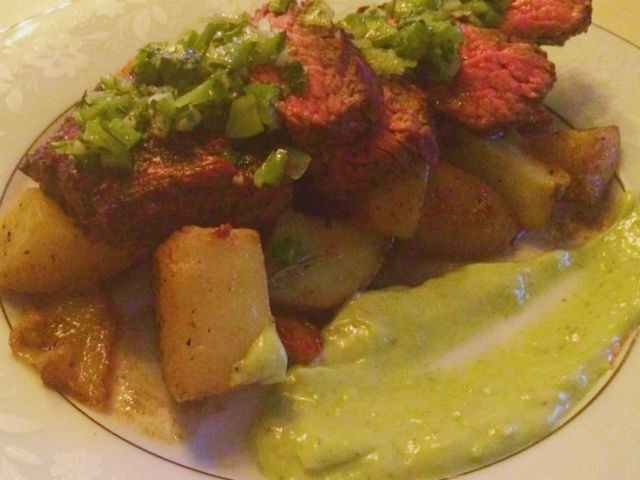 As fish dishes go, the roasted branzino ($21) was a highlight. We simply don't see enough whole-fish dishes in this town. Rich caramelized fennel and Spanish olives made a delicious pairing for the well-seasoned, lemony fish which was chock-full of fragrant stalks of fresh rosemary and thyme. Adventurous eaters should be sure to dig out the deliciously tender fish cheeks and sample the crispy tail. 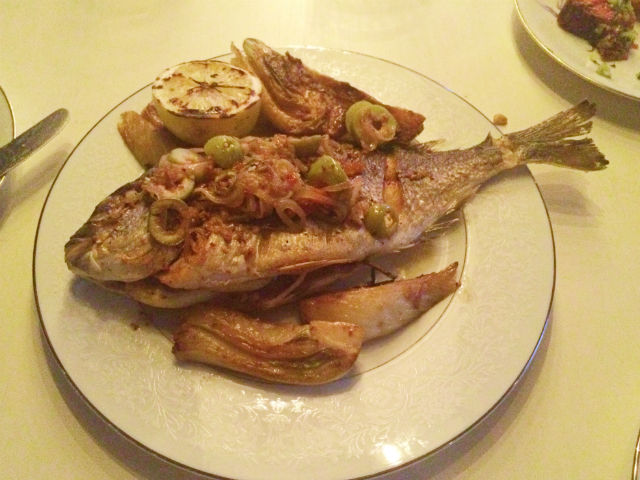 Dessert options were delicious. A burnt caramel and chocolate bread pudding with hints of orange was no chore to consume. And the ingenious "cereal milk" panna cotta featuring Cinnamon Toast Crunch milk and housemade "crunch berries" was as fun as it was delicious. 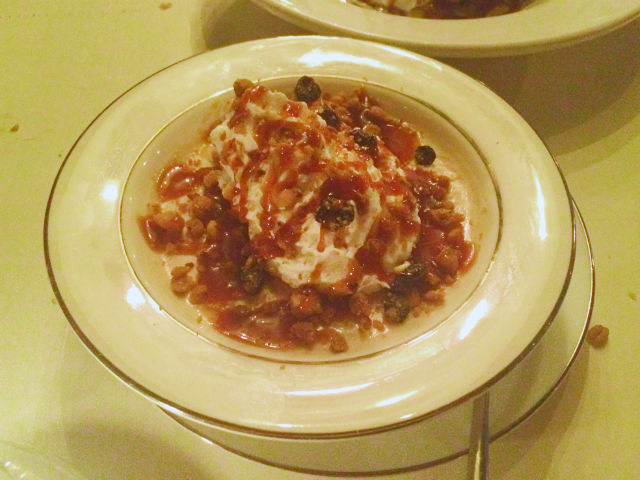 So, what I’m trying to say is -- go there. And then let me know what you think. I’m already planning a return trip so that I can try the skin-on pork shoulder ($16) or the Company Burger ($12), along with a few of their tap wines ($6-12 per glass and $20-44 per carafe). AND… If they get their adjacent courtyard patio space up and running, they might just be one of my favorite spots to hang out at this summer.

Company Brewing will be open from 4 p.m. to midnight Tuesday through Thursday and Sunday; and until bar time Friday and Saturday. The kitchen will close at 10 p.m. Want more? Follow them on Facebook.