This morning the folks in the facilities department of the West Allis-West Milwaukee School District were kind enough to give me a tour of a closed school building. As an added bonus, my tour guide offered to show me an interesting school nearby, too. The contrast was striking.

This morning the folks in the facilities department of the West Allis-West Milwaukee School District were kind enough to give me a tour of a closed school building – which I feature in a longer piece.

As an added bonus, my tour guide offered to show me an interesting school nearby, too. That one – a merger of two formerly separate school programs and their physical plants – is still open.

Some quick background. Roosevelt, 932 S. 60th St., was built in 1921 and closed in 1996. The district is currently in the process of selling it (more on that next week). It's a modest, but lovely old building that sits idle, with barely an echo of the children that once brought it to life.

About a mile away is Horace Mann Elementary, 6213 W. Lapham St., a K-5 school with an enrollment around 600. The school occupies two school buildings that were once separate but have since been joined.

Washington (below) was built as an elementary school in 1925, as an addition to the original Washington School, which was erected in 1902 (scroll to the bottom for an image). 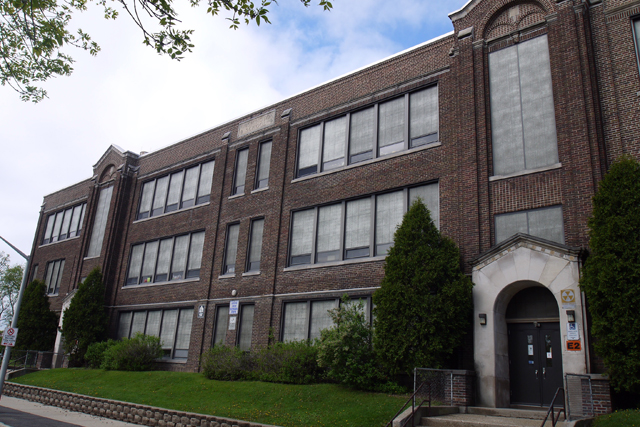 Mann (below) was constructed as a junior high school in 1930 on the site of the 1902 Washington building, just to the west of the current Washington. 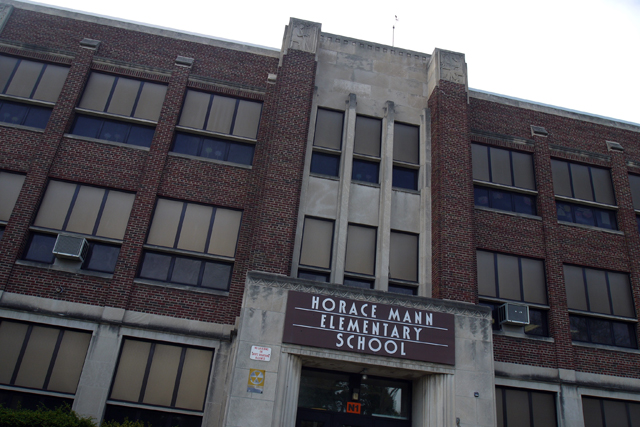 In 1997, the schools merged. These formerly separate buildings are joined by that section with the windows in the middle of the photo below. 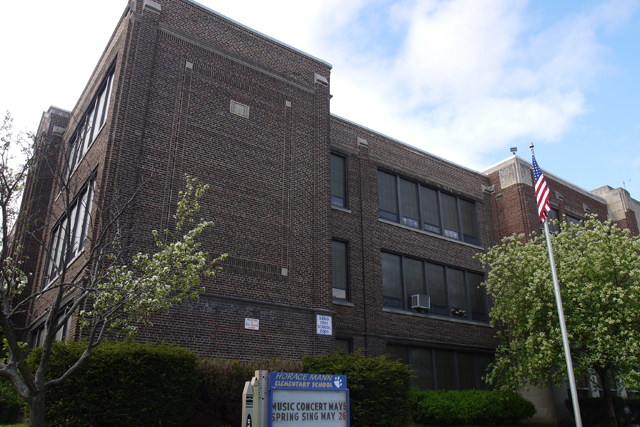 After having wandered the stark, dim, quiet halls and classrooms at Roosevelt, seeing Horace Mann alive with activity, the chatter of young voices and the colorful artwork lining the corridors was striking. 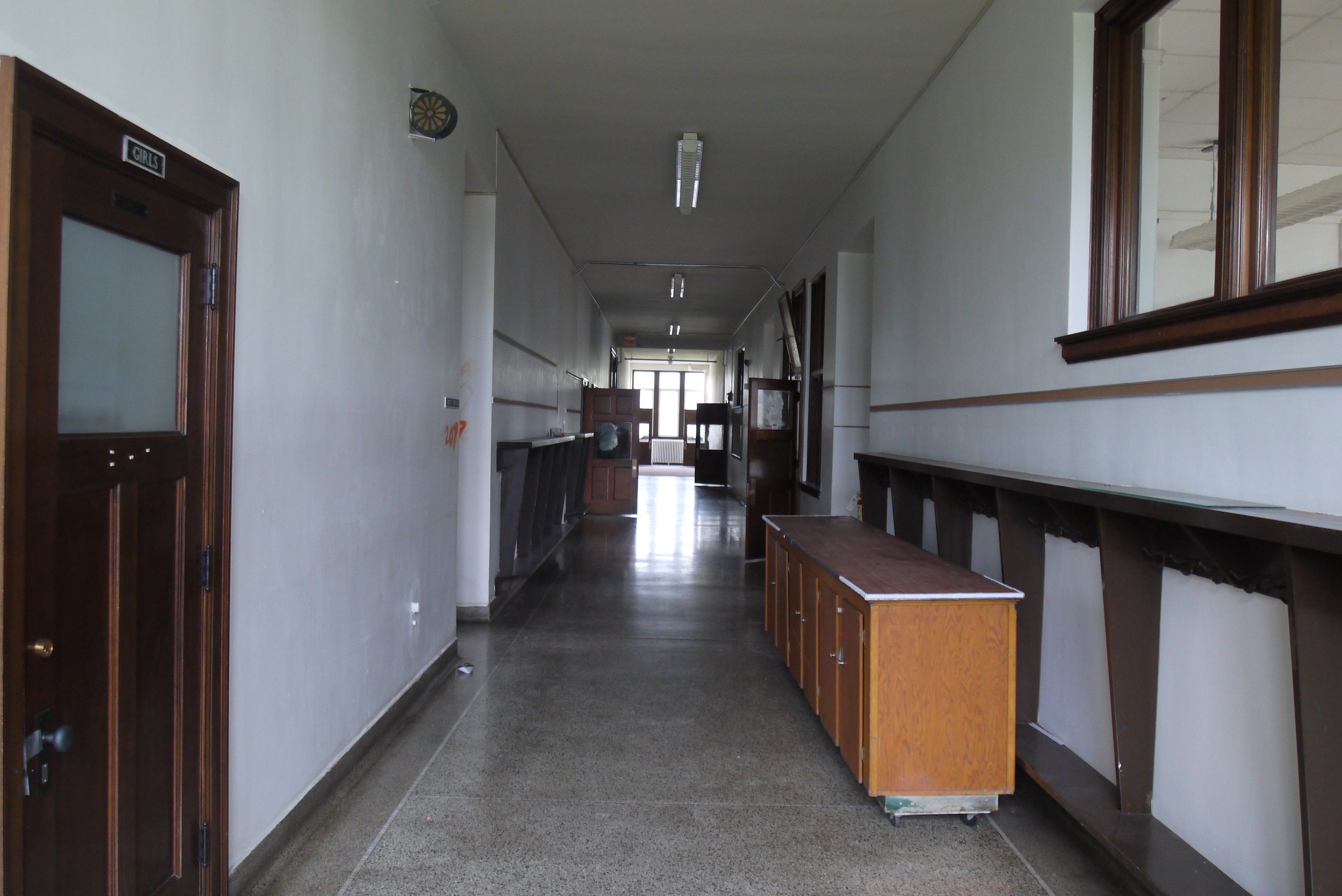 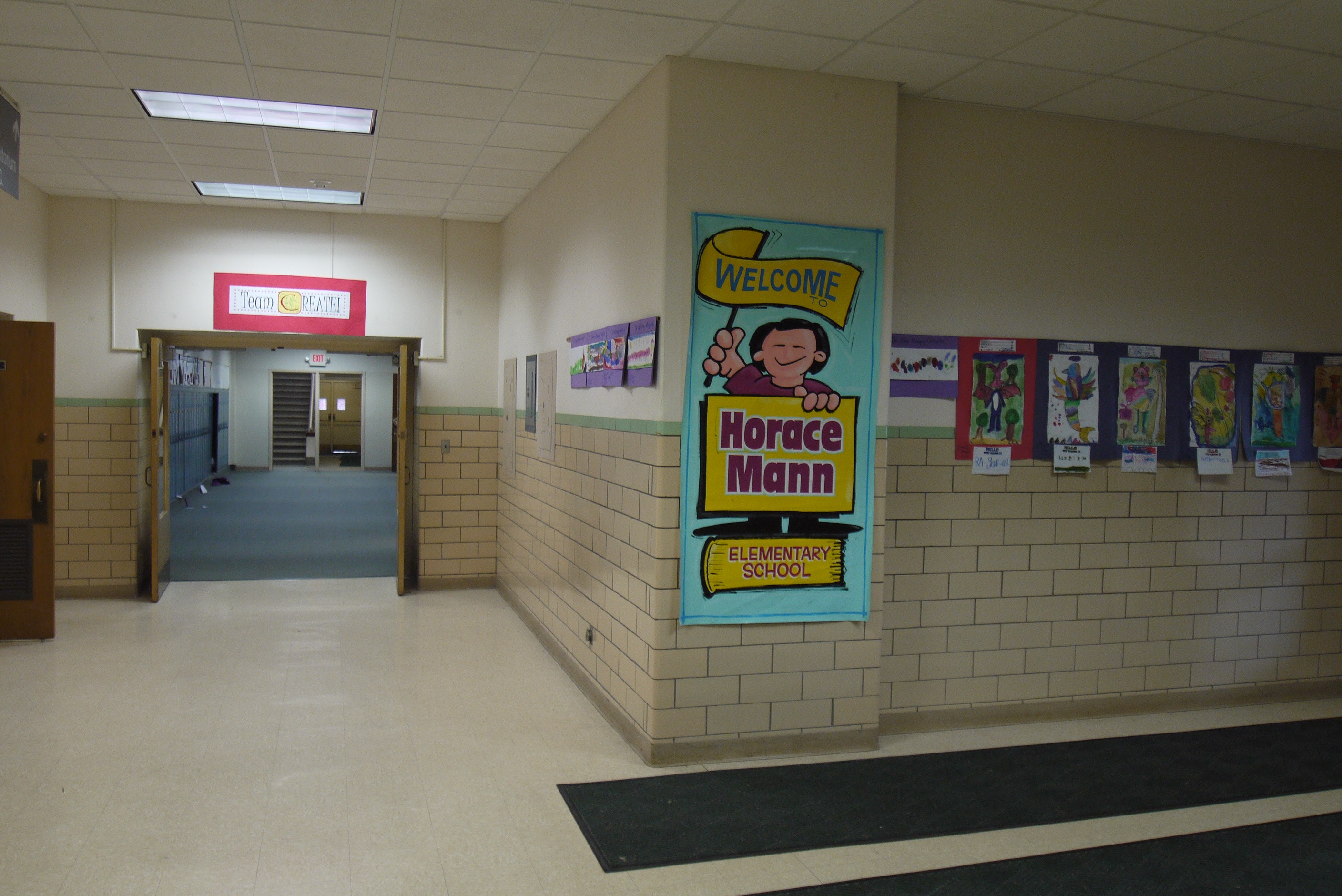 At Roosevelt, you get a great view of the kindergarten room fireplace: 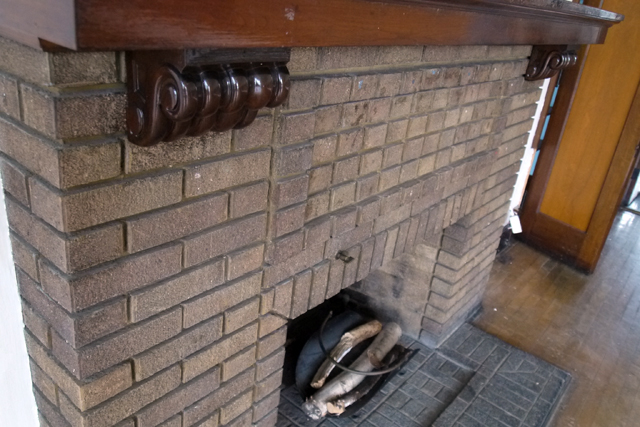 Meanwhile, at Mann – in one of the old Washington School kindergarten rooms – the fireplace is obscured. But, with colorful signs of activity. What you can't see in the photo is the room full of smiling kids standing behind the photographer. 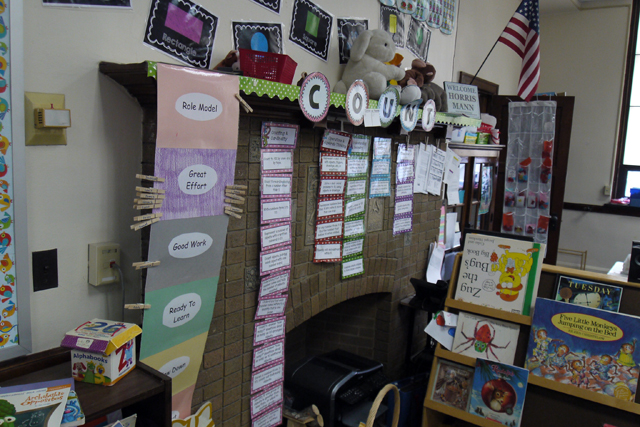 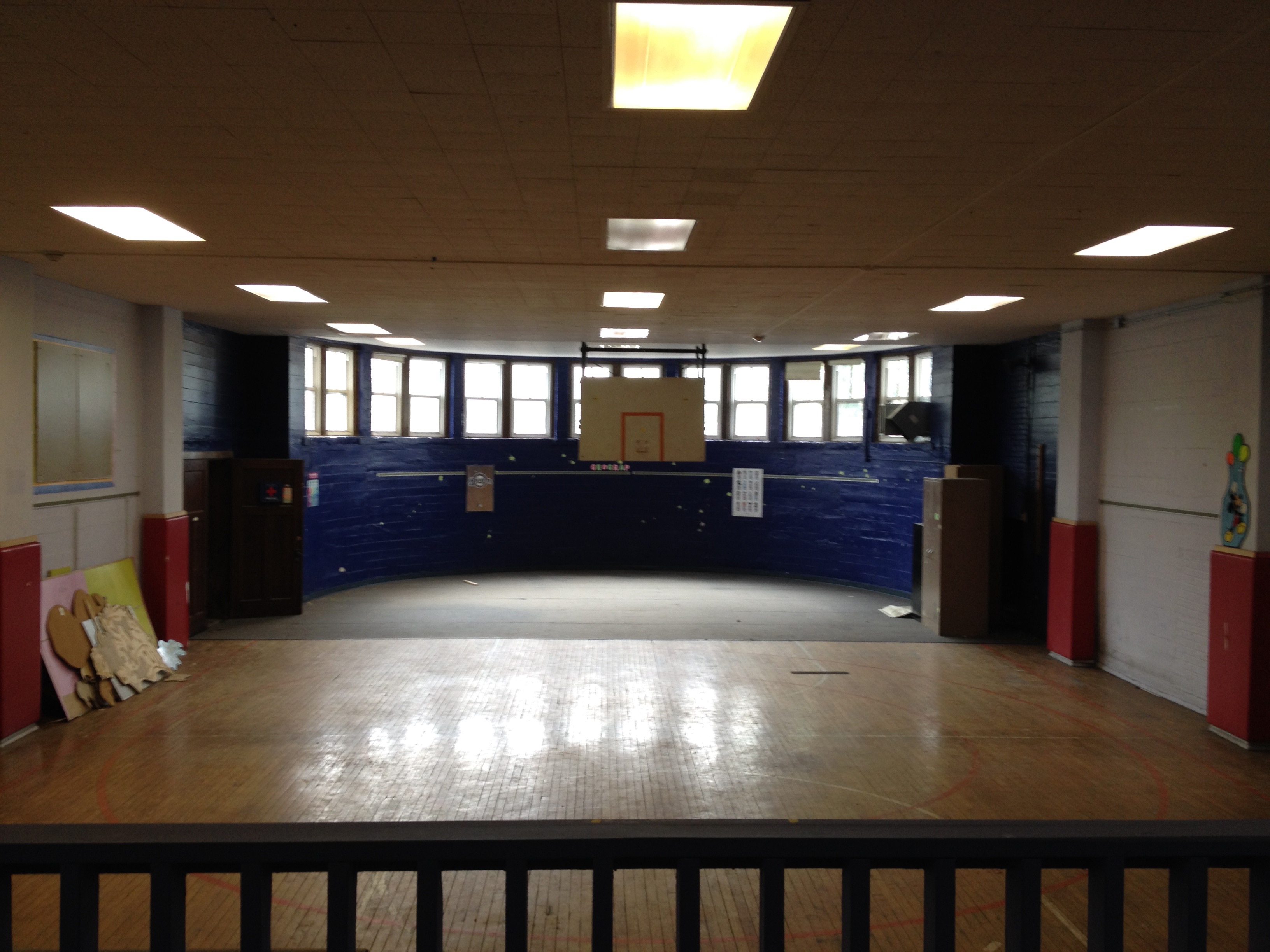 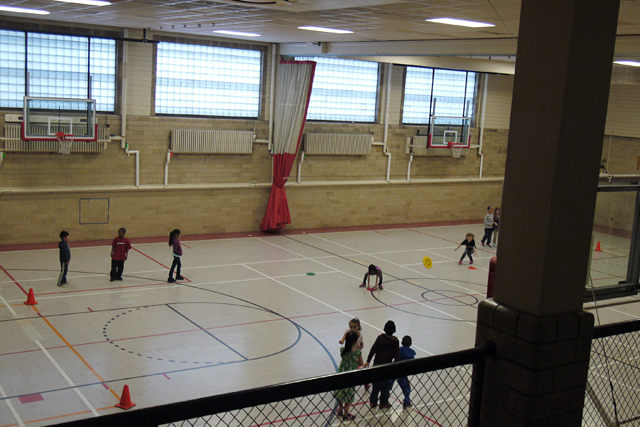 The contrast is a reminder of what is, really, quite easily apparent: remove the children and all that's left is a building, albeit one packed full of memories and history – both personal and communal. 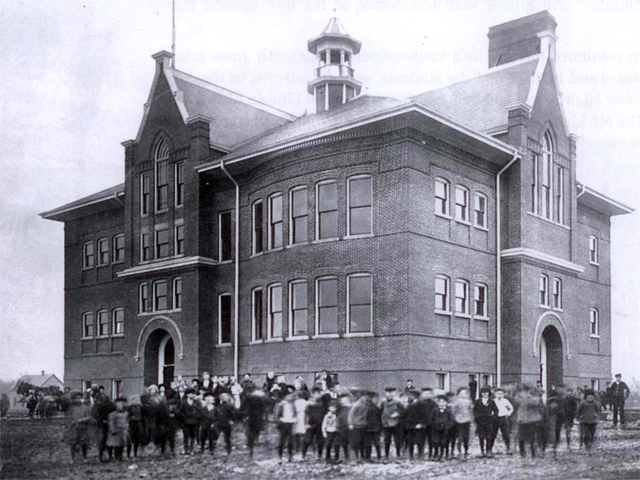 ... which I'd bet was designed by Lucas Bradley, who drew Racine's Winslow School, which still stands... 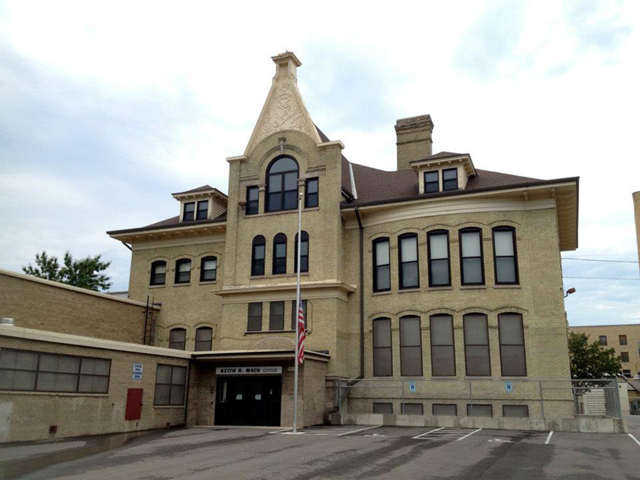