There are certainly places more blatantly difficult to find. But few are more hidden in plain sight than Conway's Smokin' Bar & Grill, an old-school Irish bar that boasts not only a delightfully quirky interior, but also a kitchen that pushes out a menu of basic comfort foods and smoked meats.

There are certainly places more blatantly difficult to find. But few are more hidden in plain sight than Conway’s Smokin’ Bar & Grill at 2127 W. Wells St., an old-school Irish bar that boasts not only a delightfully quirky interior, but also a kitchen that pushes out a menu of basic comfort foods and smoked meats.

"The street is really busy," says owner Debbie Thatcher. "People are flying past in their cars, and a lot of them who come in comment about how they never knew we were here."

And that says something. After all, Conway’s has been a fixture on Wells Street for over four decades. It’s become a popular haunt for guests attending shows at The Rave or Eagles Ballroom. And it’s occasionally a destination for performers as well.

"The drummer from Rascal Flatts came here one night," says Thatcher. "He was in town for a show at Potawatomi and he came and played with the jam band on a Wednesday night. The Replacements also made a visit here before one of their concerts… and some guy named Head [Brian Welch] from Korn."

Thatcher says she suspects it’s the location of the bar that makes it a spot people choose to overlook.

"People outside of the area see 22nd and Wells and they say ‘no way,’ but they don’t understand the area," she says. "We have a great clientele, we keep things clean and there’s never any trouble. It’s safe, and there's never been a reason to call the cops. And I’ve been here for over 40 years." 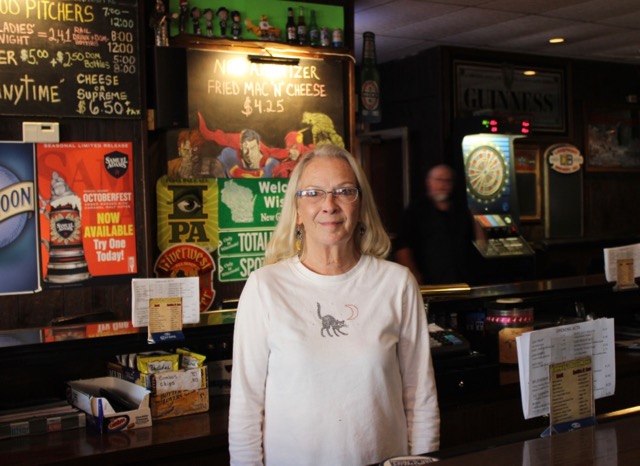 For many years, Conway ran the bars with the help of his two sons, Pat and Tom Conway. Thatcher was also involved in management for Conway’s, and she assumed full ownership and operations after Conway retired in 1992.

"I’ve had other jobs over the years," says Thatcher. "But, it’s all sit down stuff. Bartending is more active, and I love meeting new people. Everything you learn behind a bar is amazing. And I’ve stuck with it because I really do enjoy the people." 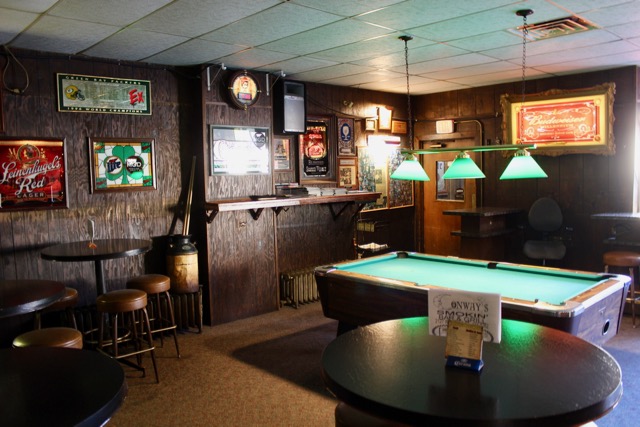 What began as a small tavern with a large oval bar now occupies three storefront spaces. The first addition came in 1977 when Conway expanded the bar into a former restaurant space to the west, knocking out a wall and nearly doubling his bar’s footprint.

At first glance, Conway’s likely strikes guests as a typical old school Irish tavern. There are dark wood paneled walls augmented with mirrored ads for brands like Wild Turkey, Miller Brewing Company and Paddy Irish Whiskey. Near the entrance there’s a pool table. There’s also a pinball machine and a dart board. And some things are pretty old school; take for instance the fact that the bar is cash only, and they run drink specials like $2.50 rails and domestic bottles on Mondays and $4 pints and $13 pitchers on Wednesdays.

At the same time, guests will find 12 tappers featuring a nice selection of craft and imported brews including selections from Lakefront Brewing Company, City Lights and Sprecher Brewing. 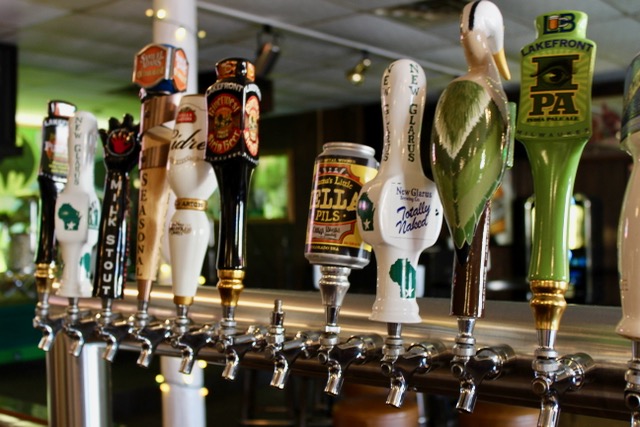 "People call it a dive all the time," notes Thatcher. "And that used to piss me off. To me dives are dirty, and this place isn’t that. But I guess that’s a good thing nowadays. It’s really an old-style Irish neighborhood bar … relaxing and laid back."

Conway’s also has its own distinct personality. A stage, built during one of the bar’s expansions, not only accommodates live music, it also features a background comprised of detailed chalk art designed by Thatcher. "It’s a talent I didn’t know I had until I started doing it," she says. 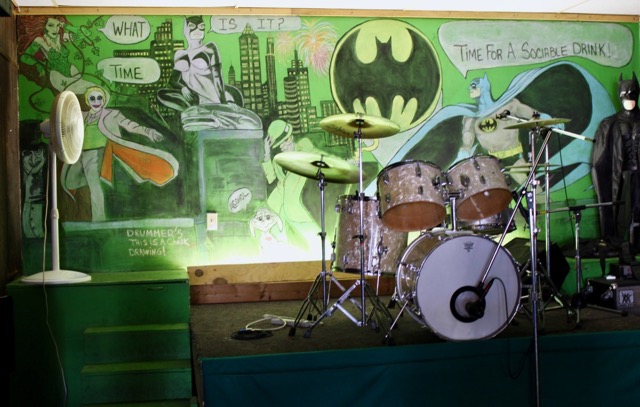 The designs change over time. At Christmas, drawings might depict holiday characters. Another day, it might be a Nightmare Before Christmas theme. Currently it sports a Batman montage with a guest appearance from Max, the dog from "How the Grinch Stole Christmas." You'll find more chalk art – including images of super heroes like Superman, Two-Face and Flash – on the menu boards near the bar.

It’s also a place where interesting happenings have been known to transpire. For instance, if you search the shelves behind the bar, you’ll happen upon a small brown monkey, innocently sprawled inside a martini glass looking as if he might be half in the bag. It’s actually a toy slingshot monkey, which at one point would let out a scream when aimed and shot across the room. 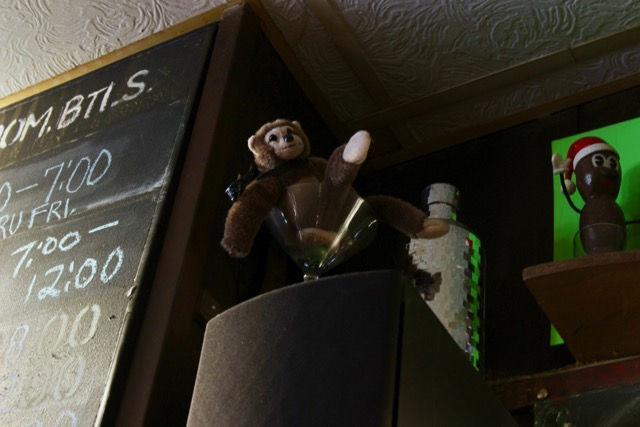 "The monkey has been sitting up there now for about 10 years," says Thatcher. "He’s broken and, even when you shoot him, he doesn’t make a sound. But every once in a blue moon he’ll start screaming off the cuff. You never know when or why."

Thatcher says it’s par for the course. "See how shiny the bar is?" Thatcher asks me, pointing down the bar toward the front windows. 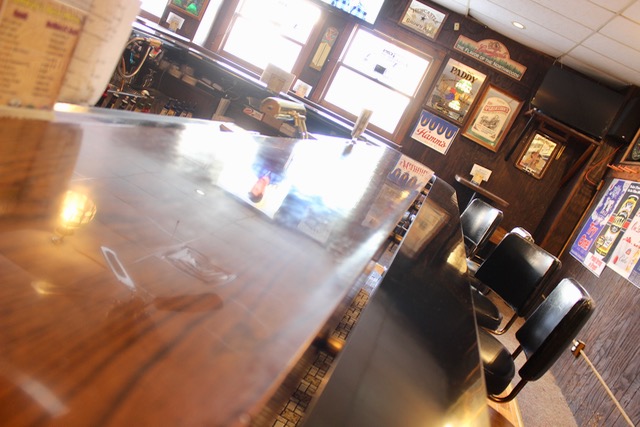 "I’ll occasionally come in to open the bar and there will be these outlines on the bar, like someone was resting their arms on it. And there’s always this powdery residue around them. They appear on either side of the bar and always in spots with gunslinger chairs. The weirdest part is that no one has been here. I even took a picture of it once… it’s really wild.

"Nobody knows it but us, and I’m like ‘man, we have some ghosts around here.’ Probably a bunch of old timers who used to drink and hang out here … and they miss us, so they come back and leave their dander."

For years, Conway’s was just a bar. But in 2004 Thatcher made the decision to add food to the mix.

"Marquette University had started to buy up bars in the area," she says. "And I saw the writing on the wall. The space to the east was a place called Chicago’s restaurant. We gutted it, renovated the kitchen and completely cleaned it up." 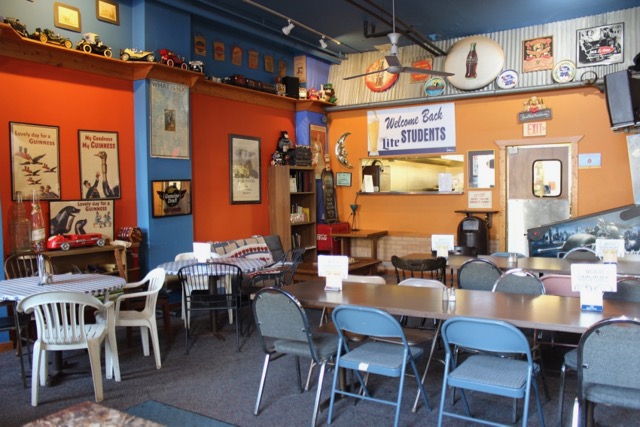 Today, the space holds a small brightly colored dining area sporting both interesting and quirky decor. In an alcove near the front of the dining room, you’ll find a table that’s always occupied thanks to life-sized replicas of the Blues Brothers. 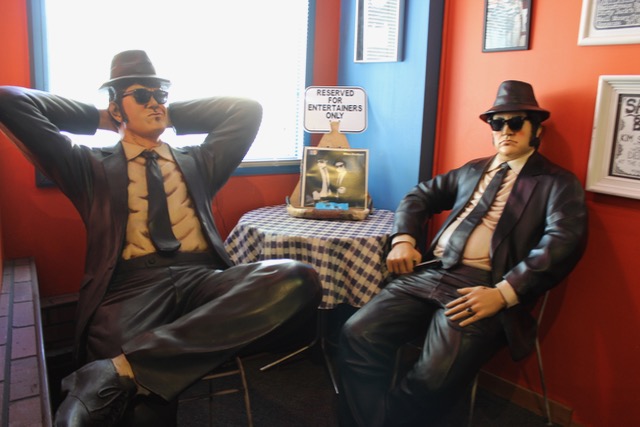 Shelving near the ceiling showcases collectible Jim Beam and McCormick Whiskey bottles from the '60s and '70s. 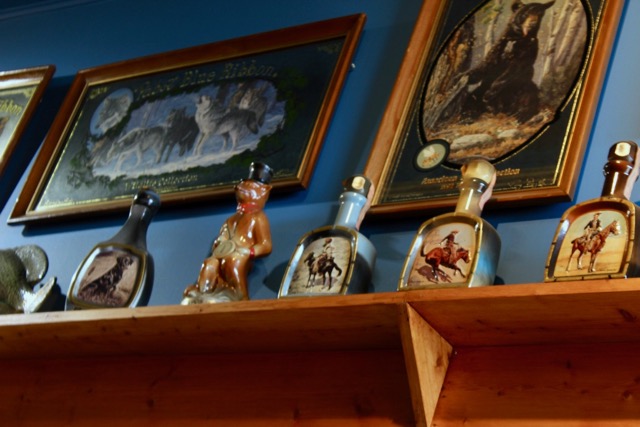 There’s also an unfinished mural on the west wall, depicting a bar at which the late Bernard Conway sits drinking a beer. 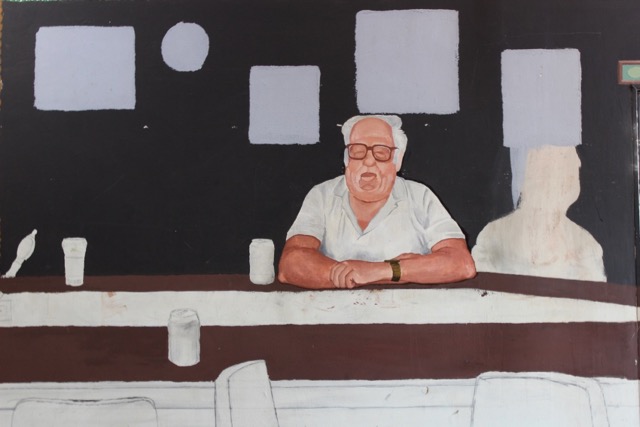 "We had a guy who was going to paint the mural for us on that wall," notes Thatcher. "He worked on part of it, and then he disappeared. But before that, he did paint a portrait of my dad."

Vintage magazines and books occupy shelves along the walls. And there’s a collection of board games that Thatcher says folks sometimes play when they just want to hang out for a while. 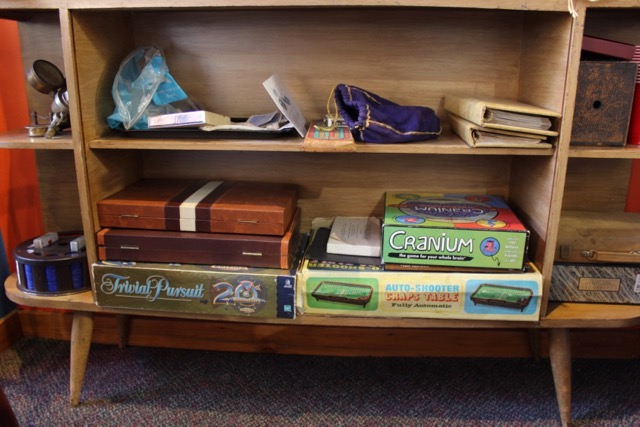 Meanwhile, behind the window where you order and pay for your food, Thatcher’s significant other, Gary Johnson (AKA Big Wisconsin Johnson), mans the kitchen, serving up a menu of dishes named for music acts.

Among the appetizers there are Glenn "Fries" and Styx (mozzarella), Ringos (onion rings) and Fleetwood Mac, fried macaroni and cheese with cheese sauce, all priced under $6. There’s also a BB King burger ($7.25), a Chicago (dog, $7) and the Annie Lennox, a quarter-pound veggie burger ($8).

But, the most popular items come from the restaurant’s smoker.

"I’m originally from the South," says Thatcher. "And years ago we didn’t have any good ribs in Wisconsin. Everything was boiled and sauced, and I wouldn’t eat it. So, we really wanted to feature smoked foods."

Popular items include applewood smoked wings with a choice of seven sauces (six for $5.25), a smoked meatloaf sandwich ($8.25) and the pork tornado, a sandwich made from pulled smoked pork loin ($8.25). Meanwhile, smoked corned beef adorns the Bob Dylan, the restaurant’s Reuben sandwich ($8.85). 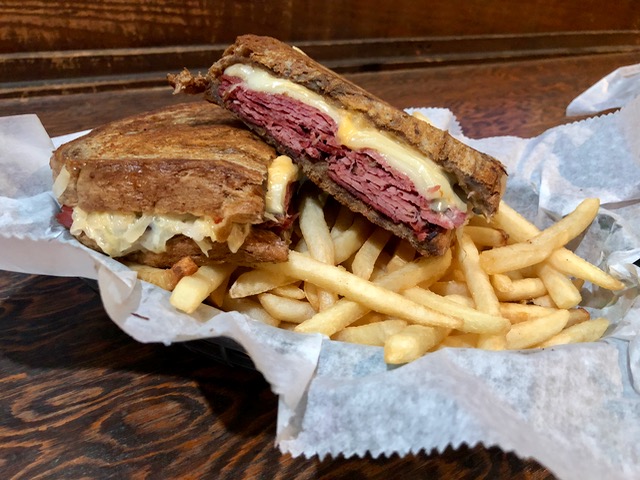 The Big Johnson features six hickory smoked spare ribs (about a pound, total) served up with baked beans and southern style (read: not sweet) jalapeno cornbread made from Thatcher’s own recipe ($15.25). 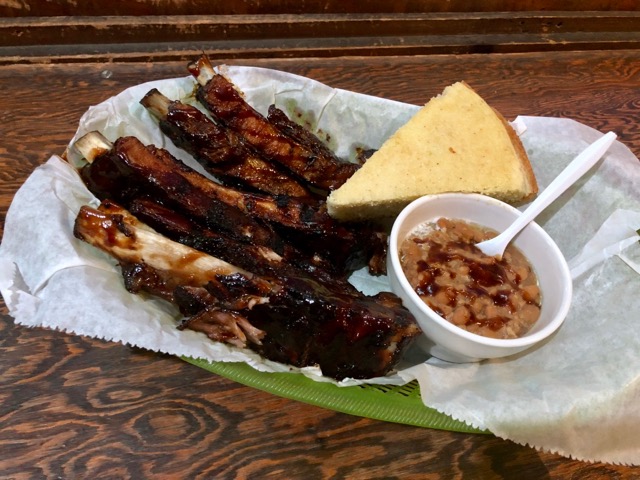 "I’ve been smoking things since I was 4 years old," says Johnson. "My grandfather had a smoker on his farm, and he taught me a lot of what I know. My mother was also a big cold smoker. My family came from up north where there was lots of wood, so smoking was a big deal among the Norwegian population."

Johnson, long known for his popular blues performances at the Wisconsin State Fair, also heads up Conway’s weekly tradition, the Wednesday Night Jam, during which a core of regulars and random visitors put their voices and instruments together … and, well, jam.

"We have some of the best musicians in Milwaukee playing here on Wednesday nights," says Johnson. "Folks like Jeff Arnold, Louis Martinez, Alex Mamadov, WAMI winner Conway Powell, Kenny J and LC (Calvin Edwards). And there are so many others who drift in and out."

The party starts around 8:30 p.m. on Wednesdays with musical numbers ranging from BB King and T-Bone Walker to Chicago and Santana. Regardless of what people play, Johnson notes, it’s always a blast.

"I’ve been doing the ‘Jam Around the City’ for 20 some years," he says. "And we moved it here almost 18 years ago. We’re the longest continuous running jam in the city."

Sounds like it’s another of Milwaukee’s best kept secrets.