Recently, a Milwaukee couple purchased a property in Walker''s Point which will soon serve as The Courage House, a home and resources for LGBTQ youth in need. The house is the first of its kind in Wisconsin.

After fostering numerous young women who identified as LGBTQ, Brad and Nick Schlaikowski decided they wanted to do more.

In 2015, Brad and Nick started Courage MKE, a not-for-profit organization that raised thousands of dollars to support Gay Straight Alliance groups in local schools and provide scholarships to students who are actively involved in their high school’s GSA.

Through their work, the couple learned that homelessness – which often leads to drug use and sex trafficking – was a serious problem in the LGBTQ youth community and they decided to go even further with their mission.

Earlier this year and after numerous fundraisers, the couple – who have four children of their own – purchased a property in Walker’’s Point that will soon serve as The Courage House, a home and resources for LGBTQ youth in need.

"A child is not able to work on themselves until they are able to be themselves," says Brad. "And if they can be with children like themselves they can begin their healing process."

The Courage House will open in the fall of 2018 and will accommodate eight kids between the ages of 10 and 17. Residents of the Courage House are invited to stay as long as they want and will receive the resources and support necessary for success after they "age out" and turn 18.

The Courage House will have around-the-clock staff providing group therapy, homework help, life skills coaching, arts and crafts and more. They are currently in need of household items. For more information how to help, go to their website.

According to a study conducted by the Cream City Foundation, there are approximately 500 homeless youth in Milwaukee and 40 percent of them identify as LGBTQ. Many of the kids were rejected by their families for being gay and / or unwelcome in shelters with religious affiliation for the same reason.

"Most of all, we want these kids to be a part of a family," says Brad. 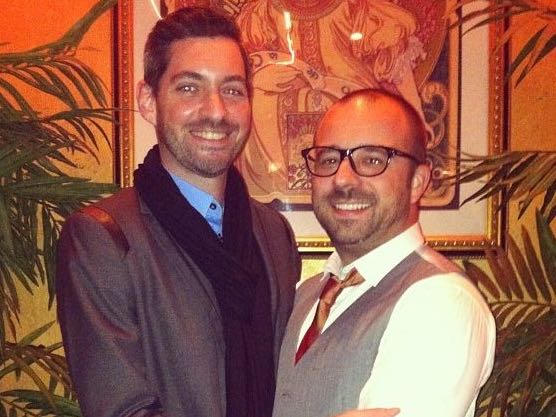