Despite her proclamation from arguably her biggest hit that, "Put me on a pedestal, and I'll only disappoint you," Courtney Barnett did anything but disappoint during her entertaining 90-minute set.

By Tedd Lookatch Special to OnMilwaukee Published Jul 05, 2019 at 7:21 AM Photography: Ty Helbach

"Put me on a pedestal, and I’ll only disappoint you."
"Tell me I’m exceptional, I promise to exploit you."

–  From "Pedestrian At Best"

Despite her proclamation from arguably her biggest hit, Courtney Barnett did anything but disappoint during her entertaining 90-minute set.

The band had some travel troubles getting to the Big Gig, but you’d never know it from the cool demeanor Barnett presented. The lead "Hopefulessness" started out as a smooth interlude until about halfway through, when a short series of right leg kicks signaled, "Game on" as the back end of the song rocked out.

It was followed by a great rendition of "City Looks Pretty" before she ran into her 2013 breakout "Avant Gardener" which includes the lyrics: "I was never good at smoking bongs. I’m not that good at breathing in." This was almost a challenge to the full crowd to light up, and the waft of pot smell appeared to reach her on stage. While this Barnett song is about allergies, it appears to have connected with her fans a different way. 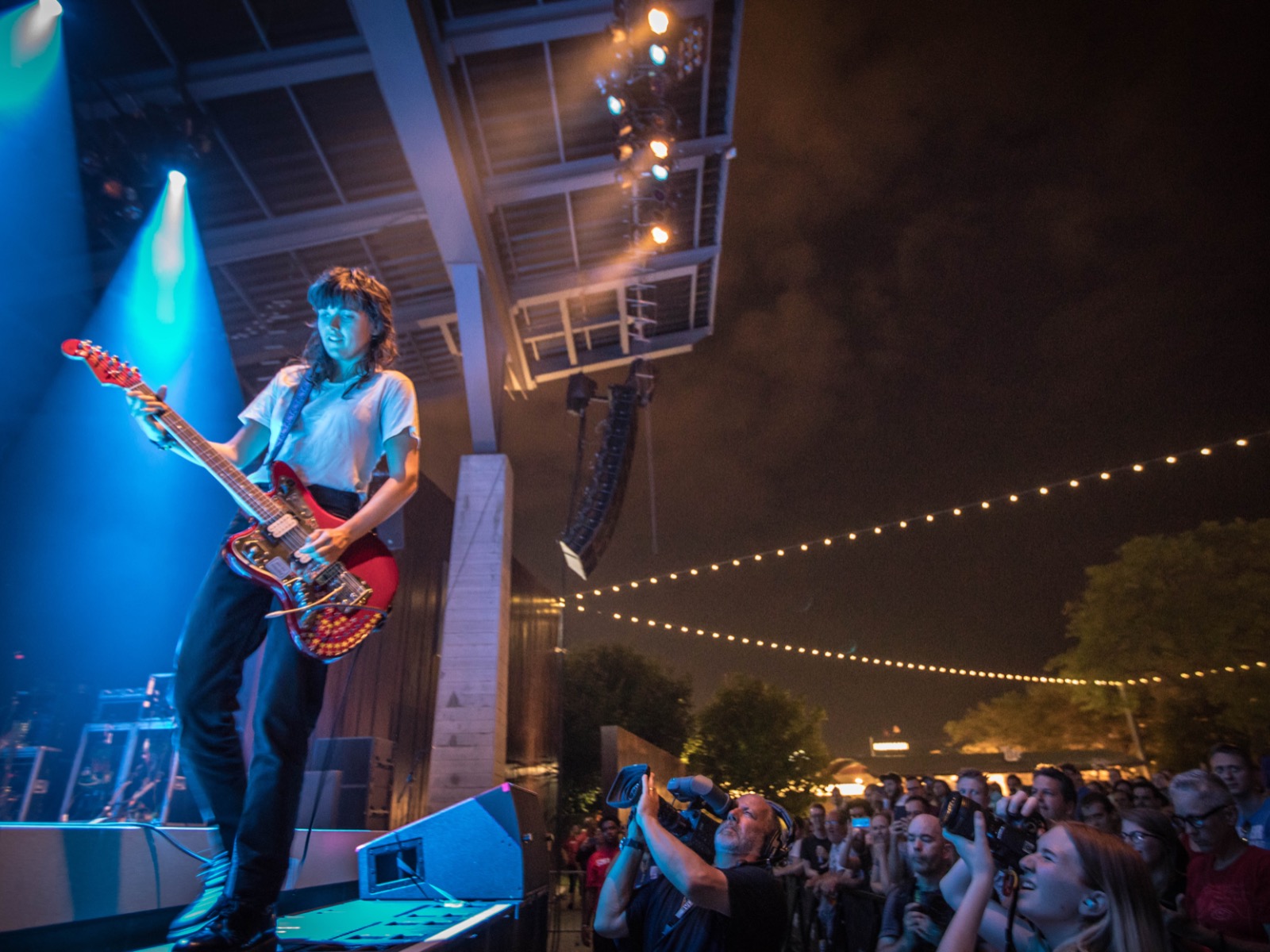 A native Australian, Barnett has a knack for combining quirky poetic lyrics with great guitar riffs. Performing in a simple white T-shirt and sporting a punk-ish attitude, she moved freely around the stage often perching on the speakers in front. Occasionally, she spit on stage and elevated her guitar towards the sky. Barnett appeared very comfortable with who she was and what she was here to do.

It was as a combo of "I don’t care" attitude and punk rock as she entertained the audience with light banter, backed by really good material. One highlight included grabbing a loose drumstick during "Are You Looking After Yourself" and hammering it onto her guitar.

The set had a lot of depth which was aided by her tight three-piece of Dave Mudie on drums and Bones Sloane on bass and backing vocals. They have been together since the beginning which allows them to gel tightly, feeding off each other on stage. One notable example was on "I’m Not Your Mother, I’m Not Your Bitch," where the drums and bass carried the cut. As Barnett pointed out during the show, "We’re a professional band." 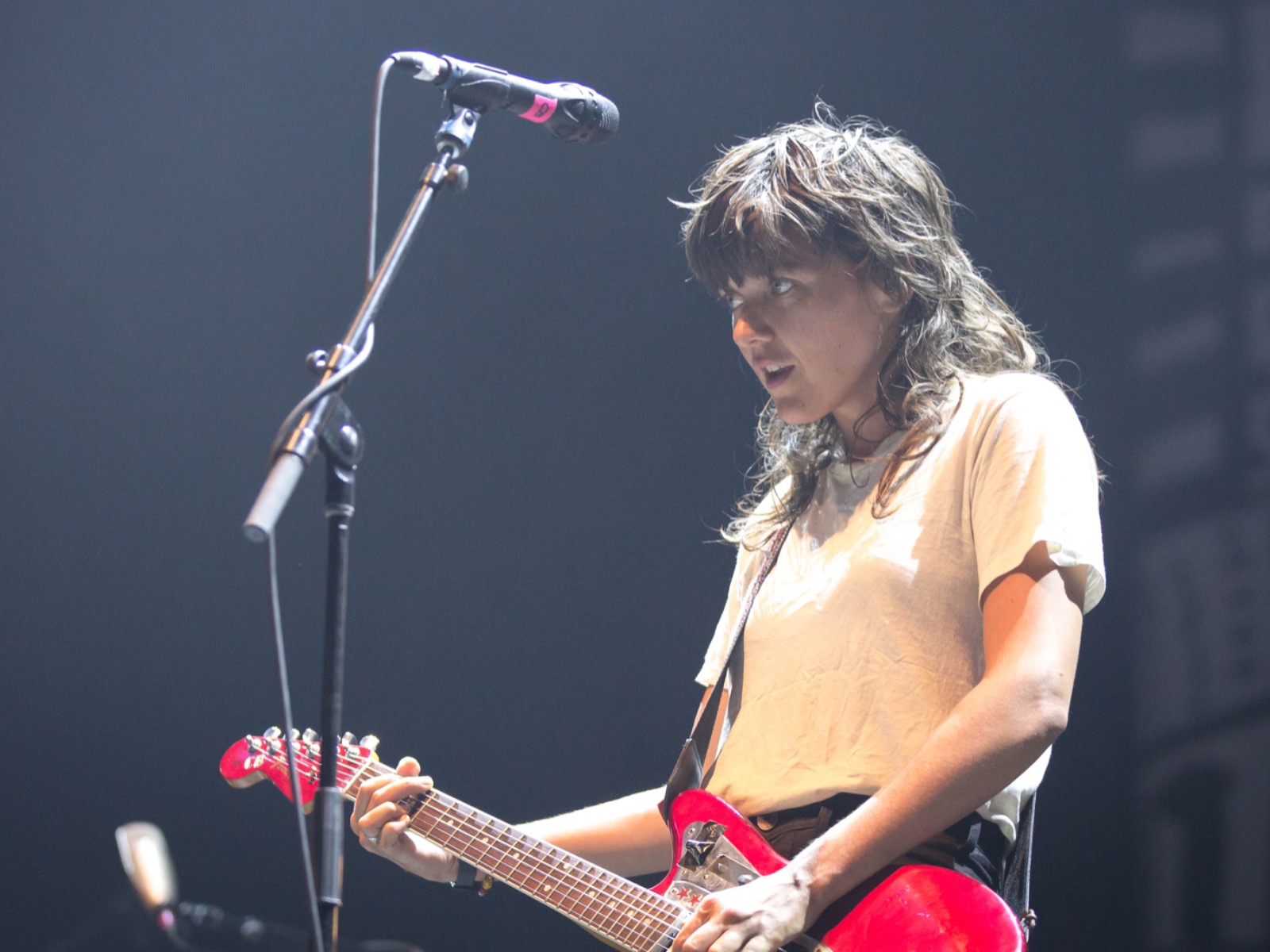 The self-deprecation and modesty one finds in her songwriting is contradicted by her confidence in the music. "Depreston" began as a simple beautiful ballad featuring her voice and guitar before crescendoing into a full rocker. The audience was on board for the whole ride, backing her up, and she echoed back the energy.

Ending on "Pedestrian at Best," Barnett left the crowd on an ultra-high note of pure power and sincerity. Her complex songwriting and powerful live performance combined for a show that certainly didn’t disappoint anyone who was in attendance.