Hungry for the viral laundry detergent delicacy but don't want a swollen face and accidental death? Cranky Al's has introduced a Tide Pod donut that combines all the "fun" of eating the colorful confection but none of the risk of burning your esophagus.

Wish you could just enjoy scarfing down a Tide Pod without that bitter poisonous taste? Hungry for the viral laundry detergent delicacy but don't want the risk of a swollen face and accidental death? Thankfully, Cranky Al's has come to your rescue, joining fellow donut shops across the nation in introducing a Tide Pod donut that combines all the "fun" of eating the colorful confection but none of the risk of burning your esophagus – all while being a delicious treat you'd actually want to eat and swallow.

Created by the famed Tosa bakery – and home of one of celebrity chef Alton Brown's favorite crullers in the country – the Tide Pod donut is a simple but scrumptious raspberry-filled pastry with vanilla frosting on top swirled into the now-infamous gummy-looking Tide Pod swirl. But the best feature is that, unlike Tide Pods, it's actually food, which means the donut is digestible, tastes good and won't cause profound singeing pain upon swallowing it. 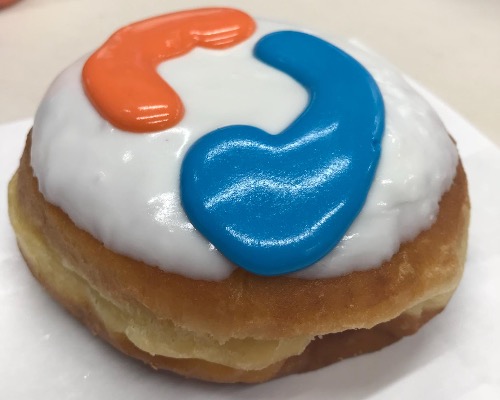 For those who thankfully have missed this story of morons spitting in the face of Darwin and natural selection over the past few weeks, a brief recap: Because the internet is bad, idiot youths began uploading videos earlier this month of "the Tide Pod challenge," which involves recording yourself eating the tiny but highly concentrated detergent packet and suffering the violent, dangerous aftermath.

Because this is 2018, and getting them clicks and going viral is more important than having functioning throat muscles, the trend has reached the point that Facebook and YouTube are removing Tide Pod challenge videos from their websites, and the detergent company even issued a Twitter PSA about why you shouldn't eat their obviously inedible product.

What should Tide PODs be used for? DOING LAUNDRY. Nothing else.

Eating a Tide POD is a BAD IDEA, and we asked our friend @robgronkowski to help explain. pic.twitter.com/0JnFdhnsWZ

That's right: One-man frat house Rob Gronkowski is currently a voice of reason. We are truly living in the dumbest timeline.

According to a post on Cranky Al's Facebook page, the bakery only plans to continue selling the Tide Pod donuts through Feb. 1 – the rumored but eventually debunked date that Tide planned to discontinue the controversial detergent pellet. So get them now while they're hot and trendy.

(Cranky Al's is currently sold out today of the pastry, but expects to have more of the special donuts beginning Saturday.)