A longtime favorite West Allis spot has closed, for the second time.

A longtime-favorite West Allis spot has closed, for the second time.

Crawdaddy's, the Cajun and Creole restaurant at 9427 W. Greenfield Ave., has once again gone dark. A sign on the door confirms the closing, which was effective as of Monday, July 16. 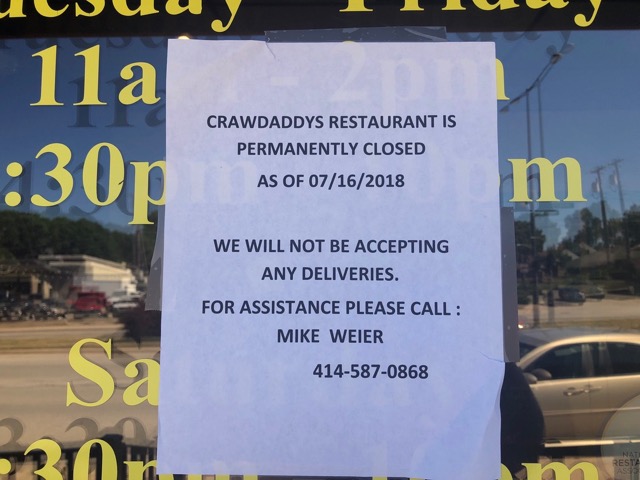 The establishment's owners were unavailable for comment at the time of publication.

Crawdaddy's has a long history in the Milwaukee dining scene. For nearly 20 years, the restaurant served Louisiana-style fare at 6414 W. Greenfield Ave. Then, after a three-year hiatus, Crawdaddy's returned, opening in its 94th Street location in February 2016.

Dino's has closed in Riverwest

Saloon on Calhoun with Bacon to close permanently