A new locally made hard seltzer has been gradually making its way onto taplines across the greater Milwaukee area this summer. And it's a brand that promises well-rounded fruit flavor with less sugar than many brands on the market.

A new locally made hard seltzer has been gradually making its way onto taplines across the greater Milwaukee area this summer. And it’s a brand that promises well-rounded fruit flavor with zero sugar.

Crazy Asian Wild Seltzer is the name of the brand, which released its Tiki Tangerine flavor in early June. The seltzer weighs in at a 5% ABV, with less than 100 calories per serving and a composition that’s both gluten and malt-free.

The brand is owned and operated by Winny Chanthalalay, a long time home brewer who took her first foray into the beverage realm four years ago when she collaborated to create Brew City Nitro Coffee, a product made with Guatamalen coffee and distributed by Two Brothers Beverage Co.

But this time, she says, she wanted to create a brand of her own, which reflected not only her personal taste, but also a nod to her Lao culture.

"It’s always been my dream to be able to have one of my products on tap at area restaurants," she says. "And this project is something I’m really passionate about."

Chanthalalay says she got the idea for creating the seltzer brand after realizing that her own drinking habits had changed over the years and she found herself gravitating toward lighter beverages like seltzer.

But what she found is that most hard seltzers on the market were too sweet for her taste; and many showcased fruit flavors that didn’t taste natural at all. Rather than wait for the market to catch up to her tastes, Chanthalalay says she decided to tackle creating the hard seltzer that she wanted to drink. 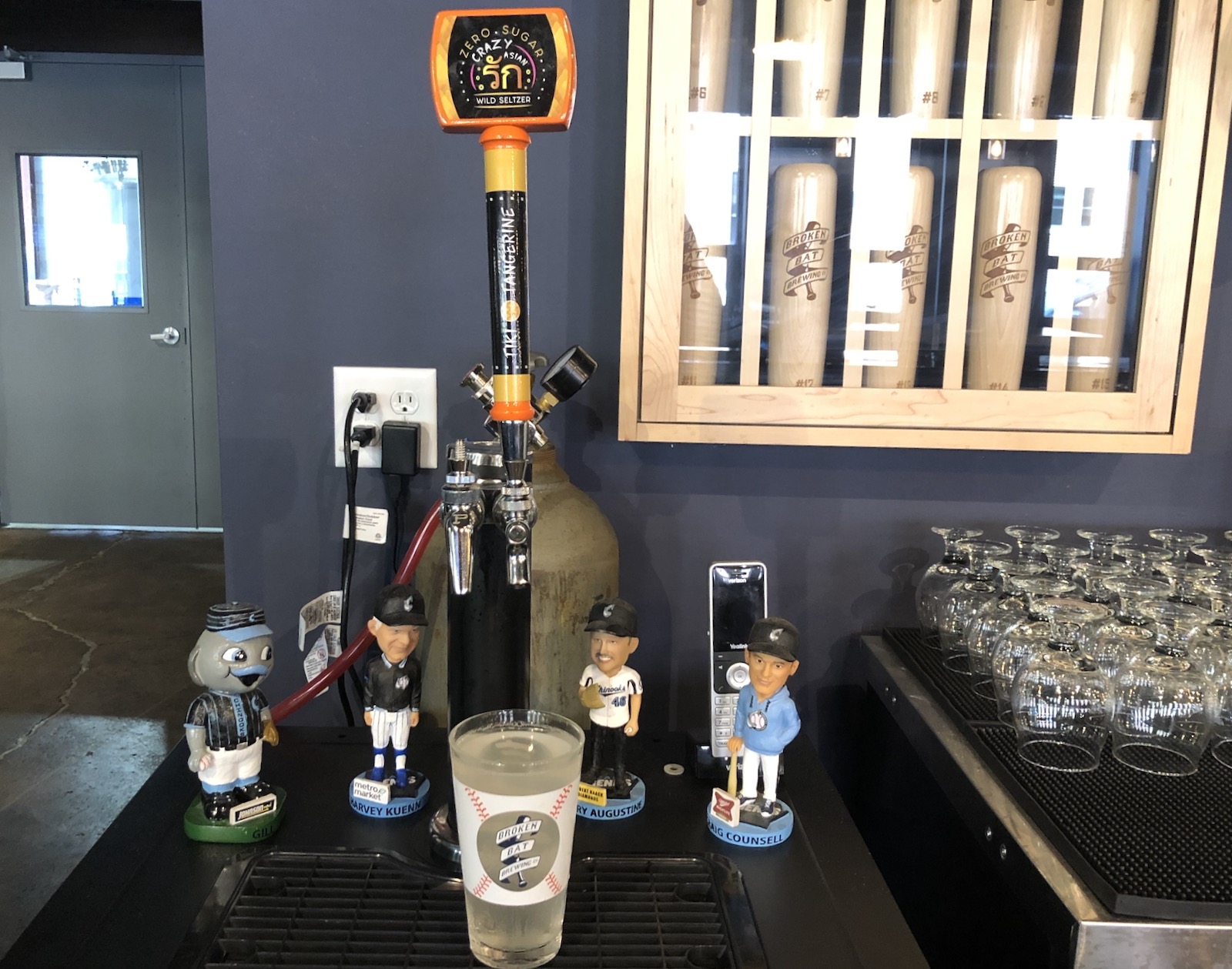 Thanks to years of brewing experience and a background in industrial engineering, she had the knowledge she needed. But, she says, it took time.

"Seltzers are much more finicky than beer," she says. "It’s impossible to hide their impurities, so care has to be taken with the process so that you can achieve clarity in the product, a clean finish and avoid objectionable, yeasty aromas."

Once she’d mastered the base for the seltzer, she began tackling the process of curating the flavor profile for Tiki Tangerine.

"You see lots of flavors like black cherry and lime on the market," she says, "But I really wanted to make something different. I also wanted a beverage that represented me and my Lao culture."

Chanthalalay says she was interested in a flavor profile that was balanced, well rounded and which persisted from the first sip through to the finish. She also wanted a natural aroma that was evident, but not overpowering.

Two years later Chanthalalay says she had the product she wanted to bring to market. To bring it to market, she looked to Tim Pauly and Dan McElwee of Broken Bat Brewing Co., who she brought on as contract brewers for the product, which is also available for purchase in their tap room at 135 E. Pittsburgh Ave.

"This company is derived from passion, excitement, love and curiosity," she says, noting that the word "crazy," in Thailand and Laos is seen as a term for passion and energy.

"I’m the crazy Asian," she says, "And it’s because I have real passion and love for what I do."

The elements of love, passion and drive are also reflected in Crazy Asian Wild Seltzer Tap handles, which are decorated with a snakeskin print that Chanthalalay says represents her birth date, which falls in the year of the snake. Meanwhile, the Lao symbol on the handle represents love.

"We’re a very small start-up company," says Chanthalalay. "But our mission and vision is tied to love and care, and we’re committed to giving back to the community in the best ways we can. During COVID-19, we’ve helped out by creating hand sanitizer for home care workers. And, moving forward, we hope to engage in things like community fundraising as much as we are able."

Chanthalalay says that, in addition to Tiki Tangerine she’s also working on a number of new flavors for the Crazy Asian line, including a new Dragonfruit Kiwi flavor, which is scheduled to debut in September.