Rockabilly band Crazy Rocket Fuel is comprised of four women who are also good friends. The retro rockers are choosy about their gigs, but always pack the house when they perform. Recently, OnMilwaukee.com sat down with lead singer and guitarist Kari Bloom to find out more about the band and its plans for the New Year.

If cranking out music ever becomes stressful for rockabilly band Crazy Rocket Fuel it’ll be time to call it quits.

"Our objective is to have fun," says lead singer and guitarist Kari Bloom. "We’re certainly not in it for the money."

The retro-rocking band – comprised of four women who are also good friends – formed in 2009 and played their first gig at Kochanski’s Concertina Beer Hall, 1920 S. 37th St., where they still perform regularly.

"(Owner) Andy (Kochanski) is a great guy. Even though he never heard us, never saw us, he hired us on blind faith for our first show," says Bloom.

Crazy Rocket Fuel consists of vocalist and guitarist Bloom, along with Ginny Wiskowski on lead guitar and vocals; Laura Proeber on stand-up bass; and Deb Bricault on drums and vocals. Their friendship comes through on stage through banter and it's clear they are having a good time.

All of the women have professional day jobs – Bloom is the director of business architecture at Northwestern Mutual Life – but they also prioritize their music. Bricault, who lives in Indiana, drives up to the Town of Vernon where Bloom resides to practice for a few hours and then drives back.

The women are also committed to using much of their vacation time to play gigs around the country, including the Reno Rockabilly Riot in Reno, Nev. and Viva Las Vegas Rockabilly Weekend in Las Vegas.

"If we can swing it, we do it," says Bloom. "We are in this for the music, the life experience and to have fun." 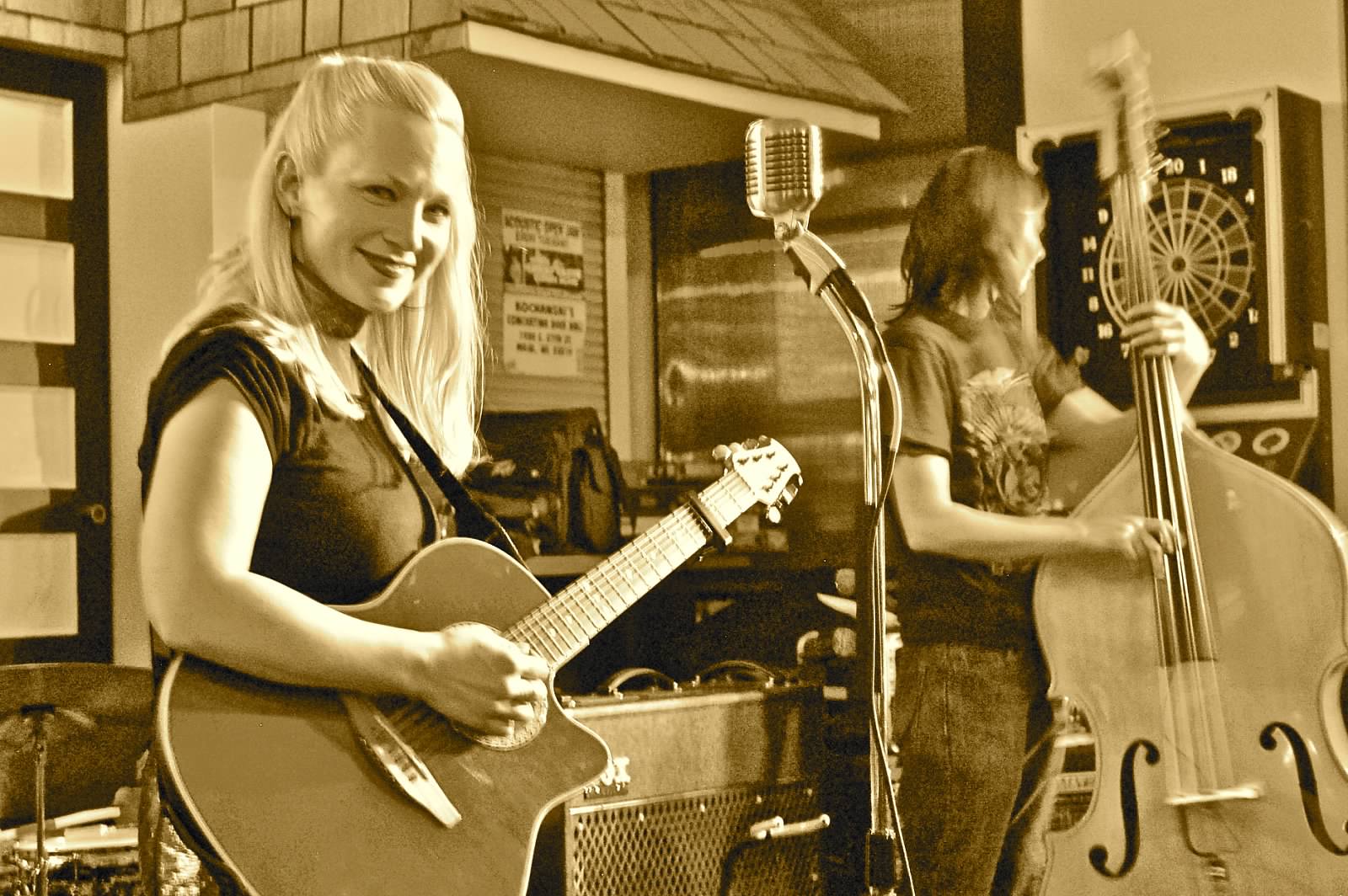 Originally from Kenosha, Bloom moved to Milwaukee in 1991 to attend the University of Wisconsin-Milwaukee where she received a degree in psychology. In the early '90s she joined the band Bent and, later, Dropmore Scarlet before Crazy Rocket Fuel.

"I did not have the formal training like the other women (in Crazy Rocket Fuel)," says Bloom. "I was in choir in high school and was always singing in my car and the shower, but that was about it."

Wiskowski has a background of being in other bands, including The Psycho Bunnies and Fweep. Prober was classically trained on bass and Bricault started drumming at a young age as well.

Crazy Rocket Fuel is the first band in which Bloom both sings and plays guitar.

At the age of 30, Bloom – who was living in Washington Heights at the time – decided to learn to play the guitar and started taking lessons at North Star Music, 6831 W. North Ave.

When she showed up for her first lesson, Bloom waited outside of the practice room with a woman who appeared to be about her age. She then realized the woman was waiting for her 8-year-old son to finish up his lesson.

"I asked my teacher if I was his oldest student and he said, ‘pretty much,’" says Bloom. "But that’s OK. I’m a late bloomer and I believe you’re never too old to try something new. You just have to stop thinking what other people think about you, let go and open yourself up to new experiences. It’s very powerful and it keeps you young."

The wide age range of rockabilly fans is one of Bloom’s favorite parts about the music genre / lifestyle.

"We have fans that are in their twenties and in their seventies and every age in between," she says. "So many of our fans have become our friends. Six people (from Milwaukee) came out to see us in Las Vegas. We were really touched by that."

Crazy Rocket Fuel has two full-length CDs: the first is called "Volume One" that was produced by Bill Stace at the Walls Have Ears Studios. The second album, "Cannibal Women in the Avocado Jungle of Death," was recorded in 2013 by Steve Hamilton at Making Sausage Music.

Both albums are a mix of covers and original, local-flavored songs like "Tycheeda Bound" and "Cudahy Mama."

Although the group sometimes sports the rockabilly fashion – which can include ponytails and the "pin up" look for girls or cuffed jeans and pompadour-styled hair for the guys – they don’t always.

"We don’t feel pressure to look a certain way. Although fashion is a part of the rockabilly scene, the music still dominates," says Bloom.

Bloom says she appreciates the nostalgia aspect of rockabilly music in general. "It feels like going back to a simpler time," she says.

Crazy Rocket Fuel will play at the World Of Wheels at State Fair Park on Saturday, Feb. 21 at 6 p.m. and on Sunday, Feb. 22 at 1 p.m. View the band’s full schedule here.

"We are so grateful and appreciative of our fans and the people who come listen to us. Being in a pop rock band for so long and struggling to get people to come out to a show, we are particularly appreciative. That is what makes the experience so rewarding. It means a ton," she says. 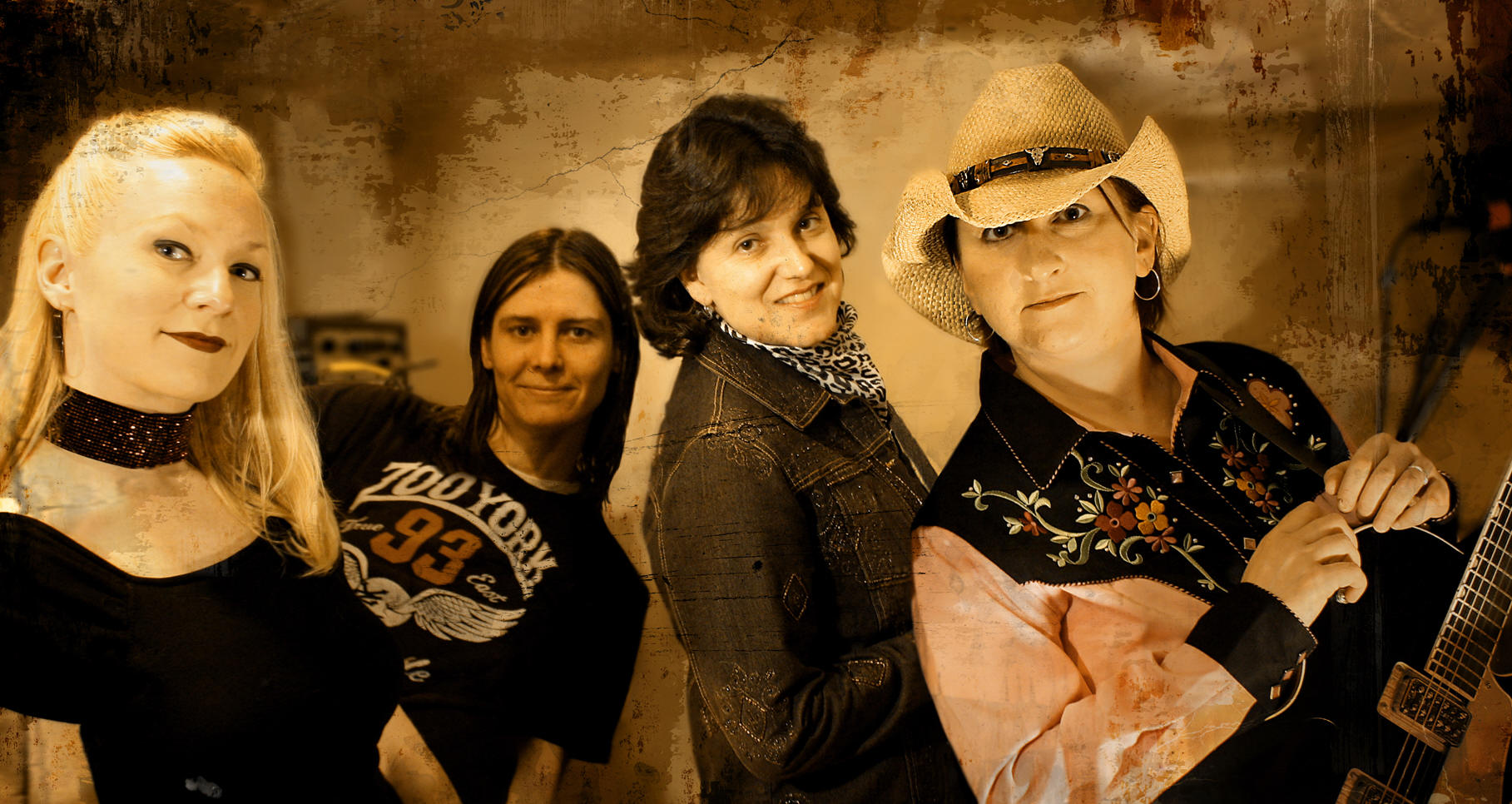