Milwaukee is the home and eponym of Cream City brick, much of it made right in the Menomonee Valley near Downtown. Here is a quick tour of some fine examples of a variety of Brew City building types executed in Cream City brick.

Milwaukee is the home and eponym of Cream City brick, much of it made right in the Menomonee Valley near Downtown.

Here – in honor of Dan Atkinson's upcoming show of artwork created with Cream City bricks – is a quick tour of some fine examples of a variety of Brew City building types executed in this Milwaukee material. 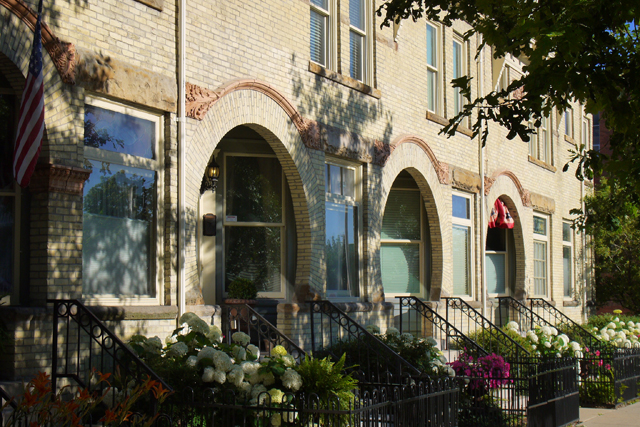 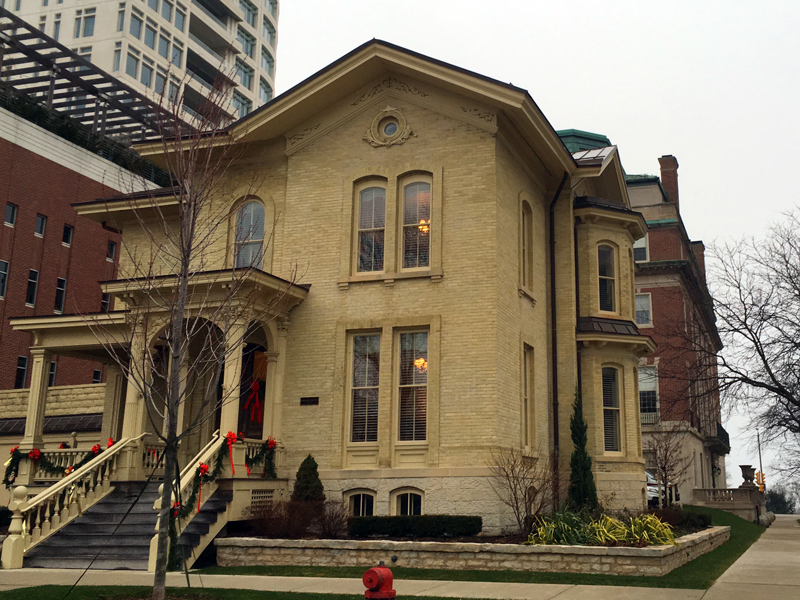 This Italianate home at 800 N. Marshall St. was built in 1872 for Milo P. Jewett, who five years earlier co-founded the Jewett & Sherman Co., a grocery retailer and distributor. The architect is unknown. When I moved to Milwaukee in the 1980s, the building was home to the Swedish Consulate (seriously). I'm pretty sure it was also painted until it was restored a while back. 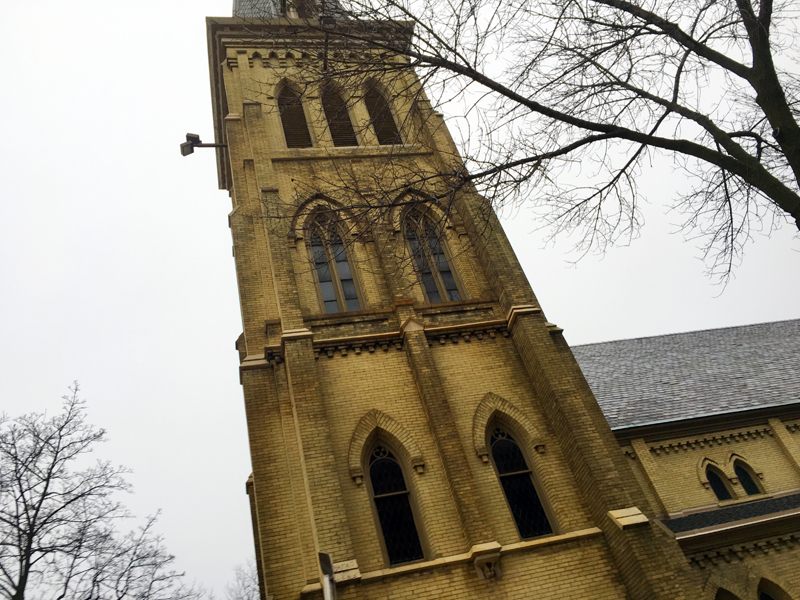 All Saints Episcopal Cathedral, 828 E. Juneau Ave. was built in 1868 to plans by Edward Townsend Mix. With an impressive soaring spire, a prominent clerestory and surviving support buildings surrounding a courtyard, Mix created an cluster of cream city Gothic beauty. 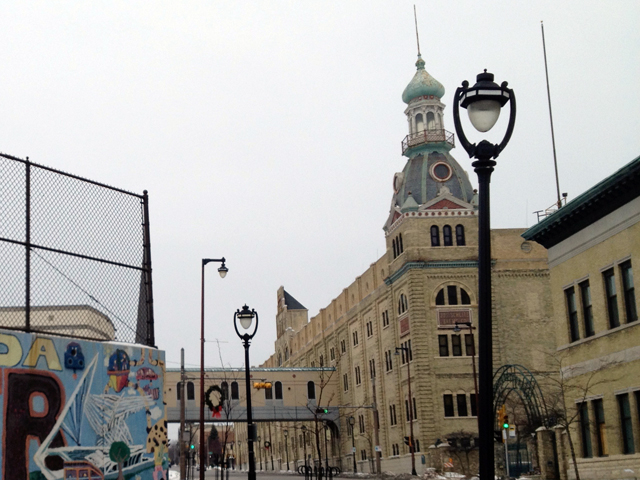 Some of the buildings have come down over the years, but the German New Renaissance-style Schlitz brewery complex still has a number of beautiful examples, including the stock house with its distinctive tower, executed in Cream City brick and designed by architect Fred W. Wolf in the 1880s. 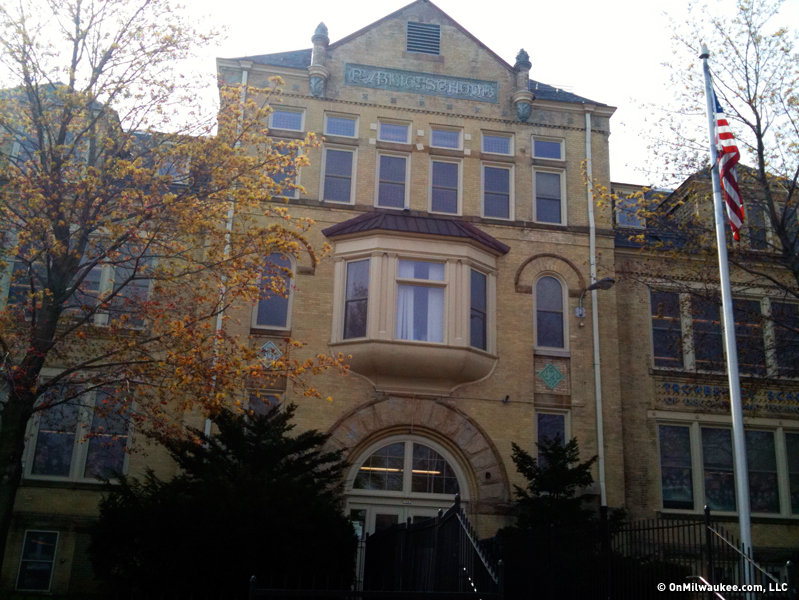 Walter Holbrook – erstwhile partner of Edward Townsend Mix – designed the Queen Anne Trowbridge Street School, 1943 E. Trowbridge St., schoolhouse in Bay View, with its sturdy and regal arched entry. There was a time when most every 19th century MPS building wore its original Cream City brick face, but a few decades ago paint was applied to most of them. Trowbridge is reportedly the only such building to have never been slathered. 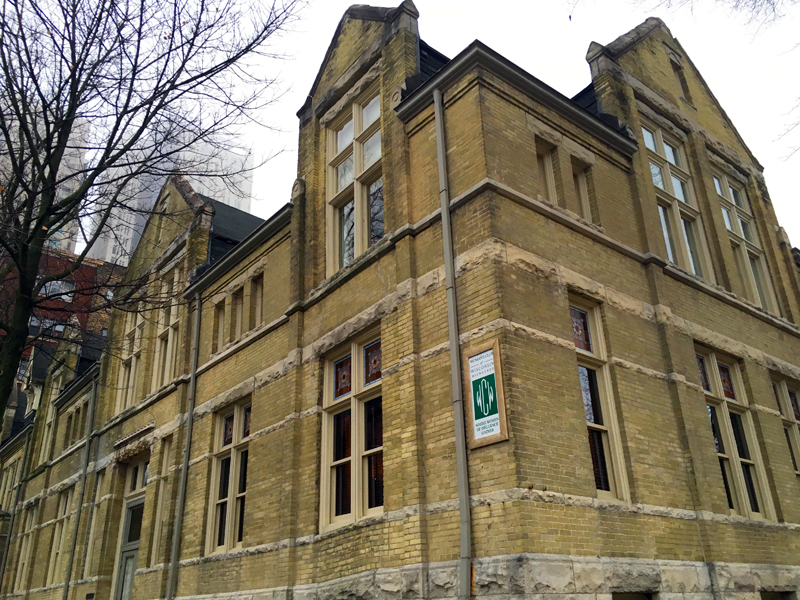 The Women's Club of Wisconsin, 813 E. Kilbourn Ave., was designed by George Ferry and is an elegant clubhouse, erected in 1886, befitting a high-society women's club. 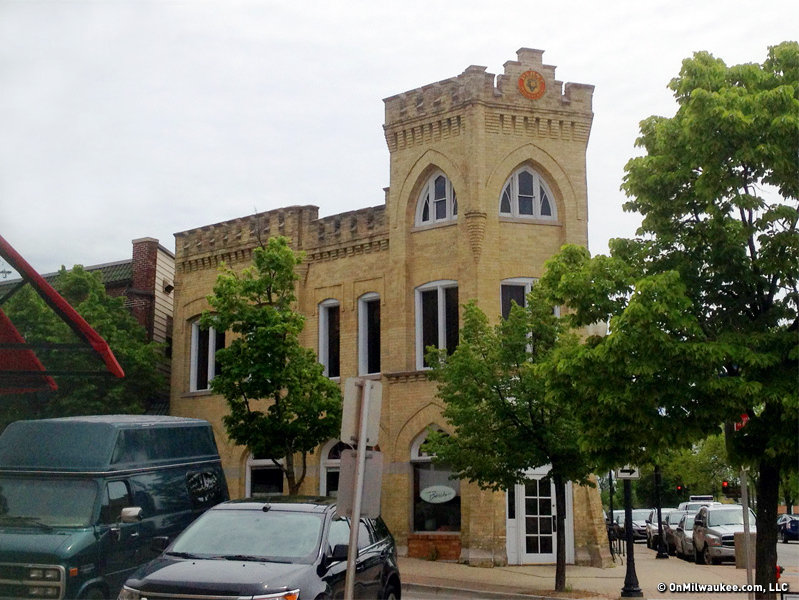 The Ristorante Bartolotta building, 7616 W. State St. in Wauwatosa, was built by The Pabst Brewing Co. in 1902 as the Charles Jacobus Saloon. Designed by Pabst's favorite architect, Otto Strack, this crenelated Gothic castle-like building served as a tied-house – that is, a brewery-owned bar.