Paris, schmaris. As Anthony said, "Let there be light." And more light. The Anthony is Anthony Crivello, Milwaukee native and Tony Award-winning actor. He has an idea to light up Milwaukee to identify its neighborhoods and beautify the city.

As Anthony said, "Let there be light." And more light.

The Anthony above is Anthony Crivello, one of the greatest actors ever to come out of Milwaukee. He’s won a Tony Award and has traveled the world, bringing his art to audiences everywhere. Just recently, he completed a sold-out run of "McGuire" at The Rep and is coming back for a limited encore this summer.

Like many actors, he is an artist who understands beauty and drips taste. And he has stepped forward, on Facebook, with a suggestion for Milwaukee – one that deserves some attention. 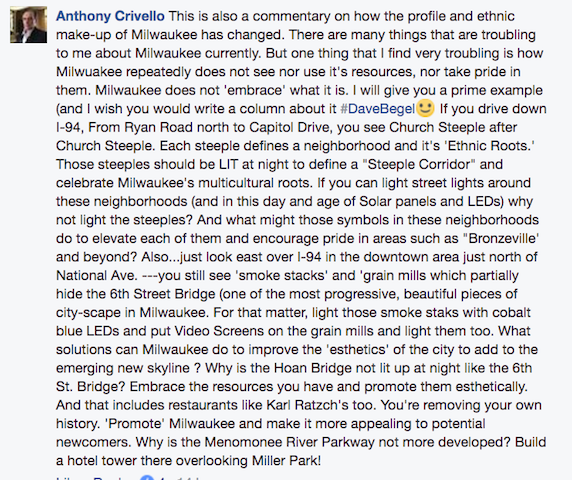 Crivello grew up in Milwaukee and went to Marquette before setting off on his journey to success in a field where success is often a difficult proposition. He loves his hometown and, during his stay here, was struck by what he saw – and also what he didn’t see.

We spend a lot of time talking about and approving plans for all kinds of new developments, but I think Crivello is on to something here with the idea of lighting up much of what we already have.

Paris, of course, is known as the City of Light. When you drive or walk around or come in for a landing, the lights take your breath away. Everything is lit, from the Eiffel Tower to the river Seine. 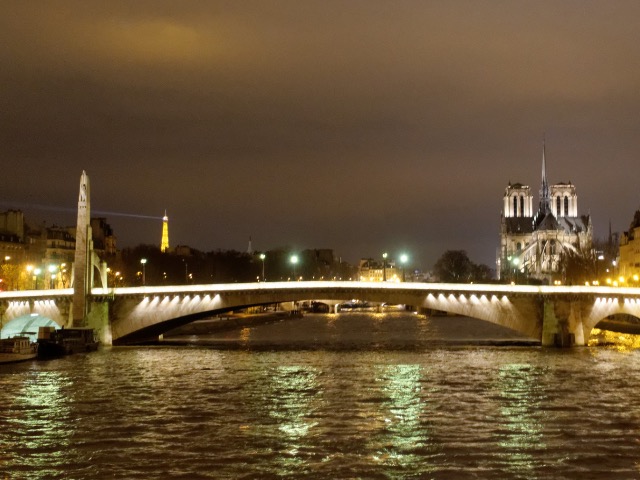 Lights can change almost everything we recognize in a building. Take a look at the Marcus Center for the Performing Arts, which was just an off-white block of rock until they hired Focus Lighting of New York and added lights in 2008. 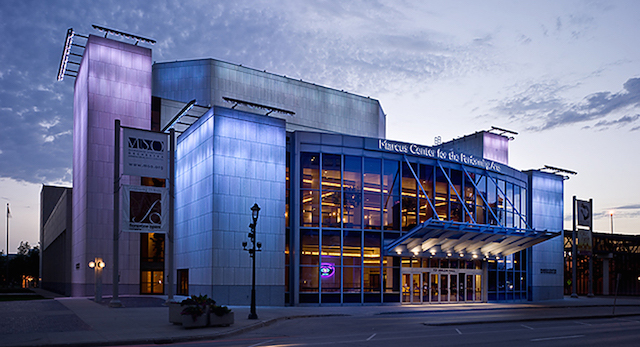 The stunning lighting at the Marcus Center is a jewel of Downtown Milwaukee. (PHOTO: marcuscenter.org)

"To make the building more iconic, a concept was developed that revolved around bathing the exterior facade in washes of colored light," the company says on its website. "This light shifts in color and pattern, creating a work of kinetic art inspired by the work of local artist Georgia O'Keeffe."

Chris Abele, before he became county executive, was a board member of the Marcus and he paid for the lights – and obviously appreciates the value of the display. "I wanted to help enhance the sense of occasion that surrounds performances inside the Marcus Center by creating a bold, dynamic and artistic exterior for this public facility," Abele said at the time. "It gives new life to one of Milwaukee’s architecturally significant buildings and emphasizes the importance of arts to this community."

Light all the steeples. Light the Hoan Bridge. Light every building more than 10 stories high (or pick some other number). Make the U.S. Bank Center and the Northwestern Mutual Tower and all the other tall office buildings leave their lights on at night. Create lighting for all the big apartment buildings. Light all the smokestacks and the cell towers and tall antennae.

Driving in from the airport, I counted at least 40 buildings, plus an untold number of steeples and chimneys, that would be part of an incredible display of light.

Let’s get the county or city to hire Noele Stollmack and Jason Fassl, two theatrical lighting directors who have incredible skill and taste. More than lighting technicians, both of them are storytellers who can spin a tale just by using lights. 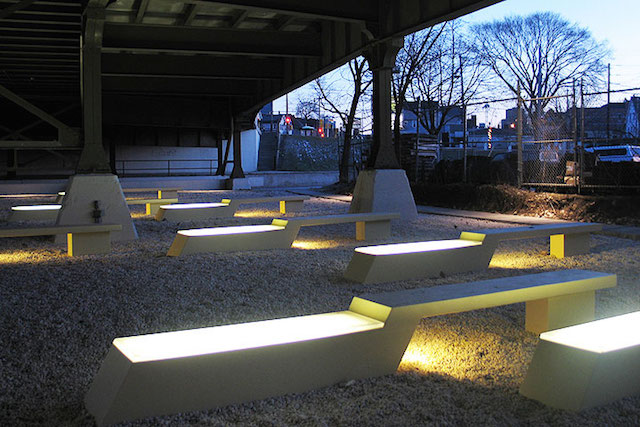 I have absolutely no idea how much this would cost. But Stollmack said the cost of LED technology and control is far less expensive and more available than when the Marcus Center installed its lights.

She said she would need much more information before talking about costs, but did say that "a likely fixture could be an outdoor rated color changing PAR or linear striplight – those run in the neighborhood of $2,500." A PAR is a parabolic aluminized reflector light, and I have no idea what that means.

We spend lots of time worrying about our image – coming up with slogans nobody uses and new flags nobody flies. Let’s do something that is easy to notice and can add to that "breathless beauty" factor that Milwaukee could surely use.

We need to get someone to spearhead this effort, and I'd bet OnMilwaukee would be willing to coordinate a task force to do this. It could assign one of its retired old writers to assemble that task force and go after funding to make this happen. It could be called the OnMilwaukee Show of Lights, or something.

Thank goodness for the world of artists, like Crivello, who think of things in terms of beauty and the ability of that beauty to define and express the things we all hold most dear.