Crossroads Collective, the new culinary-driven food hall located at the corner of Farwell and North Avenues, has put a target on the month of November for its opening.

Crossroads Collective, the new culinary-driven food hall located at the corner of Farwell and North Avenues, has put a target on the month of November for its opening.

According to information released today, construction crews are track to finish the space in late October, with a series of soft opening events to follow. The dining space has been completely reimagined, with the help of Korb+Associates, to create vendor stalls and a dynamic, inviting atmosphere for future patrons. Wallpapered City, owned by Stacey Williams-Ng (also an instrumental force behind the programming for Black Cat Alley) has been engaged to bring local artists to create artistic pieces for both the forthcoming food hall and a speakeasy, which will connect the two entities. 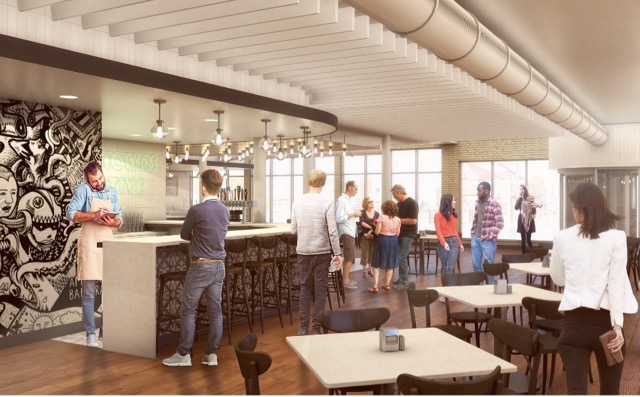 Once open, the 7,000 square foot retail space will house a commissary-style kitchen which will provide cooking, prep and dry storage space for eight micro-restaurants, each operated by its respective owner.

So far, four tenants have been secured including: