The number of college-age kids in the audience grooving to the music to The Crystal Method (TCM) on Thursday proved the band's brand of electronic "club" music is alive and well, despite the fact that much of it was made before they were even born.

The amount of college-age kids in the audience grooving to the music to The Crystal Method (TCM) on Thursday at Summerfest’s Miller Lite Oasis stage proved the band's brand of electronic "club" music – popular in the late 1990s and early 2000s – is alive and appreciated by younger generations, despite the fact that much of it was made before they were even born.

The crowd was impressive for a 4 p.m. show. (That fellow EDM star Marshmello was the night's headliner certainly helped.) Although near the beginning it was easy to grab a bleacher seat, more and more people – many of them younger millennials and Generation Z kids meeting friends – filtered in. Although mini-backpacks, pacifiers, glow sticks and other accessories once popular with rave and club culture were notably absent, many of the kids wore gold and silver body glitter. 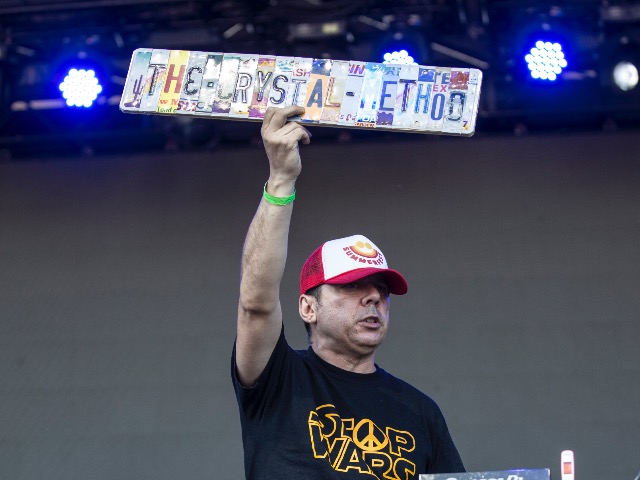 Formed in the early 1990s in Las Vegas by Scott Kirkland and DJ Ken Jordan, TCM’s debut 1997 album "Vegas" went certified platinum, with well-mixed, trippy big beat hits such as "Trip Like I Do" and "Busy Child." Music from the Grammy winners has been featured in numerous TV shows and films, including "Bones" "Fast and Furious 6" and "London."

Because much of its vinyl is out-of-print, the group recently released a limited-edition 20th anniversary signature box set consisting of its five studio albums – "Vegas" (1997), "Tweekend" (2001), "Legion of Boom" (2004), "Divided by Night" (2009) and "The Crystal Method" (2014) – and a rarities collection that was previously unreleased.

Jordan retired from music in 2017, so Milwaukee’s concert was a solo performance for Kirkland, who still performs under the group’s original moniker. In 2013, he underwent surgery for a cyst in his brain, which delayed the release of the band’s self-titled album. Given Kirkland’s energetic Summerfest performance, it seems that the surgery hasn’t slowed him down much. 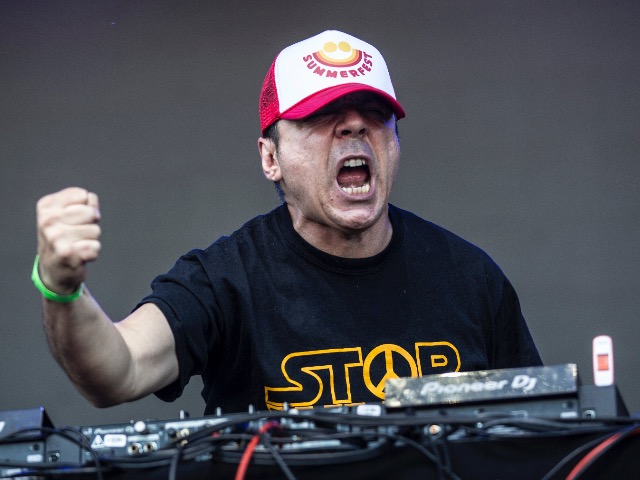 Kirkland appeared youthful in a tight black T-shirt with a gold "Star Wars" logo modified to say "Stop Wars" and what looked like white sunglasses worn backwards but was actually his headphones draped over his eyes. He mixed songs on several turntables, including "Busy Child," "High Roller," "Trip Like I Do" and lots of electronic and industrial favorites – including New Order’s "Blue Monday," Daft Punk’s "Around the World," Prodigy’s "Breathe," The Chemical Brothers’s "Sometimes I Feel So Deserted" and Nine Inch Nails’s "Closer."

Kirkland even treated the crowd to a clubby remix of Black Sabbath’s "War Pigs," complete with synthesizer loops and a frenetic beat.

The DJ and electronic musician remained animated throughout his set, turning knobs with gusto, using lots of hand gestures, and playing air guitar and air drums. It’s clear Kirkland loves to perform live – evident by the way he enthusiastically addressed the audience. 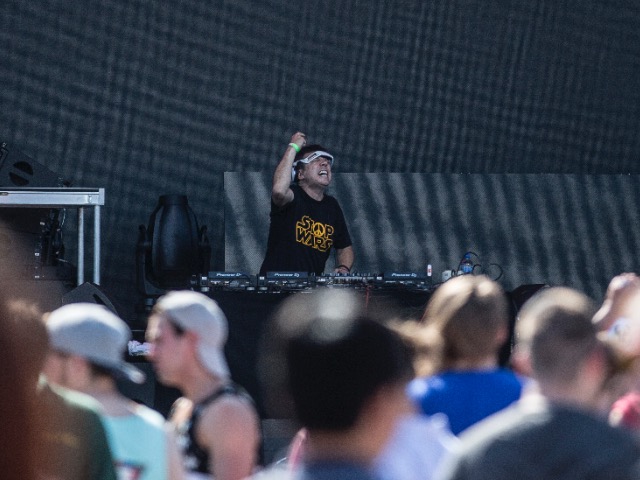 "I’ve been coming to Milwaukee for 20 years. This festival is one of my favorites," Kirkland proclaimed to the crowd.

Hopefully, he will bring his infectious beats back to Brew City for another 20.