There's a long list of reasons why folks in the Harambee neighborhood (and beyond) should be counting down the days until Daddy's second location opens on Holton Street and Concordia Avenue. And it begins with the concept of genuine hospitality.

Ever walk into a restaurant and get a warm, tingly sort of feeling? Kind of like a big, warm hug? Just swing open the door at Daddy’s Soul Food & Grille at 754 N. 27th St. and you’ll see exactly what we mean.

It’s in the banter you overhear as customers approach the counter.

"Are you here for the fish?"

And if owner, Bennie Smith is in the dining room, you’ll recognize him immediately. His eyes are clear and bright, and he’ll greet you like you’re a regular, even if you’re not.

That’s all to say: the allure of Daddy’s goes well beyond the home-style comfort food that’s being served (although that’s also worthy of note). It’s a place where everyone is welcome, and everyone is treated like family.

And it’s all a part of a long list of reasons why folks in the Harambee neighborhood (and beyond) should be counting down the days until Daddy’s second location opens in a new development at the corner of Holton Street and Concordia Avenue. 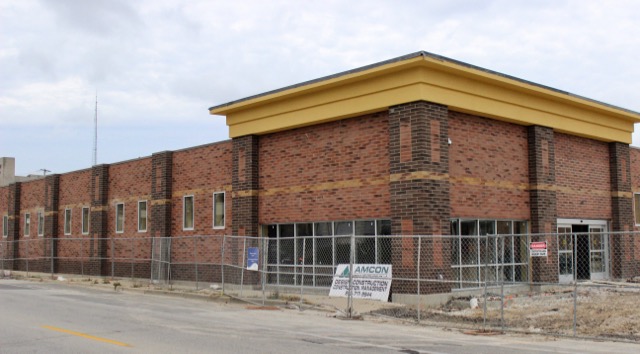 The new location, which is expected to open as soon as January, is a milestone for Smith and his 2-year-old restaurant, which he opened with his wife Angela on Nov. 15, 2014.

He says he remembers the day as clearly as if it just happened.

Business was slow at first, he says. "Some days, I’d let staff go home early," he says. "Or I’d give them two or three days off. But, then we started connecting with the community. And now we’re busy. My staff is begging for a day off."

And customers are begging for more of Daddy’s delicious food. That demand is part of the impetus for the second location, notes Smith, who says the kitchen space in the 27th Street location simply isn’t large enough to accommodate daily business plus catering.

"We still do catering, but it’s rough with the size of the kitchen," he says. "Sometimes we have to close up during breakfast to do all of our prep work."

Initially, Smith says, he was approached to take over a vacant fast food location on East Capitol Drive. But, when those plans fell through, Smith says it was a connection with Darryl Johnson, executive director of Riverworks Development Corp., that led to the new Holton location, which will serve as home base for catering operations, as well as providing additional prep space for the 27th Street location.

"Things really worked out well," he says. "We needed a bigger kitchen space, and with this location we were able to build what we needed from the ground up."

The restaurant itself, which will be called "Daddy’s on Holton," will focus primarily on carry-out, but will offer a few tables for diners who wish to eat there.

"We already do a lot of carry-out at our location," notes Smith. "It probably makes up about 70 percent of our business here. And there aren’t a lot of other restaurants doing soul food in that area." 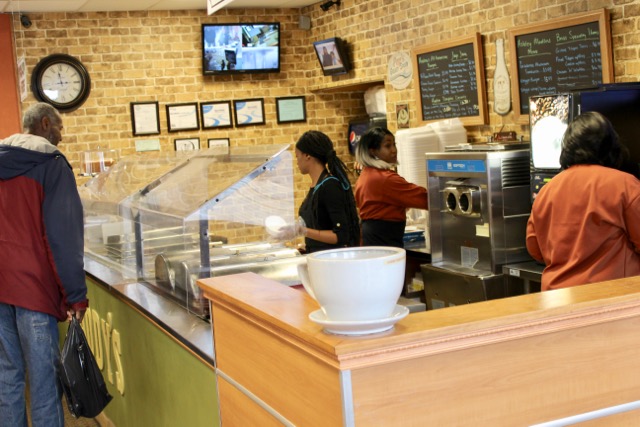 Smith’s daughter Ashley, who has worked at Daddy’s off and on for the past two years, says she’ll likely take on a more full-time position when the second location opens.

"It’s really exciting," she says. "When my dad first started the restaurant, he started with literally nothing, and he worked for it. And now, we have regulars that we know and love on a personal level ... so many people are looking forward to the new location. I live on the East Side, and I know a lot of my friends are really excited that they won’t have to drive as far to get their food anymore."

Ashley says the new location will have a slightly different look and feel. The intention, she says, is to make the space more art-themed by displaying work by up and coming young artists on the walls for people to purchase.

And, although the opening is still a few months away, Smith says he’s begun training current employees for management roles at the new location. But, he’s also looking for new employees – including dishwashers, front-line workers and cooks – to join his team.

"I won’t lie," he says. "I’m strict. But, a lot of our employees have been here from the beginning. People here work hard, but we also pay them well to be here."

And fair pay isn’t the only perk. According to Ashley, the family in the business extends to everyone.

"We’re all family here," she says. "We eat together. We go on vacation together. I’ve never had a boss who cares so much for his employees."

To inquire about employment opportunities with Daddy’s Soul Food & Grille, message the restaurant on Facebook or call (414) 448-6165.