There's a new Jeffrey Dahmer movie coming out ... with a Disney star in the lead

With true crime stories all the rage in Hollywood, it's actually surprising that it has taken this long to get around to a new movie about the case of Milwaukee's own Jeffrey Dahmer. But we're finally here - and with a surprising face in the lead.

With true crime stories all the rage in Hollywood, it's actually surprising that it has taken this long to get around to a new movie about the case of Milwaukee's own Jeffrey Dahmer. But it's finally happened – and with a surprising face in the lead. Well, maybe a surprising name; the face is ... well, more on that later.

Based on Derf Backderf's graphic novel of the same name, "My Friend Dahmer" tells the story of the notorious cannibal's high-school teenager years before his first killing. The script – adapted by Marc Meyers, who's also in line to direct – made Hollywood's famous Black List, a yearly list of the best unproduced screenplays out on the market, back in 2014.

Two years later, with OJ, Jon Benet and other cases popping back into the pop cultural spotlight, the movie is now en route, starring Anne Heche, Vincent Kartheiser of "Mad Men," Alex Wolff of the upcoming "Jumanji" update and in the title role ... 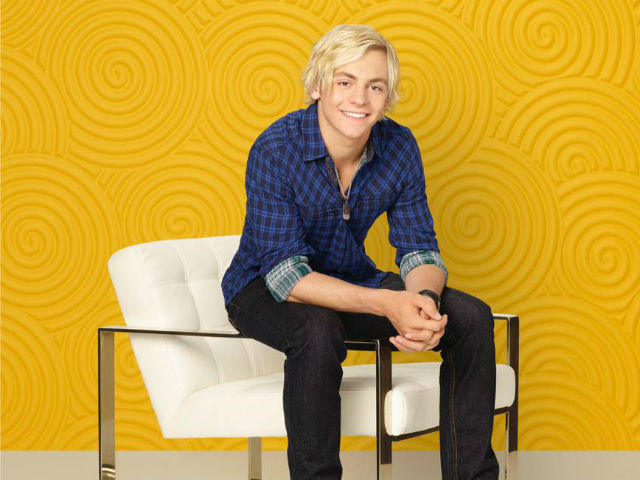 Huh. Well, that is an ... interesting choice.

For those over the age of 15, that's teen heartthrob Ross Lynch, star of Disney's "Austin & Ally" and both "Teen Beach" movies. He also performs in a pop rock band called R5. None of these details particularly scream perfection to play one of the nation's most infamous serial killers, but maybe the four-time Nickelodeon Kids' Choice Awards winner had a really great audition. Or maybe his agent knew how to pull some impressive strings. Or maybe ...

Oh, OK, I guess it all makes sense now – and also, is it really cold in here? Anyone else suddenly shivering a lot?

"My Friend Dahmer" will be far from the first time the killer's been brought to the big screen. "Jeff: The Jeffrey Dahmer Files" a documentary – shot in Milwaukee – about the case, hit SXSW and the Milwaukee Film Festival in 2012, and back in 2002, a young, then-unknown Jeremy Renner played the notorious title role in "Dahmer." The movie didn't do particularly well, but Renner's career began to take off after the breakthrough role. One imagines Lynch hopes for a similar impact – or probably at least a clear move away from Disney Channel projects into more adult roles, as he ages out of the kids brand.

The movie, which was mostly filmed in Dahmer's childhood home in Akron, has no exact release date yet, but it appears to be headed for theaters sometime in 2017.