Dan Rodriguez, a musician from Minneapolis who has played twice a day on the volunteer Summerfest Tiki Stage for nine years, will get his big break on Friday at 8 p.m. when he and his band open for OAR on the Briggs & Stratton stage.

Dan Rodriguez, a musician from Minneapolis who has played twice a day on the volunteer Summerfest Tiki Hut Stage for nine years, will get his long-awaited break on Friday at 8 p.m., when he and his band open for OAR on the Briggs & Stratton Big Backyard stage.

"This is something I've wanted for a long, long time and it finally happened," Rodriguez says.

Over the years at Summerfest, Rodriguez attracted a large, dedicated group of fans. (Dare we say "cult following?" Sure, why not.) His rich voice, skilled guitar playing and genuine personality are at the core of every performance, but one song in particular – called "The Douchebag Song" – seems to resonate with the audience the most.

"I wrote that song because some friends and I were talking about guys who do certain things tend to be ‘douchebags,’ but then another friend pointed out that we don't know these guys and we’re judging them which makes us douchebags, too," says Rodriguez. "Basically, we’re all douchebags. Some of us are just more douchey than others."

The song does not appear on his five albums and serves as a live-experience only.

And although Rodriguez doesn't wanted to be known as the "douchebag song guy," it is his most requested tune at shows. During the song he points out traits he finds to be "douche" trademarks, like pencil-thin beards, sending unsolicited photos to women, wearing sunglasses at night and exclusively drinking Grey Goose vodka.

Rodriguez grew up in Pontiac, Michigan, with Christian Separatist parents who homeschooled their six children.

"It was interesting. Loving and strange and supportive," says Rodriguez. "I am the person I am today because of how I grew up and I would never try to change it."

As part of their homeschooling curriculum, the Rodriguez kids were required to play an instrument. It didn't matter which one, but each had to commit to studying music. Rodriguez started with piano, then violin and eventually settled on guitar and voice. He is also a skilled drummer. 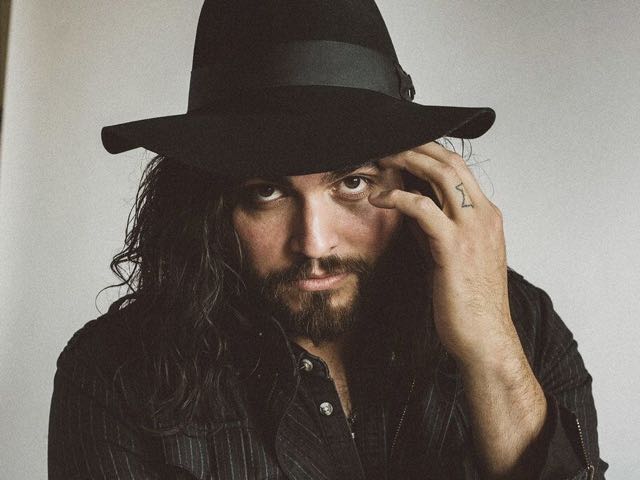 Today, he and his wife have a son, Oak, who is 2 1/2 and already playing ukulele. He sometimes joins his dad for a song or two on the Tiki Hut Stage.

Rodriguez and his family stay at a Downtown hotel during Summerfest and then return to Minneapolis for the remainder of the year, when he works as a full-time musician and music writer for Peer Music publishing company. He also operates his own recording studio, The Lodge.

In March of this year, Rodriguez had another dream come true when he performed at the Bar City Theater in Minneapolis. As a teenager he worked at the venue and one of his responsibilities was to change the names of the musicians on the marquee.

"Every time I put a new name on it I’d think to myself, 'someday, someone is gonna be on a ladder putting my name up here,’" he says. "And then it just happened. I really feel like multiple dreams are coming true after 10 years of working really hard."

Rodriguez hopes his show with OAR on Friday is the first of many he plays on the larger stages at Summerfest. He also believes his fans were instrumental in helping him land the gig.

"Last year I created a Facebook event called ‘Help Dan Rodriguez Break Into Summerfest,’ and I asked my fans to all come down on one particular day to catch one of my sets at Tiki," he says. "I also invited people from Summerfest to see the kind of crowds I could draw. The place was so packed that shuttles carrying musicians to other stages couldn’t get through.

"It was an amazing moment for me and I could not have done it without the people who have come to see me all these years."

Stay tuned to Dan Rodriguez's musical adventures by liking him on Facebook.

Generac steps in to sponsor former Harley stage at Summerfest

8 local companies we nominate for the new Summerfest stage

Harley sponsorship at Summerfest comes to an end

Revamped Summerfest kids area will be an accessible community park