Sadly, there is plenty of parking on the dancefloor in Downtown Milwaukee these days. Hard as it is to believe now, there have been a number of happening rock and roll joints in the heart of the city over the years. Here are a few of them...

Sadly, there is plenty of parking on the dancefloor in Downtown Milwaukee these days. Hard as it is to believe now, there have been a number of happening rock and roll joints in the heart of the city over the years. 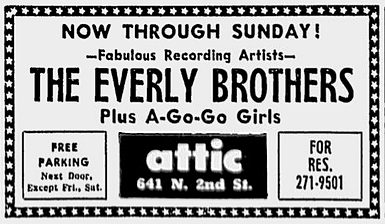 Though jazz was often on the bill (including Count Basie, Dave Brubeck, Woody Herman and Stan Getz), The Attic – opened in part of the old Merrill Theater in April 1965 by Zoy Maholias and his father James – also booked classic rock and rollers like Jerry Lee Lewis, Chuck Berry, The Platters and The Everly Brothers throughout the 1960s. You could also see hitmakers like Johnny Rivers, Neil Sedaka and Bobby Sherman at the club, which was later described by a Journal reporter as a "cramped little cabaret." Around 1973, Maholias was forced to move the club and re-opened on the far northwest side as The Attic West. The building was erected in 1915 to plans by Brust and Philipp. 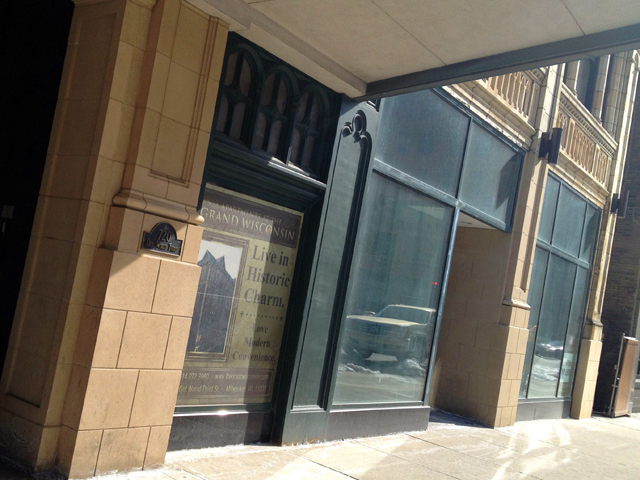 The C-Club, in the basement of the Hotel Wisconsin, was an out of time disco lounge, for lack of a better description, that during the 1980s hosted things like punk gigs (Circle Jerks, Die Kreuzen), touring reggae acts (Joel Johnson and Tony Brown booked Burning Spear, The Meditations, Mighty Diamonds, Michael Rose and others there in 1984-85) and ska record spins by local celeb Paul Finger. The one time I played on the stage, we were preceded by topless dancers. Where there was once an entrance to go downstairs, there is now the "Live in Historic Charm" poster seen in the photo above. In 1966 it was home to the Five Fingers teen club – with local bands and caged go-go dancers – run by Burt Sinagub and Larry Tarnoff. 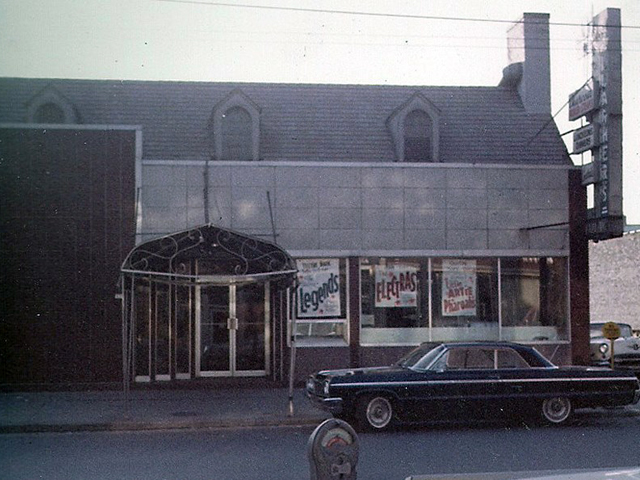 This early 1960s club also served food, and in 1964 sent its lawyer to D.A.'s office to argue it was more a restaurant than a tavern and that minors should be allowed entry. Any remains of the place now sit beneath the lobby of the Hyatt Regency, and I defer to Milwaukee ex-pat and veteran musician, Gary Myers, who performed at numerous Milwaukee venues: "Gallagher's had a younger crowd, always local rock and R&B bands, to my knowledge." Gallagher's also hosted touring and local jazz artists, as well as more cabaret-like fare, including, in 1961, Hildegarde and Bing Crosby's son Gary. Crosby was booked to appear for more than a week but ended up in debt to the club after he walked out during the engagement, a charge leveled at him by more than one venue in more than one town, apparently. 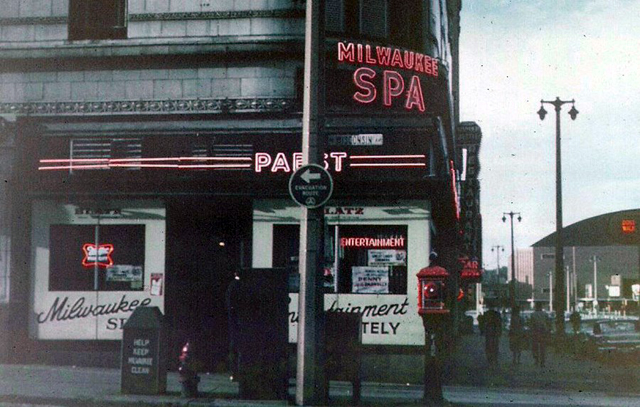 For these 1960s clubs, of which The Spa (open in the early 1960s) preceded The Penthouse (open by '66), I again turned to Myers, who performed at both venues:"During the time that I played in and around Milwaukee – roughly 1962-'66 – The Spa (also called the Highlife Spa for a time) had mostly local or regionally touring rock or country bands and a generally older crowd. When it became The Penthouse they apparently expanded into the place next door and knocked out a wall, as it was larger than The Spa. Seems to me it might have later become The Spa again, but I wasn't around at that time. They had the Fendermen for a week or two about six years after their hit (1960's "Mule Skinner Blues"), so they presumably might have also had other touring bands, perhaps some with a bit of name." Later the space became the Voom Voom Room strip club. 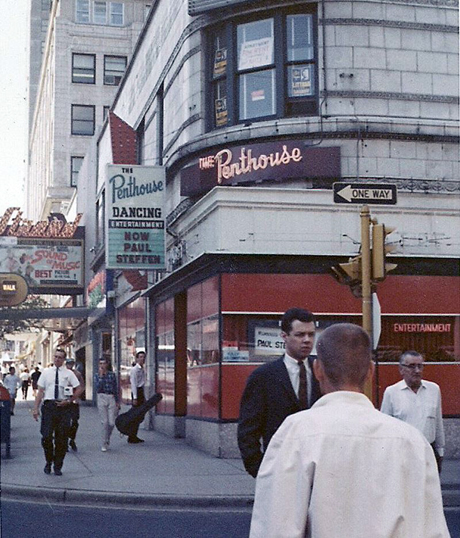 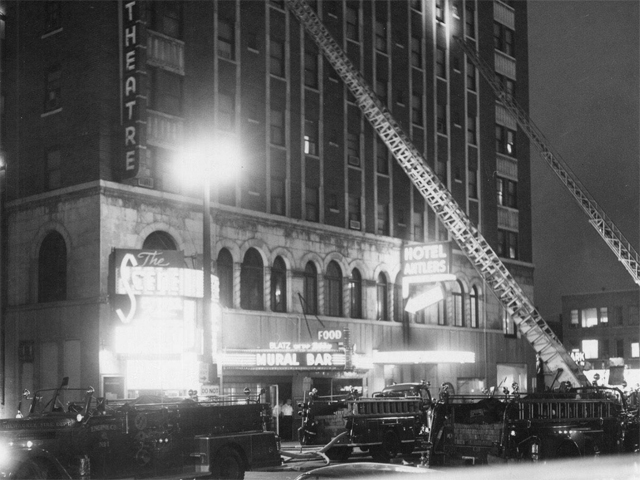 You can see The Scene in this photo of a 1966 fire at The Hotel Antlers. (Photo: Milwaukee Public Library)

Much like The Attic across the street, The Scene – which opened in 1965 in the old Hotel Antlers on the east side of 2nd Street – hosted an array of acts, including ‘50s rockers like Chuck Berry and Little Richard, jazzmen like Miles Davis, and contemporary acts like the Steppenwolf, Blue Cheer, Frank Zappa and the Mothers of Invention, Cream, Rod Stewart ("with the Small Faces" according to one ad), Savoy Brown, The Allman Brothers band and others. Jimi Hendrix played there in 1968. Elvis Costello and the Attractions played there in 1978 long after it had become the  Centre Stage Dinner Theater. That same year, you could've seen BB King and comedian Gabe Kaplan (Mistah Kotter!) before the place closed amid issues of capacity and overcrowding. The building was torn down in 1980. 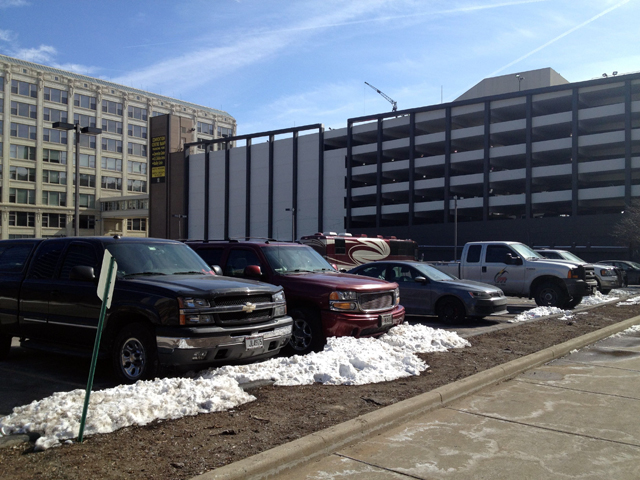 Read about this landmark punk and new wave club, which lasted but two years, here. The building is gone. Here's the poster from the club's opening weekend, courtesy of Clancy Carroll... 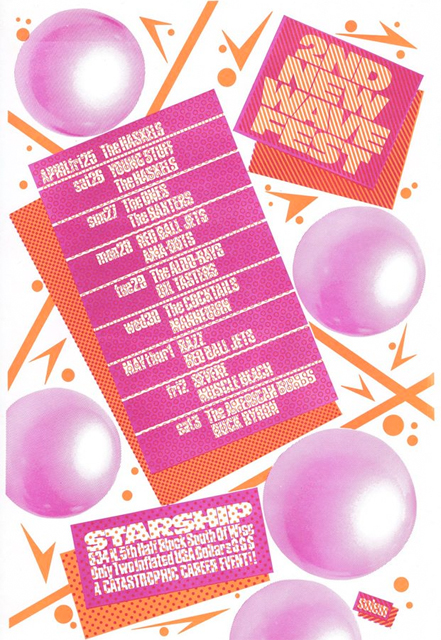 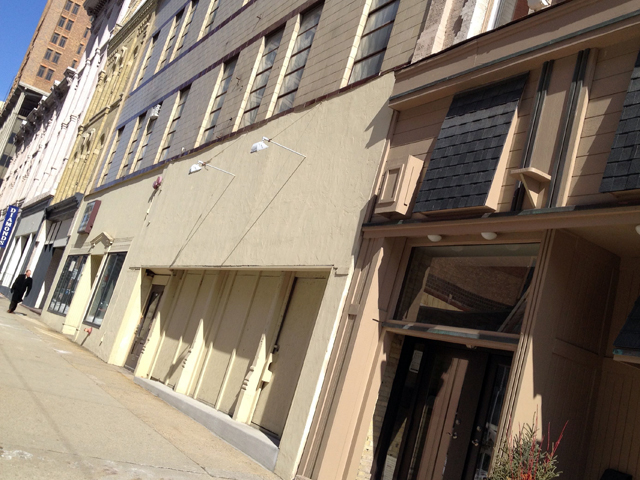 Joe Balistrieri began hosting local and national blues and rock acts as early as the dawn of the 1970s at the Stone Toad. By the mid-'70s, the Stone Toad had a disco downstairs (rebranded in 1978 as Todd's, where a high school biology teacher moonlighted as Disco Betty, spinning records) and live music upstairs. The club endured under a few name variations – like The Toad and then The Toad Cafe – for a couple decades, with new owner Bev Manthey in later years; long enough to stage concerts by Babes in Toyland, L7, Trip Shakespeare and The Silos, among others.  Balistreri went on to run Alpine Valley and the Riverside and now owns and operates The Rave.

The Underground (versions 1 and 2) 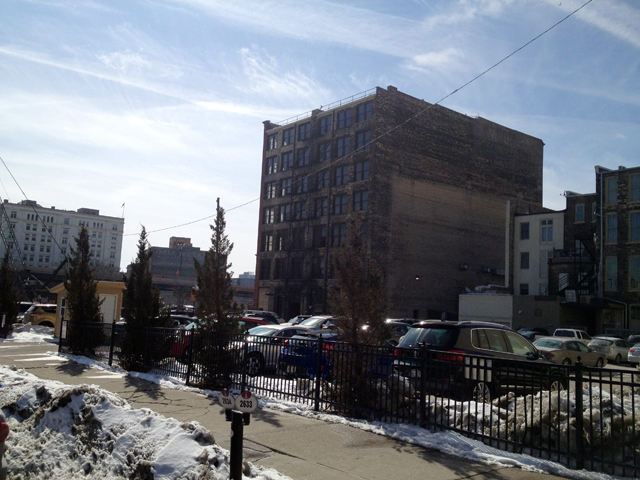 Tony Selig opened the tiny subterranean Underground in 1984 on the west side of Broadway between Michigan and Clybourn. The place had an amazing vibe and you had to cross the "stage" to get to the bathroom. By mid-1986, he moved above ground, opening a few doors south in a the sprawling former Papagaio’s (where others had booked a few gigs, too, including Shank Hall's Peter Jest, who booked The Replacements in 1985), 515 N. Broadway (called Club New York by 1987). Here he hosted the likes of Die Kreuzen, Del Amitri, Henry Rollins, The Jazz Butcher and Sonic Youth. "There used to be a lot of plastic plants hanging in here," Selig told a newspaper reporter when he took over the space. "We got rid of those." Both buildings have since been razed. Soon after The Underground closed, Selig opened the short-lived Omnibus nightclub (who booked Fishbone, Anthrax and New Model Army, among others) at the Eagles Club. That venture closed in 1989. 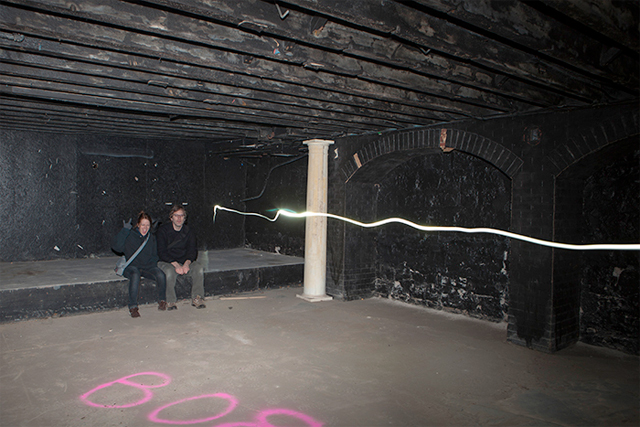 Gus Hosseini opened The Unicorn in the old Lost Dutchman's Mine in March 1984 in the maze-line basement of the Sidney Hih building – now gone – and hosted Nirvana, Soundgarden and the Smashing Pumpkins in its tiny space, ensuring its legendary status. Also gracing its stage: Deftones, Brand New Heavies, The Mighty Mighty Bosstones, NOFX, Rev. Horton Heat, The Smithereens and many others. There’s an incredible gallery of photos taken just before the building was demolished – along with a great related blog post – at Fading Nostalgia. The club closed in the second half of the 1990s and Gus moved his nearby restaurant, Gus' Mexican Cantina, first to Van Buren Street, and then to Franklin, where it still operates.

Over the decades, this spot was home to a string of clubs and bars, including The Tunnel Inn, the Elbow Room, The Whisky-A-Go-Go, The Grog Shoppe and Waterfront Pub, all of which had live music. The last three, during the rock and roll era and the Whisky was Milwaukee's first "discotheque." Read a lot more here. 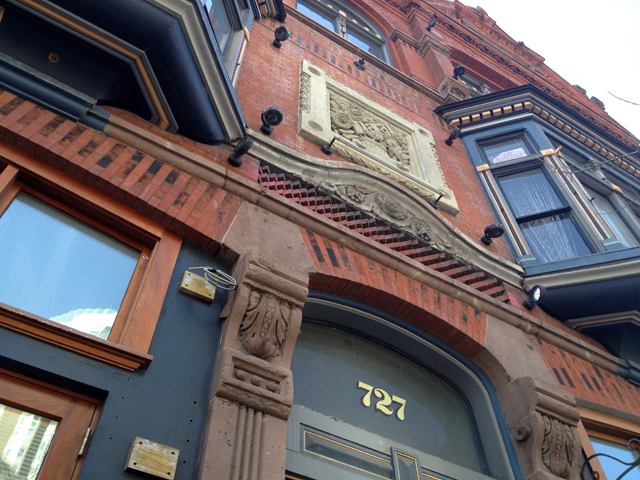 Read all about the short-lived all-ages punk club, Yano’s, and how Milwaukee police shut it down, here. 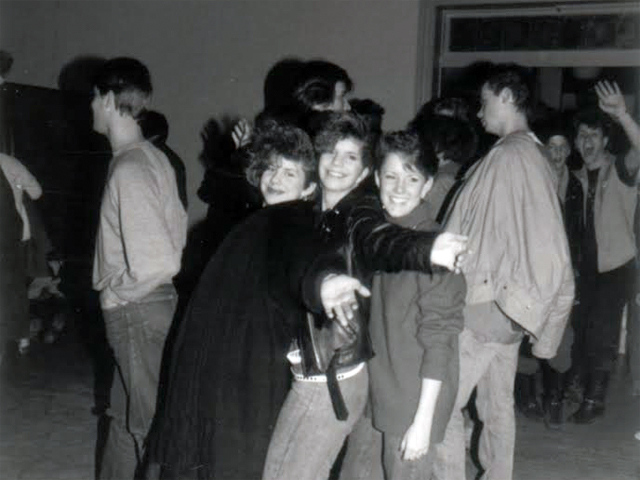 For a look back at Milwaukee's jazz clubs, including some Downtown, click here.