There was a double-whammy alternative rock extravaganza atop the Summerfest bill Friday night as The Killers headlined the American Family Insurance Amphitheater and Death Cab For Cutie opened. You should've been there.

There was a double-whammy alternative rock extravaganza atop the Summerfest bill Friday night as The Killers headlined the American Family Insurance Amphitheater and Death Cab For Cutie opened.

You should've been there.

If you thought the day's stifling heat would've sapped the performers' energy, or the crowd's, you would be sadly mistaken.

Both bands performed great, high-octane sets – DCFC in the light of day and The Killers once the sun went down – and here are five reasons (in no particular order) you'll kick yourself for missing the show if you didn't make it down: 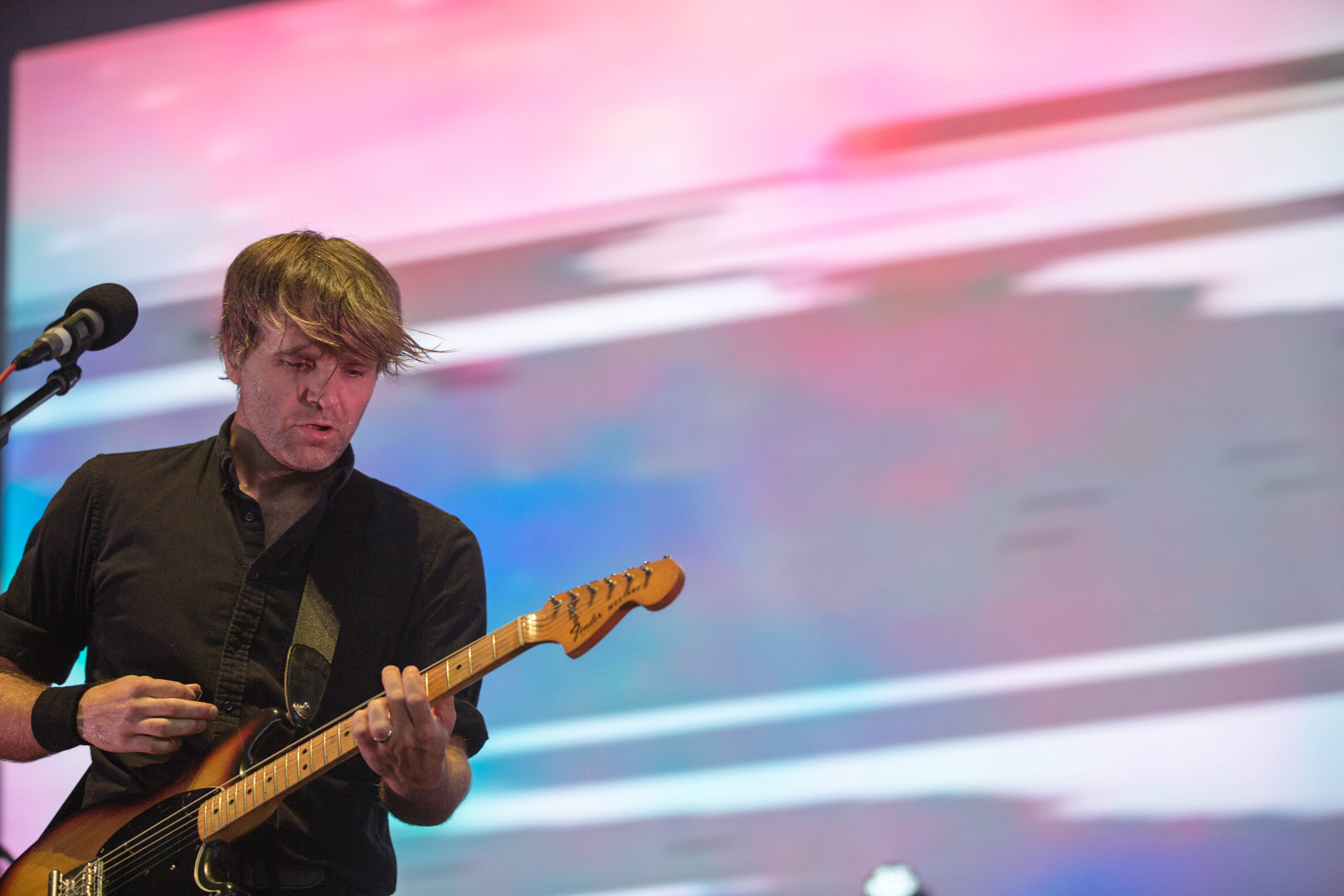 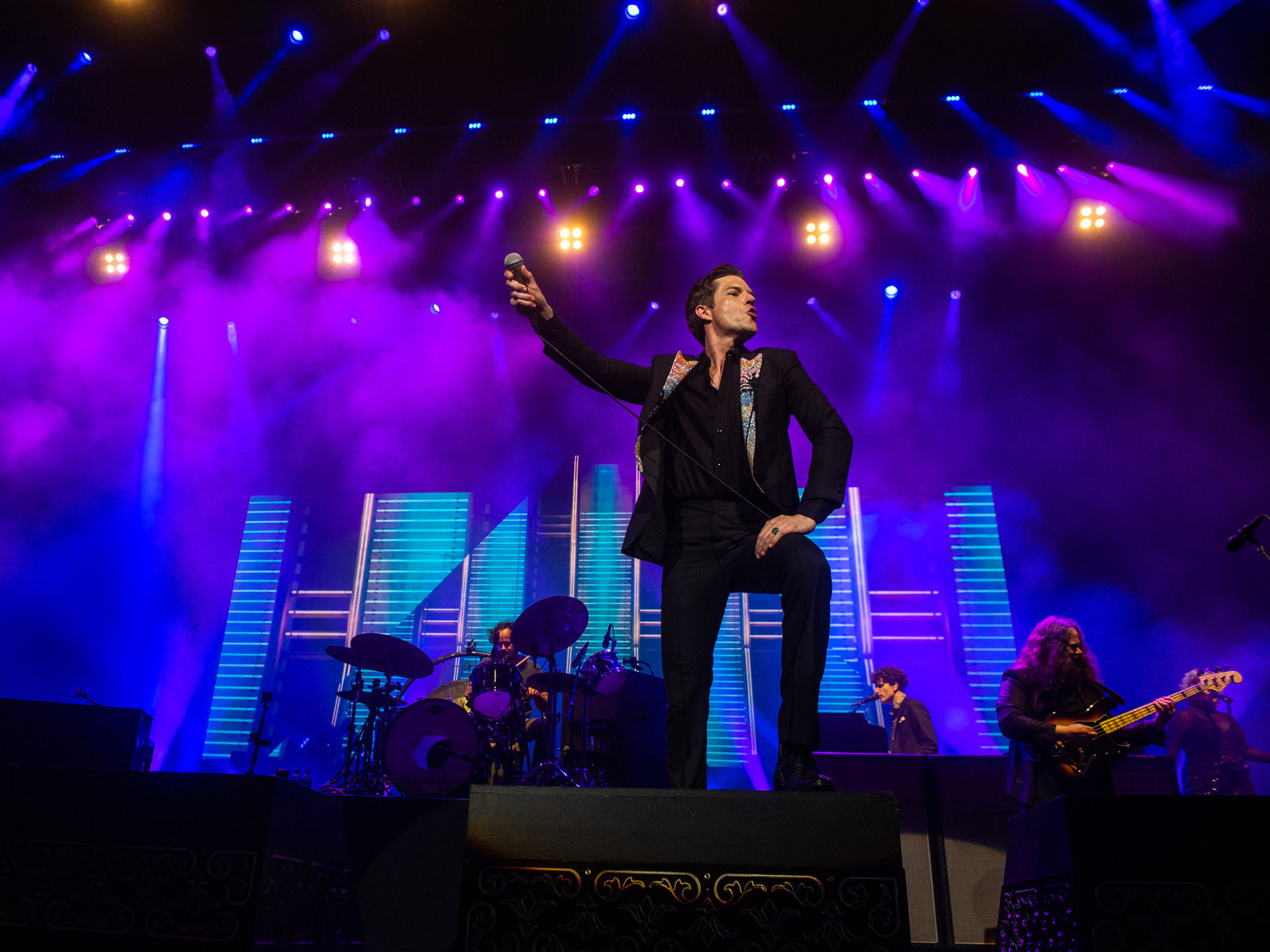 If you missed this legendary alt-rock outfit at The Rave in December, you got another chance Friday night at the Big Gig, as the band continues to tour behind "Thank You For Today," its ninth studio record and the first without long-running member Chris Walla.

Even without Walla’s guitar work, the record is one of the band’s best, bolstering a lyrical maturity with tuneful songs and breezy guitar-focused production.

At Friday night’s show, however, the band almost entirely ignored the latest record during its hour-long performance, playing only "Northern Lights" and "Gold Rush" from it, but peppering the set with older favorites like "The New Year," "Crooked Teeth" and "Soul Meets Body."

The crowd cheered and applauded cheerfully after each tune, but few seemed to be all that invested in the show, mostly chatting and checking phones during the set. It was clear the audience was really there to see ... 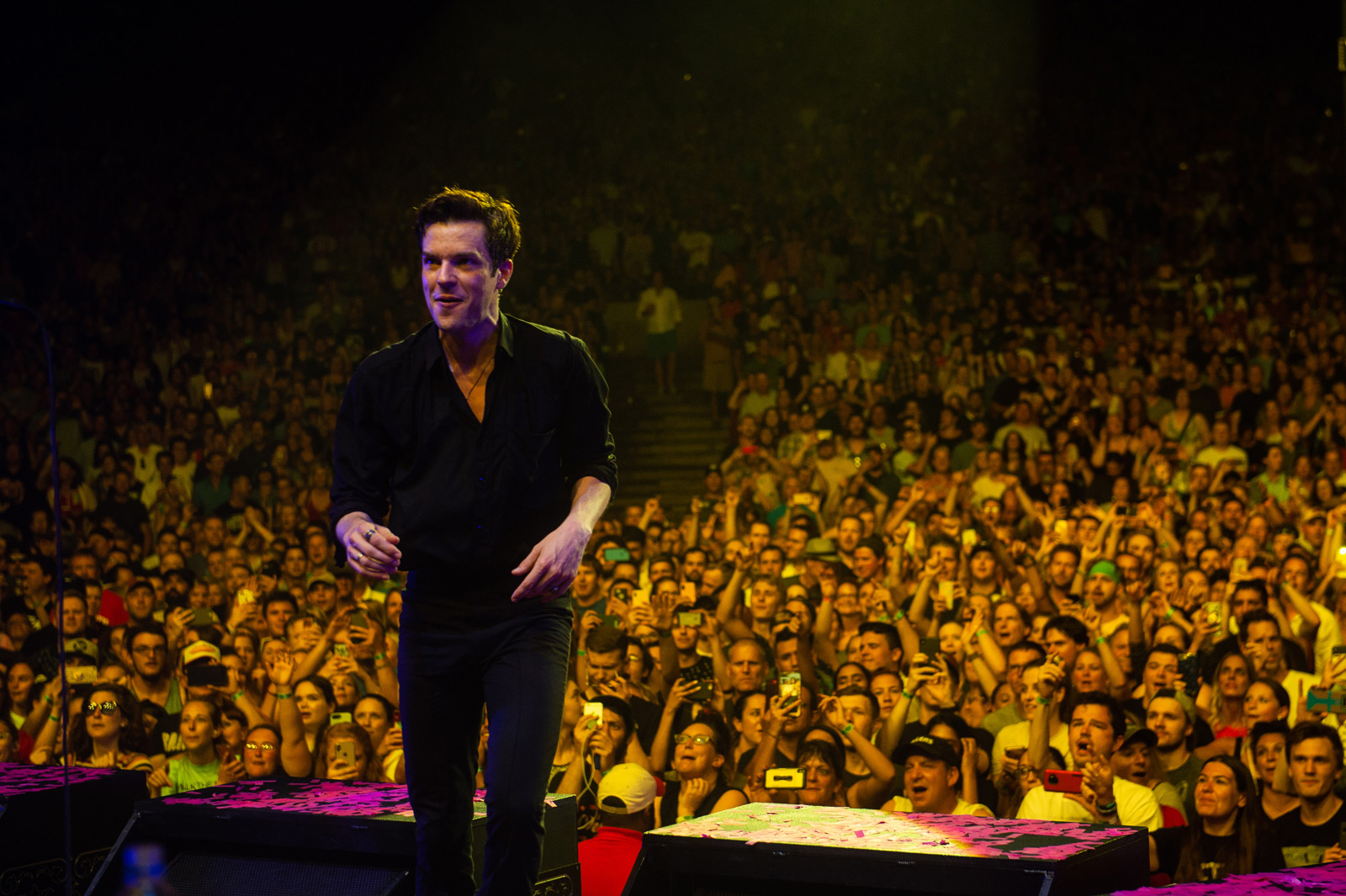 Also back in town after a relatively recent performance, The Killers reprised their September 2018 gig that opened the new Fiserv Forum with a bang.

Fresh off a triumphant appearance at Britain's legendary Glastonbury Festival last week – where The Killers were, in the words of The Guardian, "genuinely victorious" – at Friday's show singer Brandon Flowers noted that the Summerfest gig was the first the band played since Glastonbury, saying much to the delight of the packed house, "If you really wanna know where our heads were at at Glastonbury, we just saw it as a rehearsal for Milwaukee tonight."

The band, on fire – tight as can be, with the energetic Flowers engaging the audience at every turn, prancing from one end of the stage to the other, stopping only to plonk on the keyboards set up center-stage – fueled a crowd that returned the gesture by singing along full-throatedly on nearly every chorus.

All the hits were there and one – "Human" – got two airings, but no one seemed to mind. Everyone was too busy singing along.

From the opening music that welcomed The Killers onstage – The Violent Femmes' "American Music" – to the band's guitarist Ted Sablay, who is from Fond du Lac and whose first concert was seeing INXS in the Amphitheater during Summerfest, to fan Hannah (pictured below with Sablay), who was brought up out of the crowd to play bass on "For Reasons Unknown" – which she did with great skill, to the delight of the band and the crowd, which broke into a chant of "Hannah, Hannah, Hannah" when the song was over – Wisconsin was everywhere at the show. 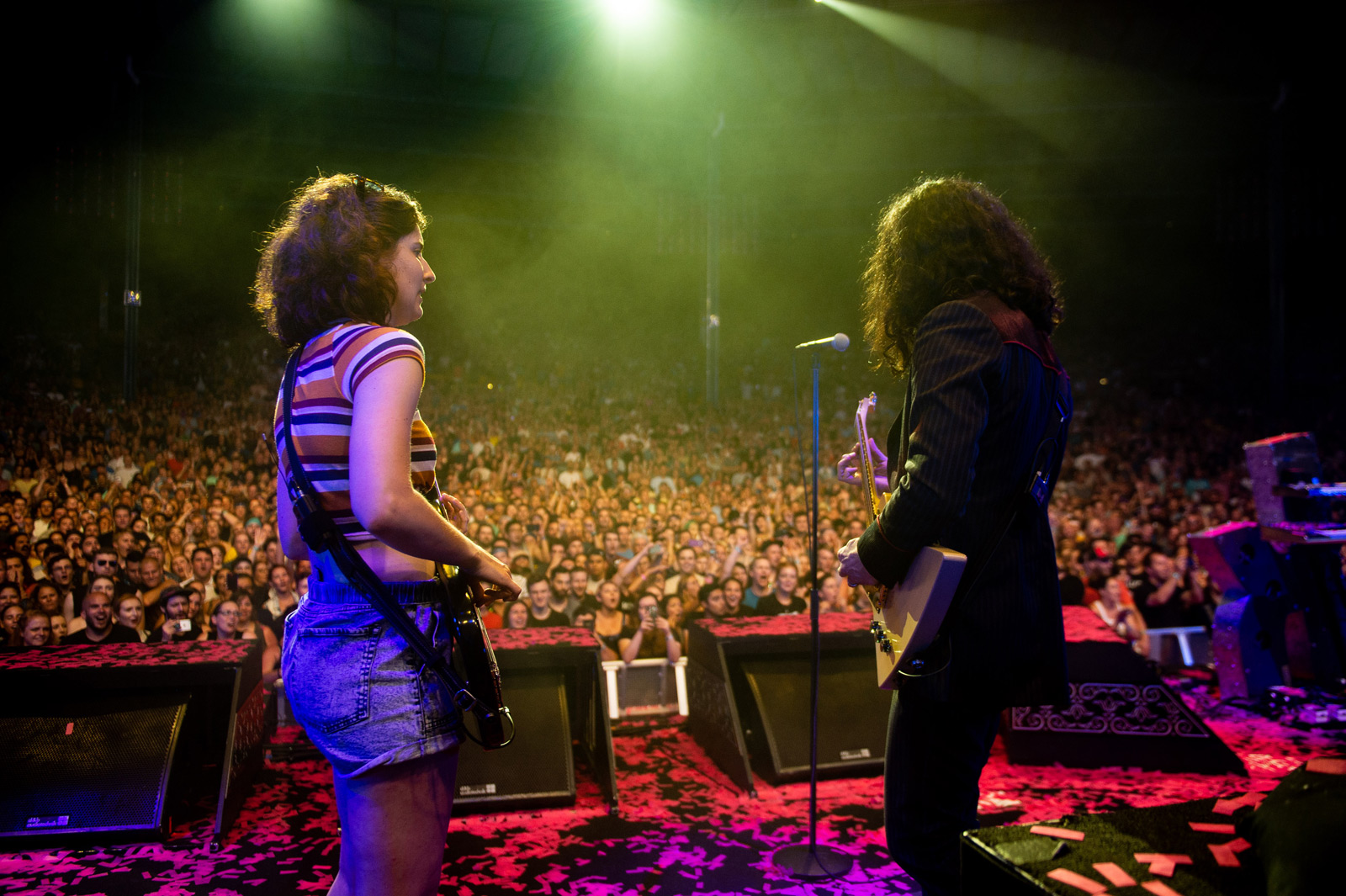 4. It was the only real rock show on the Amp this year

With the cancellation of, first, Ozzy's headline appearance on July 4 and then the fill-in Megadeth show the same night, Friday's double-header was the only real rock and roll show on tap at the American Family Insurance Amphitheater at this year’s Summerfest, even if it wasn't exactly the same crunchy affair Ozzy and Megadeth would've provided.

Sure, Counting Crows opened for Willie Nelson and Bon Iver played a guitar, but if wanted a thumping 4/4 and the amps turned up to 11, this was as close as you were going to get –  and it was pretty close at times, as The Killers' rhythm section (Hannah included) kept the house pulsing for nearly two hours.

5. Time is running out

It may be hard to believe, but the 11 nights of the Big Gig are winding down, with only headlining performances by Billie Eilish and the tandem of Lil Wayne and Snoop Dogg remaining in the Amphitheater. Better get a move on.