A newly constructed boutique hotel will be the next development in the 30-acre Deer District in the former Park East corridor west of the river.

A newly constructed boutique hotel will be the next development in the 30-acre Deer District in the former Park East corridor west of the river.

The Milwaukee Bucks announced Wednesday that one of Marriott International’s Autograph Collection of independently owned upscale and luxury hotels will be constructed directly north of the Fiserv Forum on open land at Juneau and Vel R. Phillips Avenues.

The Bucks will lease the land to Madison-based North Central Group (NCG), which will develop the building and own and operate the hotel, which is projected to create several hundred construction jobs and roughly 100 permanent jobs.

Construction is expected to begin on the yet-to-be-named hotel in fall of 2021 with an eye toward an early 2023 opening. 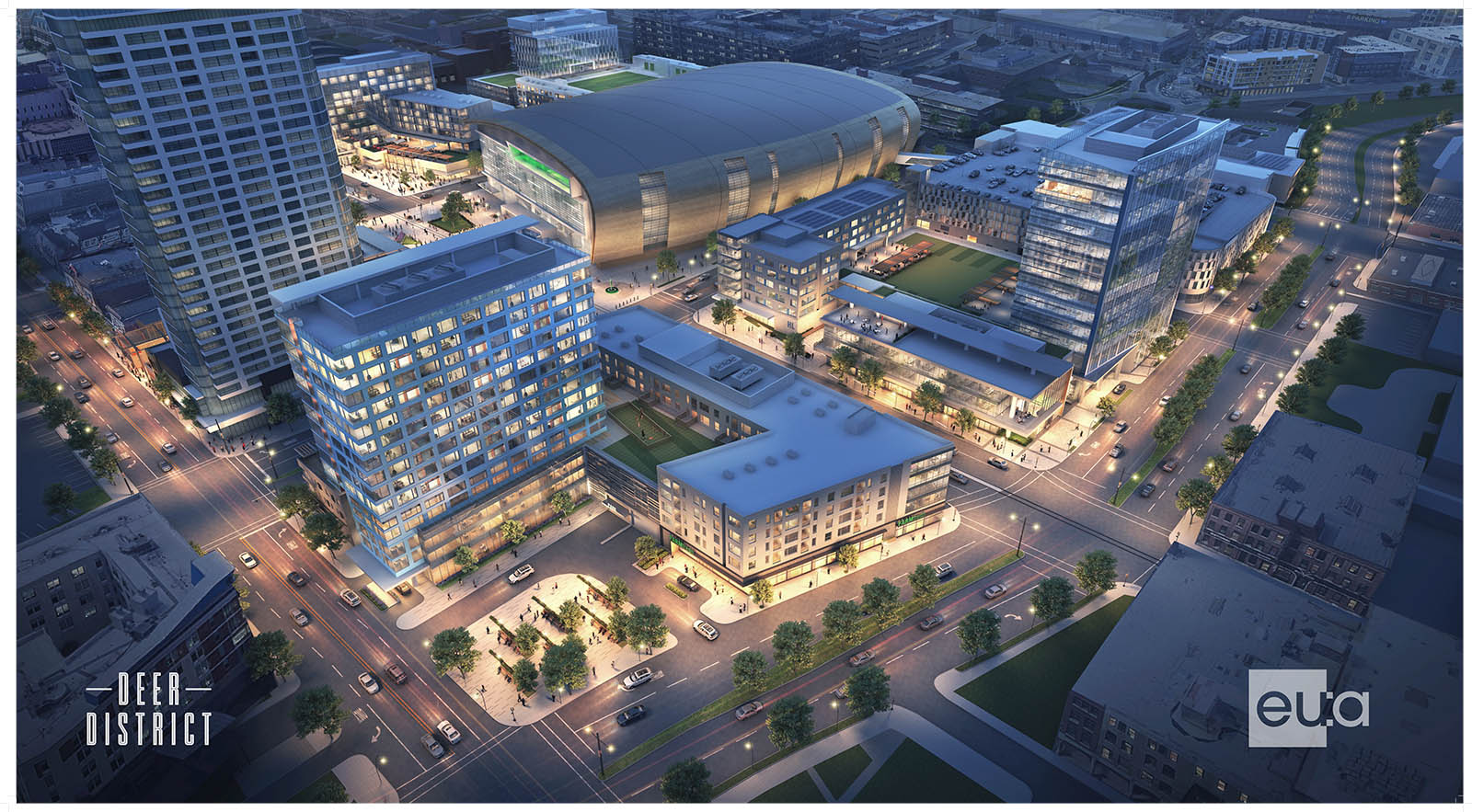 "This will be one of the premier hotels in Milwaukee with an ideal location and will further enhance Deer District as a year-round destination" said Milwaukee Bucks and Fiserv Forum President Peter Feigin in a statement.

"We’re grateful to work with NCG, a fantastic Wisconsin-based partner with a proven record in the hotel management industry, to bring a first-of-its-kind, preeminent boutique hotel to Deer District."

Renderings of the hotel, created by Eppstein Uhen Architects, show the location and approximate size of the hotel but, according to the Bucks, do not necessarily show how the hotel will actually look when it's done. (The renderings also show buildings on the two vacant blocks that have not been announced and are, presumably, theoretical.) 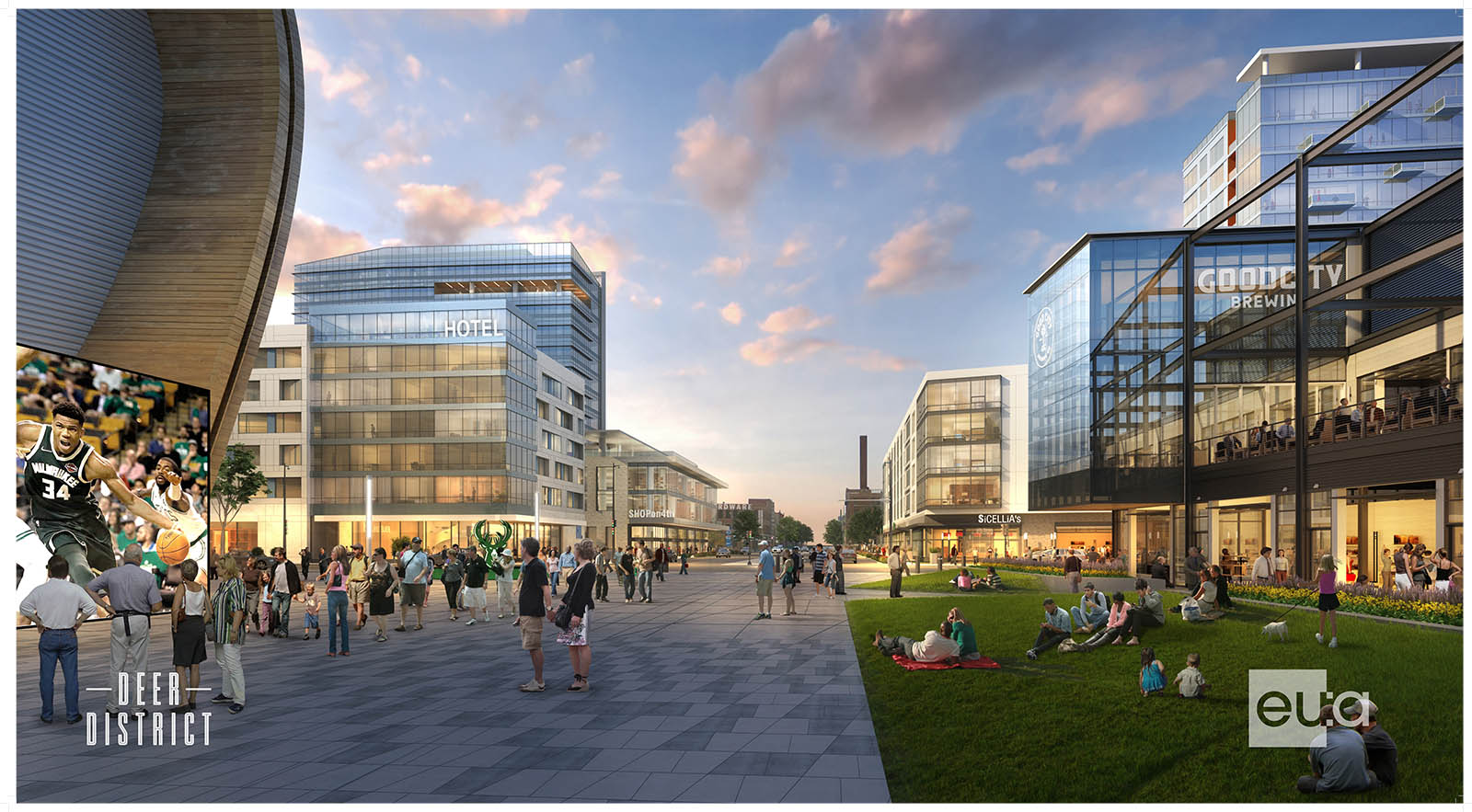 The hotel is expected to have about 200 rooms and a tech-heavy emphasis with mobile check-in and check-out, keyless entry, motion sensor lighting, in-room internet TV with Netflix, YouTube, Hulu, Pandora and Crackle, abundant power and USB outlets, and "furiously fast and free Wi-Fi for ultimate connectivity."

Multiple food and beverage venues are planned, including "an elevated restaurant and bar/lounge area," meeting rooms, and an outdoor terrace and plaza.

"We are thrilled to be partnering with the Milwaukee Bucks organization to bring an exciting new hotel experience to the fabric of Deer District," said NCG President and Chief Development Officer Jeff Lenz. "The hotel will allow visitors and locals of Milwaukee to enjoy the best of what the area has to offer."

The hotel will occupy one of two full square blocks that have been empty since the demolition of the Park East freeway in 2002-03 and the so-called Sidney Hih building on King Drive and Juneau Avenue in 2012. 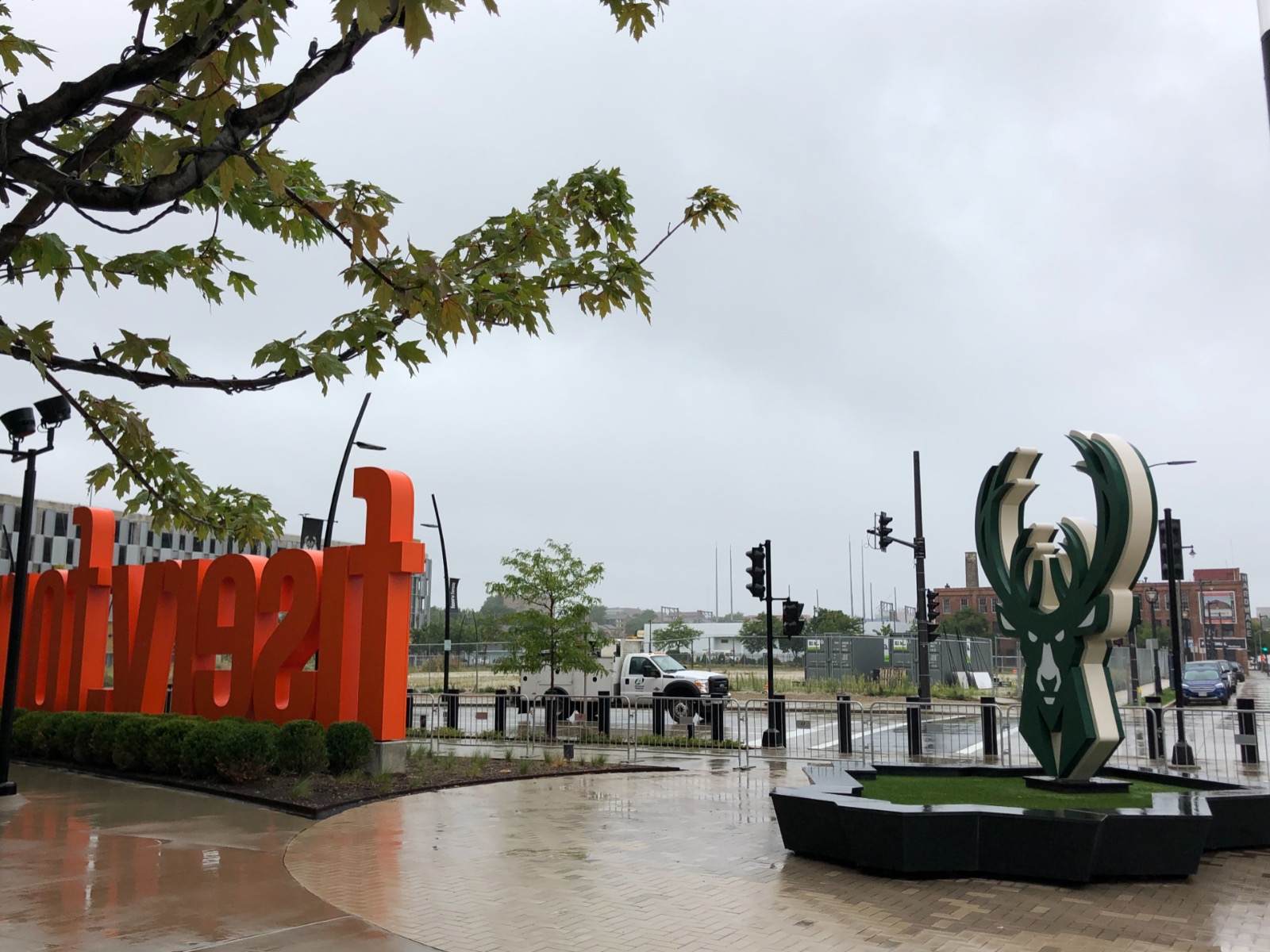 The development of Fiserv Forum has spurred a number of developments along the corridor.

Added Milwaukee County Executive David Crowley, "I couldn’t be more excited to welcome this partnership and the addition of a brand-new hotel experience to Deer District. I’m happy to see a continued investment and new job opportunities being created in the area. Deer District is already a favorite destination for county residents and the addition of a new hotel experience will allow visitors from all over to enjoy the gems of the city that we all know and love."

There are currently two Autograph Collection hotels in the state: the Hotel Metro and Green Bay's Hotel Northland.