Greendale will soon be the home of two new complementary venues, each of which aims to deliver on on both deliciously different fare and the atmosphere to match.

Greendale will soon be the home of two new complementary venues, each of which aims to deliver on both well-executed fare and the atmosphere to match.

Mike Drilling of the Drilling Restaurant Group, who also operates Panther Pub & Eatery, 5651 Broad St., is behind the new project, which is slated for opening in September at 6601 Northway, a former office building just a block North of the pub.

Dia y Noche, which means day and night, is the name of the synchronistic dual concept, which includes a cafe and bakery along with a full-service restaurant that will serve dishes from Central America, South America and the Caribbean.

And thanks to Drilling’s vision and the work of partners including Dan Beyer Architects and Braatz Building both concepts will be accompanied by an experiential dining experience that rivals some of the best in Greater Milwaukee.

"The goal," says Drilling. "Is to deliver on not only the food, but on the service and the experience." 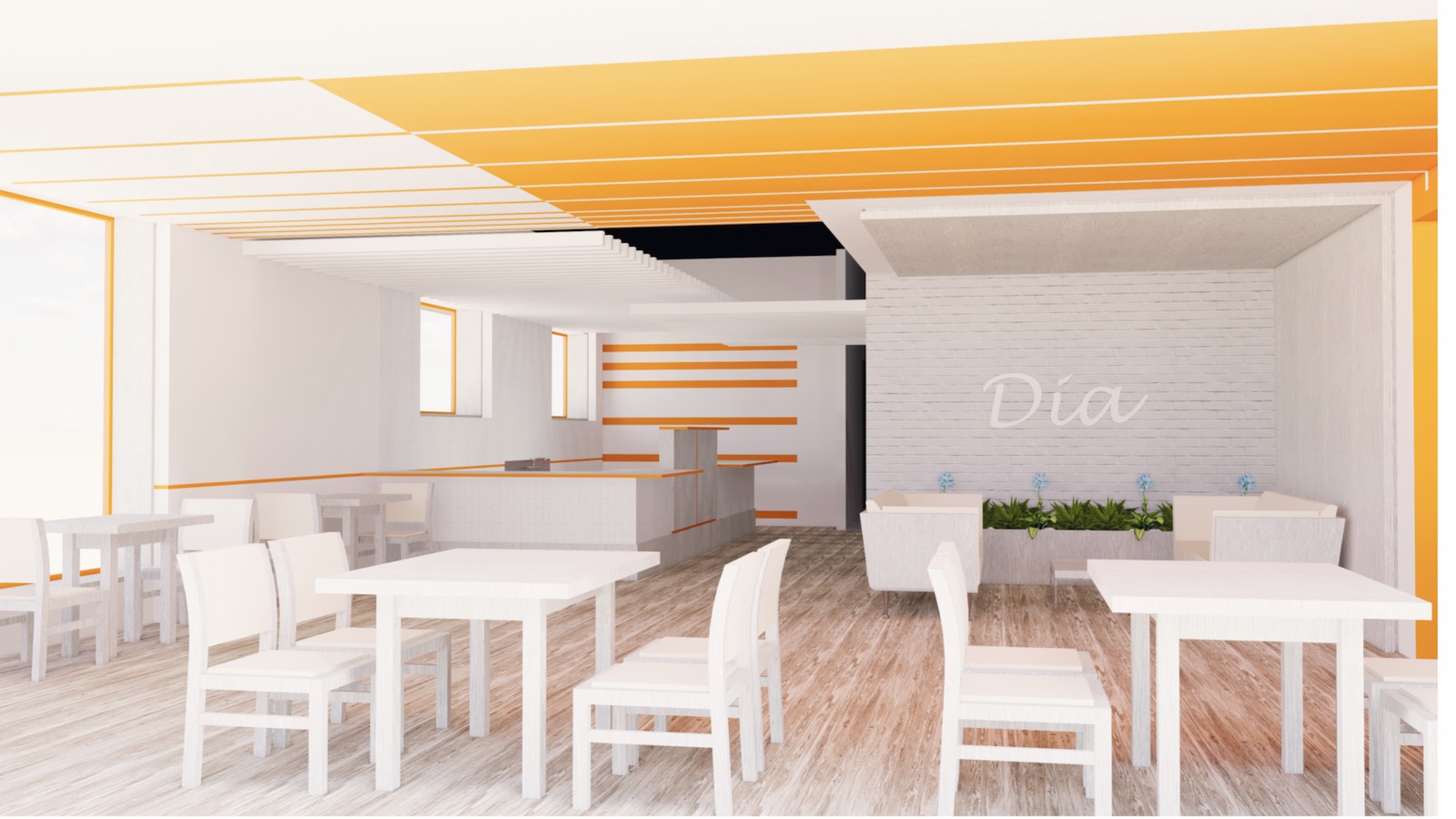 Dia, a cafe which occupies about 1,000 square feet in the renovated building, will offer a bright, welcoming ambiance along with a menu of innovative bakery and light breakfast items. Beverage service will include items like smoothies, tea and full coffee service.

In keeping with the concepts’ overall theme, Drilling says he’ll collaborate with a local coffee roaster to source and roast coffees from Latin America and Central America expressly for the cafe. 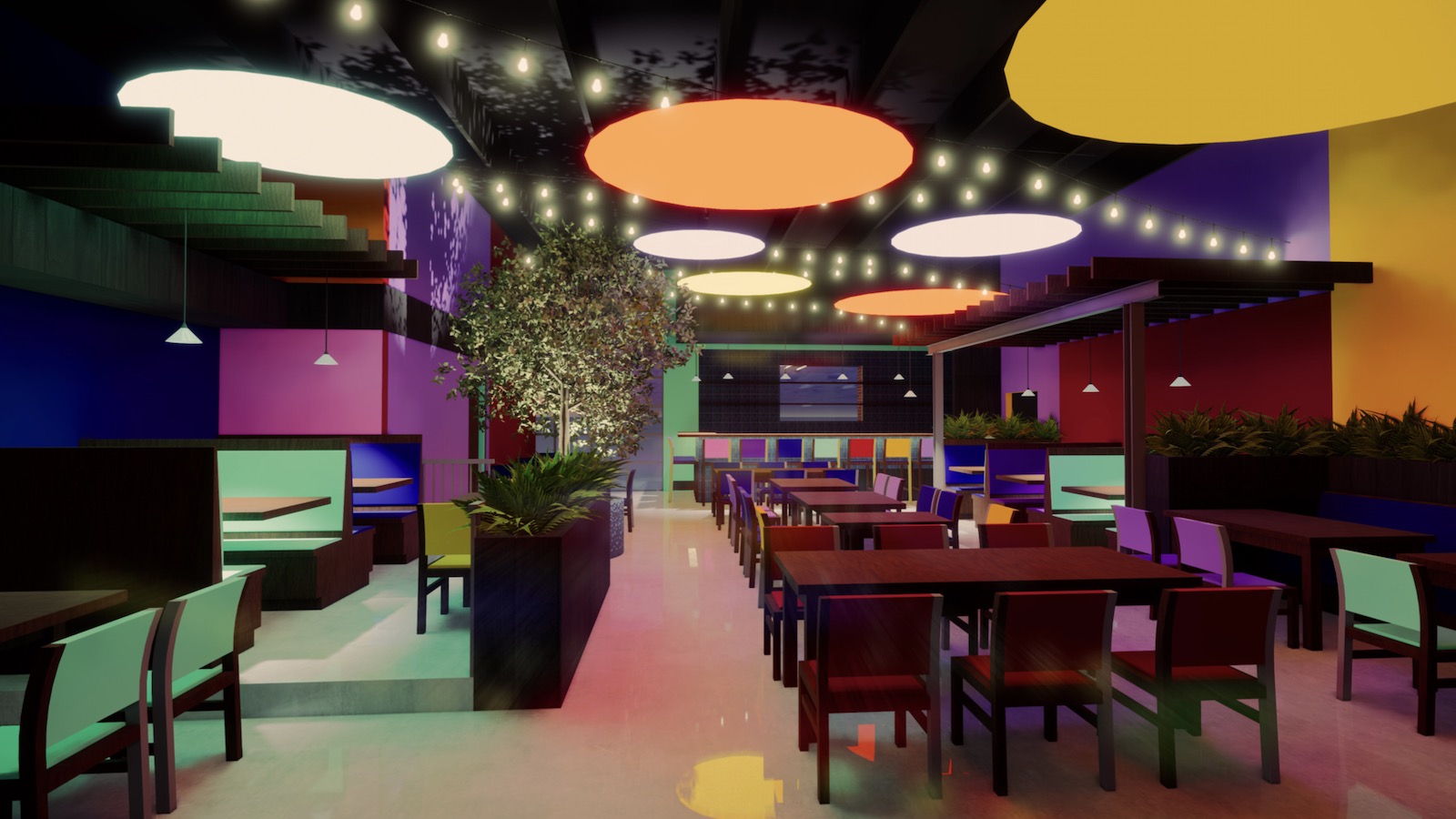 Inside, Noche will feature bright, bold decor and natural elements, including water features, live trees and greenery, which bring elements of the outdoors to the socially-distanced dining area.

During the warmer months, two accompanying patio spaces will offer seating on both the North and South sides of the building. On the North, Drilling says, the outdoor space will showcase a water feature and seating for about 30 guests.

The second outdoor dining area will include a large outdoor fireplace, extensive landscaping and seating for about 72. 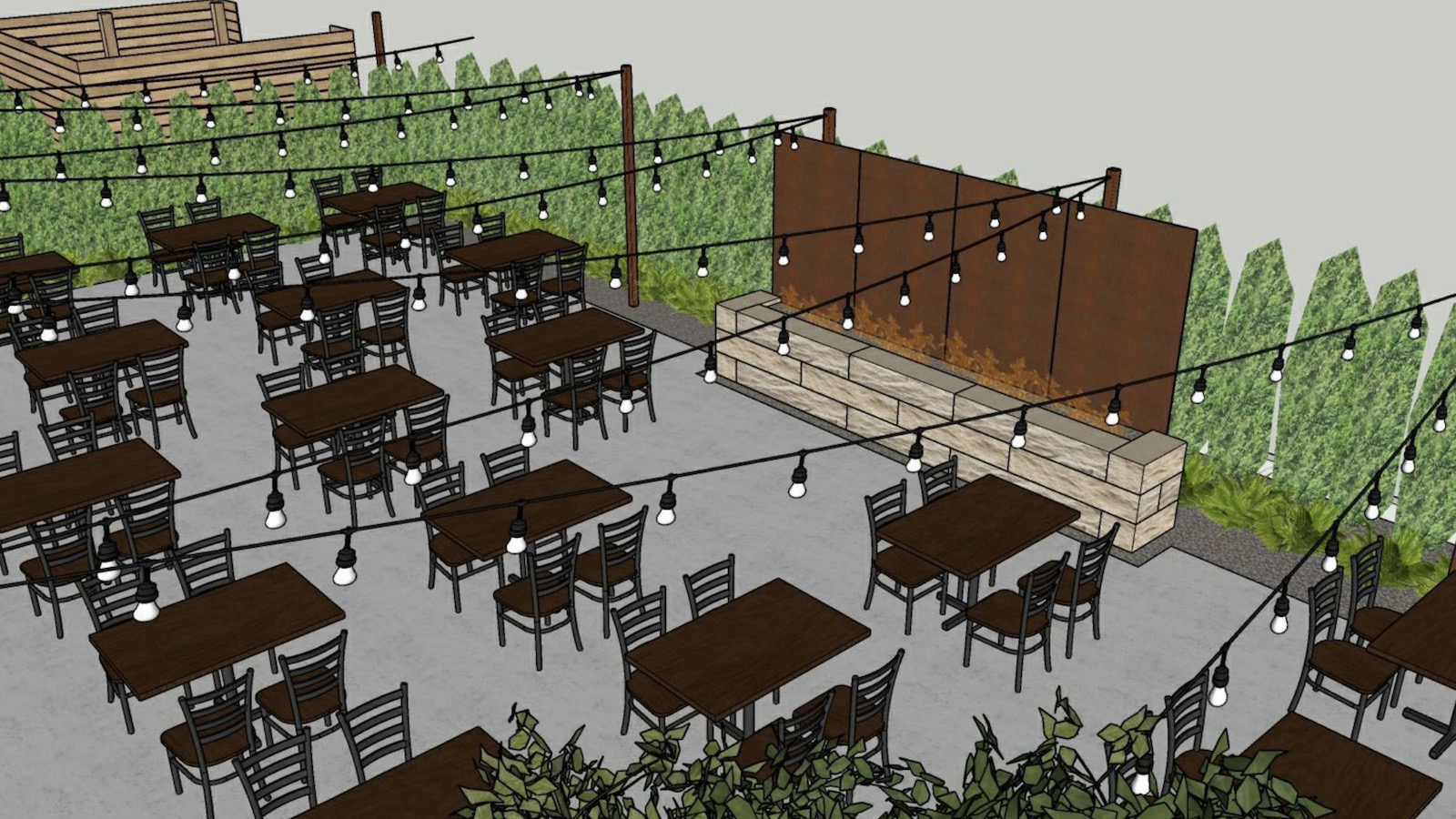 The menu will feature both entrees and small plates which will change out quarterly and showcase dishes from a rotating cast of locales in South America, Central America and the Caribbean.

The first menu might feature dishes from Brazil, El Salvador and Puerto Rico," says Drilling, "And the next quarter we’ll change over to Peru, Belize and Cuba.

The menu will be accompanied by beverage offerings, including wine and cocktails, many from the countries of origin.

To execute the concept, Drilling has hired an executive chef from El Salvador and a sous chef from the Dominican Republic who will take the lead in designing dishes for the ever-changing menu.

"For us, authenticity is the key," says Drilling. "We want someone who comes in, who is from that country or is familiar with the cuisine, to walk away with an experience that really resonates.

Drilling says they’ve also designed the menu to be flexible and affordable, with options that serve diners with a variety of price points.

Drilling says that, when he purchased the bank which now houses the Panther Pub, his goal was to create a venue that was very Greendale-centric while filling a need for the community. Dia y Noche, he says, goes beyond that mission.

"We’ve really made an investment in creating a place that’s visually special," says Drilling, "And we’ve gone to great lengths to create something that’s bold and interesting, creating a destination restaurant that will attract not only residents of Greendale, but also diners from the surrounding areas."